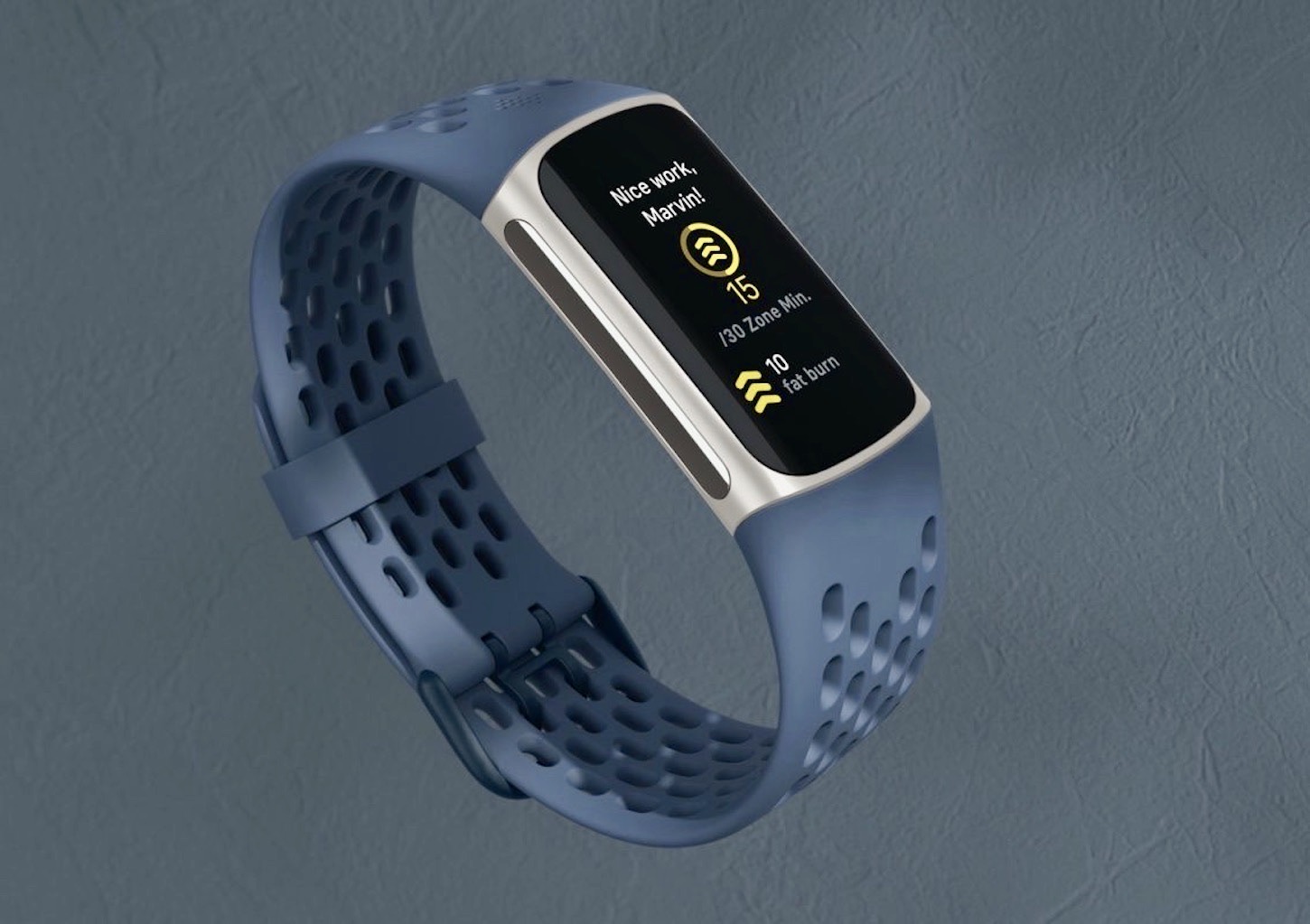 Following the release of its Luxe fitness tracker earlier this year, Fitbit has announced the launch of its latest Charge 5, which boasts a number of major upgrades that include being the Fitbit tracker to feature an always-on display (AOD).

As previously leaked, the Charge 5 is the first tracker from Fitbit’s Charge range to support a color display, wherein small OLED touchscreen panel replaces the previous monochrome display and side touch panel. Moreover, the interface is very similar to what’s found on the Luxe, which  supports notifications, quick replies on Android, NFC payments, as well as 20 custom clock-faces. Also, Fitbit says the Charge 5’s OLED display is twice as bright as the monochrome display on Charge 4.

As mentioned, another major upgrade is the addition of an always-on display option. This is the first time the feature has ever been offered on a Fitbit tracker, though the company does note that it has a significant effect on the battery. Without the AOD, Charge 5 has a claimed battery life of up to seven days.

On the wellness side of things, the Charge 5 is capable of providing metrics such as heart rate, steps and workout tracking, as well as skin temperature and SpO2 readings. Sleep tracking is also fully supported on the new device, as well as Fitbit’s new “Daily Readiness Score.”

Additionally, the Charge 5 also features Fitbit’s ECG sensor technology, which is designed to give users valuable information regarding stress management and other similar readings.

Lastly, according to Fitbit, the design of the Charge 5 is about 10% thinner compared to the outgoing Charge 4, which features new stainless steel accents on the side that are used for ECG and EDA sensors, while band is available in silicone, sport, nylon hook and loop and Horween leather materials.

The Charge 5 sells for $179, which comes with six months of Fitbit Premium for free to both new and returning subscribers.