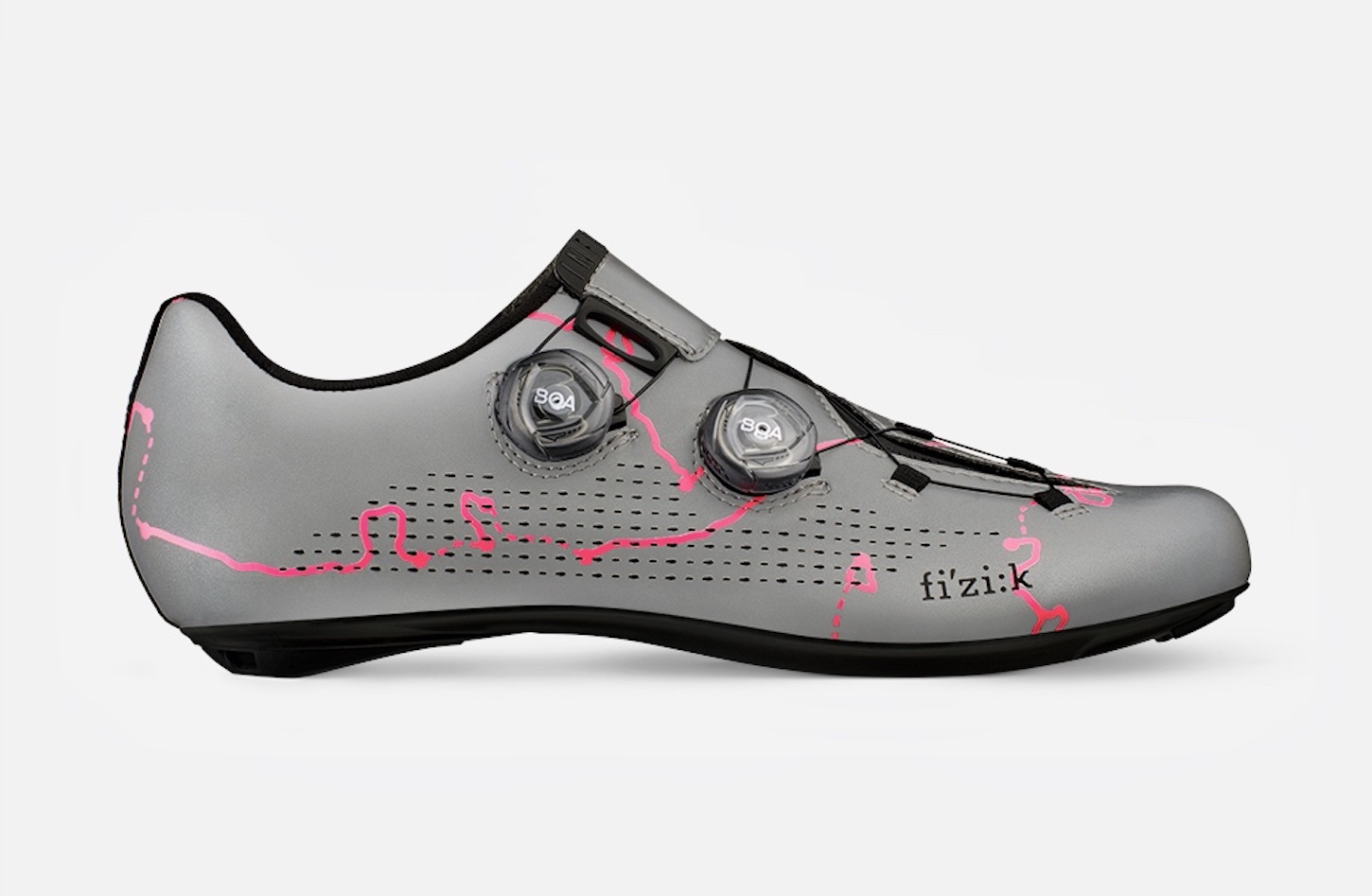 10 May 2019
By Campionissimo - In FEATURED ARTICLES, LATEST ARTICLES, THE DOUBLE DIAMOND

To celebrate 100 years of the Giro d’Italia after it was paused for World War I, Fizik has launched a special edition road shoe called the Infinito R1 19 19.

The Infinito R1 19 19 features a unique reflective upper that’s intended to give a nod to the riders who raced countless hours in the dark during that year’s edition of the Giro, with some stages as long as 411.2 kilometers.

“With no lights, and on roads torn and decayed by years of conflict and neglect, 1919’s grand tour racers faced long, hard, unpredictable stages, often riding late into the dark. We must respect all the riders, not least the admirable qualities of those 15 who somehow made it to Milan,” says Fizik.

Additionally, pink graphics outline the route of that year’s Italian Grand Tour, while sharing the same features as the standard Infinito R1 such as twin Boa dials, a full carbon sole and of course a bigger price tag at $450 (£350).

The Infinito R1 19 19 is available exclusively from Fizik’s webstore here.