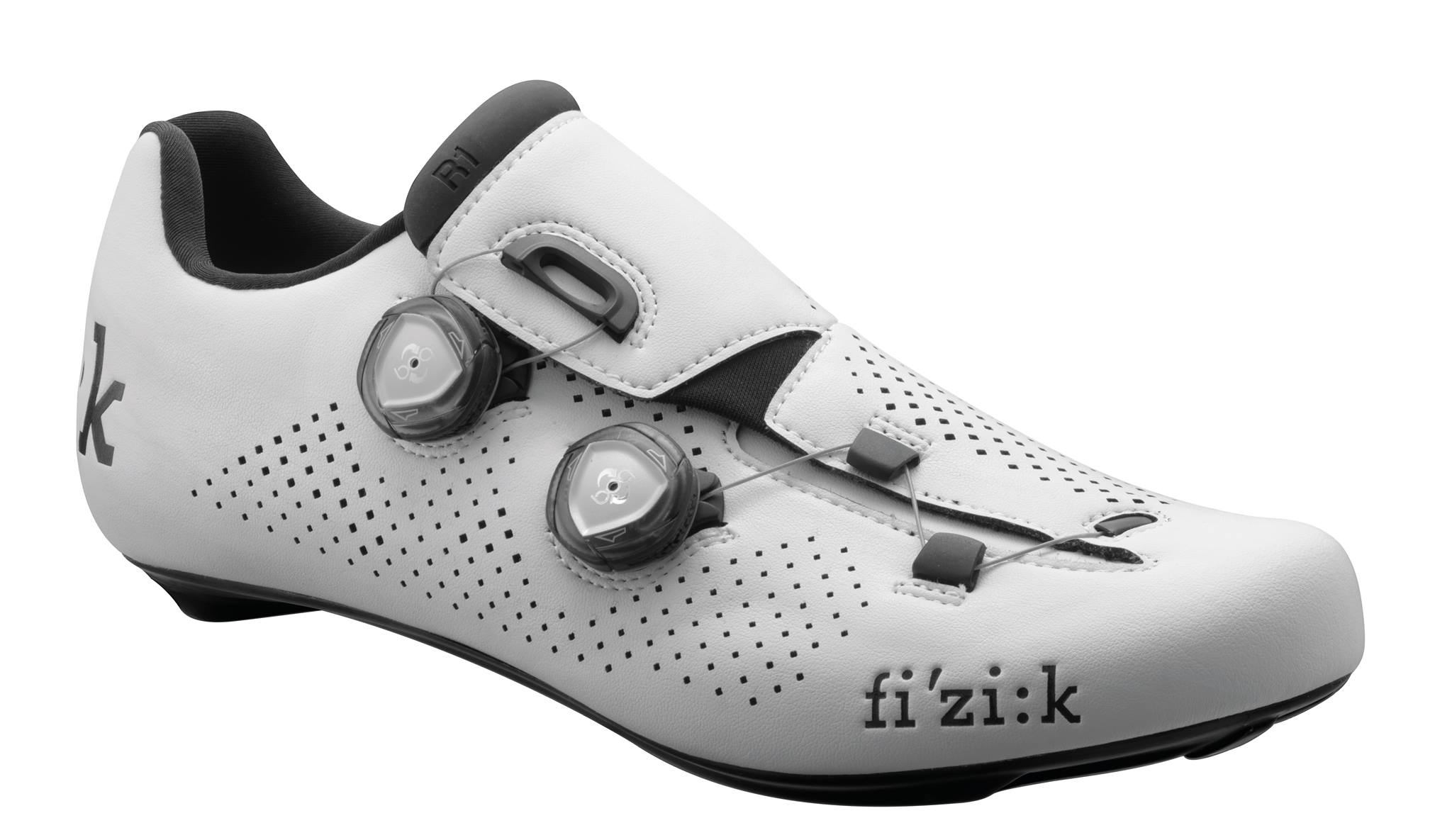 Fi’zik debuted the latest version of its flagship road shoe at this week’s Eurobike show – the R1B.

The new R1B distinguishes itself from its predecessor, by virtue to its new, single wire Boa closure system.

Indeed, the new BOA system, uses a single wire to pull the large wrap-over section across the shoe, while the second dial controls a wire that zigzags across the forefoot, effectively closing the front of the shoe, to create a glove-like fit.

In addition, the R1B features a new last, which is characterized as having a wider and flatter shape at the forefoot, which Fizik describes as a “more natural” fit.

The outer-sole of the new R1B claims to be 20% lighter that it’s second-tier counterpart, the R3, by 67g. According to Fi’zik, this was accomplished by shaving away excess material, a minimalist sole, lazer-cut ventilation ports in key areas and streamlining the profile of the shoe itself.

In addition, comfort has been improved as well, via soft silicon tops, which have been added to the tongue section.

In all, the new R1B looks to be in keeping with Fi’zik’s exquisite attention to detail – driven by performance.

However, like all nice things from Fi’zik, the new shoe comes with a hefty price tag as well.