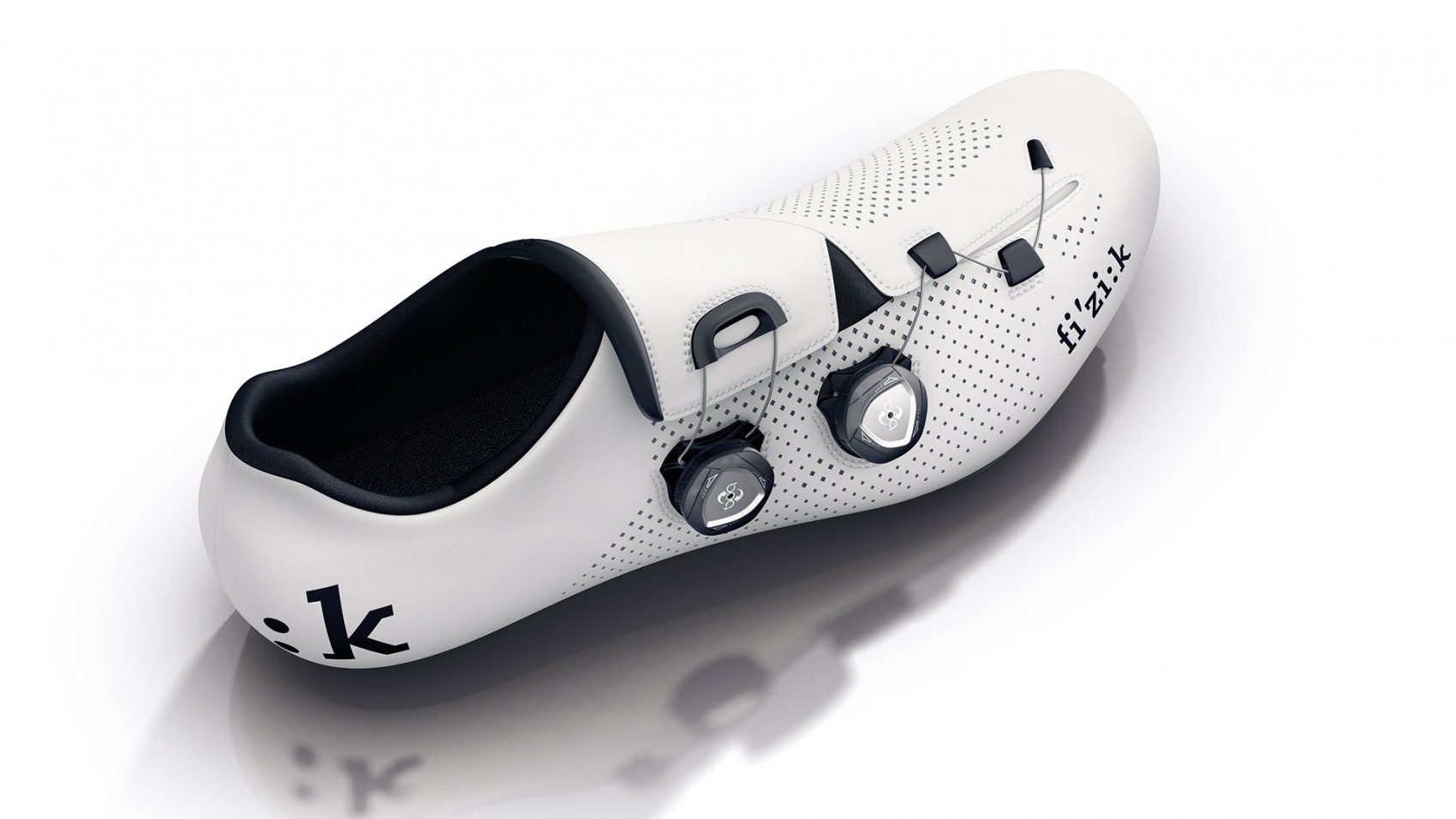 The BOA dial system has taken over the cycling shoe segment like no other, leaving the velcro strap behind to dwell alongside down-tube shifting.

Fortunately for Fizik, the Italian brand has heeded the call and revamped its full range of road shoes to include the addition of this novel lacing system, especially with its flagship R1B Uomo – which actually gets two BOA dials.

Previous versions of the R1 relied upon a dated ratchet style closure and two velcro straps.

In past reviews, I found the shoe to be both poor-fitting and clumsy in terms of performance.

However, according to Fizik, they didn’t just throw a set of BOA dials on the new R1B. Rather, they revamped the shoe entirely, to include a reshaped upper and new carbon sole.

For example, Fizik says they extended the inside section of the upper so it comes across the top of the shoe, thus shifting the center of pressure from the top of the shoe (a chief complaint from a lot of cyclists) and off to the side when tightening.

In addition, the new R1B Uomo received laser-cut perforations through-out the upper, along with venting on the soles, for improved ventilation. Furthermore, the shoe has an improved heel cup for increased stability, as well as upgraded padding and materials inside the shoe for greater comfort and moisture management.

The R1B Uomo doesn’t come cheap at $400. But if the shoe performs as expected, there’s no price too great for foot comfort.