Focus on Mathieu Van der Poel “A Rider for All Seasons” 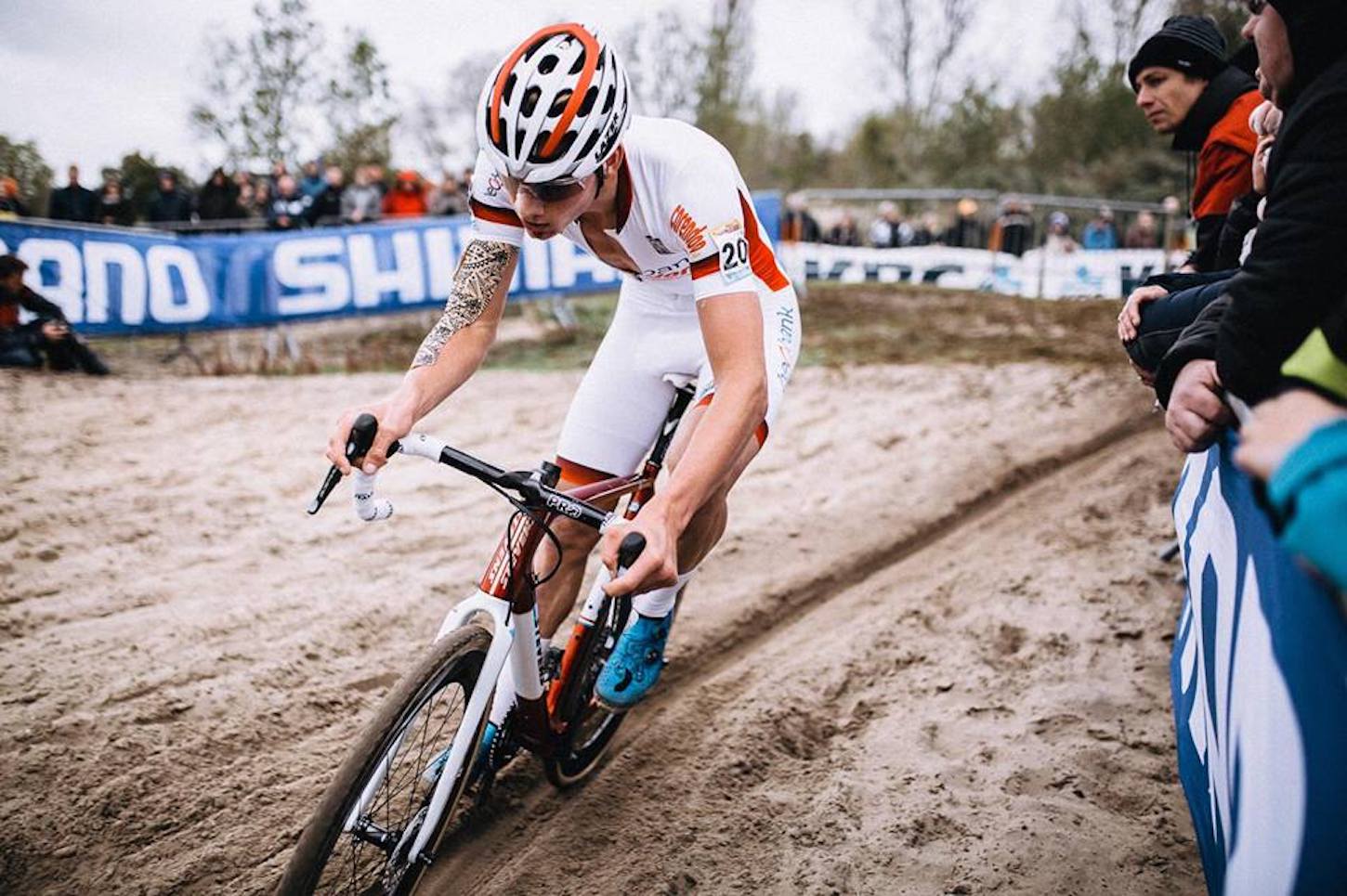 Mathieu Van der Poel of the Netherlands accomplished a rare feat this month, after becoming his nation’s Champion in cyclocross, road and mountain bike all in the same calendar year. The only comparable result is French rider Pauline Ferrand-Prévot’s remarkable similar triple in 2014-2015, when she held the Elite Women’s UCI world titles in the same three disciplines [road in 2014, cyclocross and mountain bike in 2015].

The Dutch rider has been recognized as a rare talent since he was a Cadet – winning the national cyclocross title for that category in 2010-11. When he turned Junior the next year, he won his first UCI world title, as well as the Junior World Cup title, and repeated the following year; also becoming European Champion in both years – in his final Junior year, he won 32 of 32 races he entered.

Van der Poel also proved his ability on the road, becoming the Under-23 road UCI World Champion in 2013, and in the 2014-15 cyclo-cross season became the youngest ever Elite World Champion, at the age of 20. In the most recent cyclocross season, Van der Poel won an incredible seven World Cup races out of nine.

It is often suggested that he was destined to greatness as a cyclist – his father, Adri Van der Poel, was the Cycloccross UCI World Champion in 1996, as well as winning two stages of the Tour de France and such Classics as the Tour of Flanders, Liège-Bastogne-Liège, Amstel Gold Race, and Clásica San Sebastián. However, his family’s history goes back further: his grandfather is the legendary Raymond Poulidor – eight times on the podium of the Tour de France, winner of the Vuelta a España, Milano-San Remo, Flèche Wallonne, Paris-Nice and Critérium Dauphiné.

Having established his credentials in cyclocross and on the road, Van der Poel turned his attention to mountain bike in 2017, announcing his interest in going to the 2020 Olympics. His first World Cup was in Nove Mesto na Morave, Czech Republic, starting well back in 90th place on the starting grid, he finished eighth, and one race later, in Albstadt, Germany, was challenging UCI World Champion Nino Schurter for the win, eventually finishing second after crashing.

This season, he has finished on the podium in four out of five World Cup races thus far, and currently sits second in the overall standings.Most experts think it is a matter of when, not if, he wins his first UCI Mountain Bike World Cup, and Schurter – the dominant rider on the circuit – points to Van der Poel as the rider he is always most worried about.

In Tokyo, at the 2020 Games, he will be only 25 years old, so if he meets his mountain bike goals there what will be next? A return to cyclocross? A career on the road? Whatever it is, Mathieu Van der Poel will likely be at the front of the field.