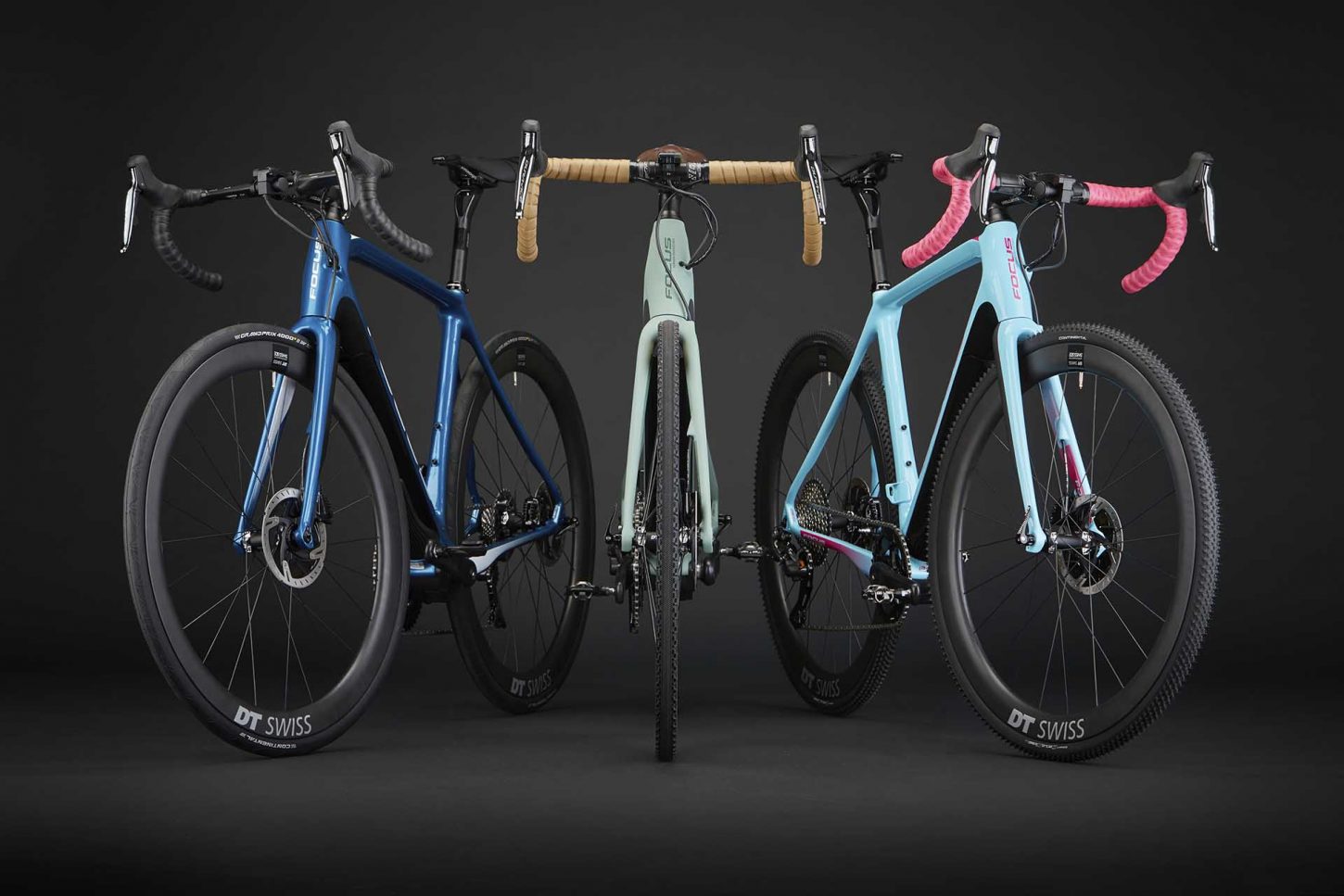 Focus has unveiled a range of new electric bikes under the banner of PROJECT Y.  However, unlike most eBikes, which are often bulky and awkward looking, and more rightly fall under the guise of urban cycling, the PROJECT Y bikes are almost indistinguishable from traditional road models.

According to Focus, the PROJECT Y bikes retain their traditional road bike appearance, courtesy of a specially fabricated full carbon frame, which is able to house a lightweight Fuzua Evation electric drive system within the areas of the bottom bracket and downtube, while only adding a little more than 2 pounds to the bike.

However, what really distinguishes the Fuzua Evation set-up from other electric drivetrains, is that it can be completely removed, allowing owners to convert their bikes into a traditional pedal-powered two-wheeler.

What makes the Fuzua Evation system so light, is its small capacity 250w battery, which compared to most others is half the size.

While some may feel this limits the amount of time and distance that can be travelled, Focus responds by saying that its PROJECT Y bikes are  designed to provide assistance only when needed, such as challengingly gradients, tricky terrain or starting out in traffic, where it can deliver up to 400 watts of additional power.

“We want maximum performance at all times and on every leg of the ride, so we are integrating an electric motor to provide assistance in those critical situations. However, the assistance only kicks in when you really need it. On slopes, off-road or when setting off – whenever it’s possible to eke out a little more,” says Focus.

Other features that punctuate the PROJECT Y range of bikes, include clearance for tires up to 35mm (depending on mudguards), full internal routing for all shift cables and brake hoses, hydraulic disc brakes, Boost standard 12mm thru-axles and wider front (110mm) and rear (148mm) axle diameters.

Focus is currently showing a number of different configurations that comprise its PROJECT Y range of bikes, which include road plus (i.e. gravel bike), cyclocross and road.

There’s currently no official word from Focus regarding pricing and availability, however, the German brand has seen fit to create a dedicated section on their website solely for the PROJECT Y.

PROJECT Y is our platform for the electric future. A playground for innovations and a forum where dreams are the topic of conversation. Here is where we showcase what is possible. Designs and ideas conceived by passionate cyclists – our engineers and product managers. We offer approaches without strict definitions. The Y in PROJECT Y stands for ‚Why‘: Why is the current technology going in only one direction? We scrutinise the developments in our industry and blaze new trails when the cycling industry is already following established well-travelled routes. We want to inspire, collect feedback and encourage discussion. The right arm of the Y symbolizes the new paths we are taking.

The actual implementation of the project plays a decisive role in this respect. In the past, we have seen a wealth of ideas concerning e-bikes – both futuristic utopias and viable project sketches. However, the majority of these visions never make it off the drawing board. Concepts with no practical implementation are not open to assessment. Drawings are easier to visualise, but a ridable model is the only way of truly evaluating an e-bike.

That’s why the PROJECT Y always also looks finished, even though it’s actually still in the prototype phase. After all, a test ride reveals the faults and issues that we cannot see in drawings. Despite everything, it is an ongoing project and we would like to invite you to get involved and provide us with your feedback. The PROJECT Y concepts don’t strictly ever have to make it to mass production… but they can, if they rouse enough interest.