The Forgotten Study in the Carb-Fat Diet Performance Debate 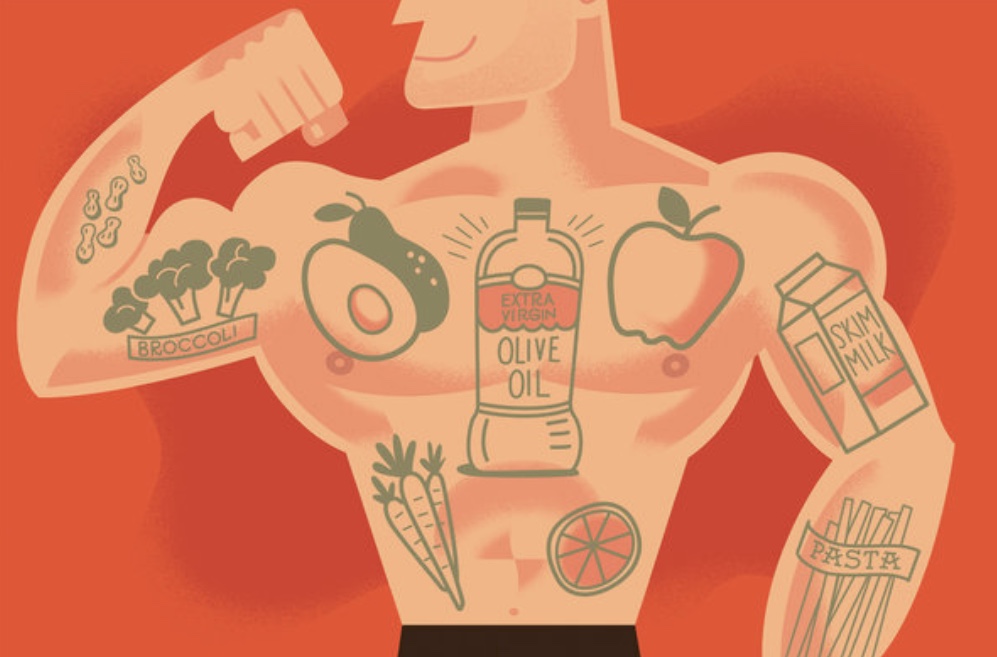 article by Paul Laursen of Plews and Prof

I alluded to coming across this study in our last post. Recently attending the Sport and Exercise New Zealand Conference in Queenstown, in my own backyard, I watched the main author of the study, Associate Professor David Rowlands, present the work he completed during his PhD in this area. David’s study is the focus of this post. Admittedly, I may have missed it, but up until that point, I hadn’t been aware of this study and I’m not sure why it hasn’t been discussed more within the context of the carb:fat diet debate to date.

I believe David’s work is important because it helps explain many of the anecdotal findings people are reporting (including The Plews and I) whilst experimenting with different diets and exercise performance over the years. Our hope is that this post might 1) help you consider tweaking your own diet around endurance performance and 2) offer areas of study that researchers, including our own group, might dig deeper into.

So as I understand it, David was completing his PhD at The University of Otago (Dunedin, NZ) in the late 1990’s under the guidance of esteemed Professor Will Hopkins. I think he was ahead of his time, because he was interested back then in exactly what many of us are increasingly interested in today.

Finally, he addresses another important question that many of us have pondered. That is, if the study outcome goes as we expect, with fat winning for long duration, and carbs winning for short high-intensity, might a periodised nutrition strategy offer us the best of both worlds?

David’s a handy cyclist himself, and that must have gone a long way towards his ability to get such a great group of riders together. A small but elite group of 7 nationally competitive cyclists and triathletes (VO2max = 72+/-7 mL/kg/min) were recruited, training 16 hours a week on average.

He got these guys to do four strict 2-week nutrition blocks (see figure right) that were vastly different in terms of their macronutrient breakdowns. These consisted of, generally, the diets that have been hotly debated in recent years; mixed normal diet, high-carb low-fat diet, low-carb high-fat diet, and a periodised diet, low-carb then high-carb diet (see table below). Each 2-week diet phase was separated by a killer performance test (see figure below) that assessed aspects of high-intensity short duration (15 min) performance, as well as prolonged ultra-endurance (5 h) cycling performance, all in the same go. For each performance test, cyclists received an equal-energy pre-exercise meal, and the same volume of fluid and carbohydrate supplementation during exercise (58g/h).

What the Study Found

Although there was a reducing effect in the high-fat condition for this test (-2.4% in mean distance covered), the effect wasn’t greater than the error inherent within the measure. In athletes with big engines, and with this specific test, it was difficult to make any clear calls on diet’s effect over the 15-min high-intensity performance, although the trend was that 15-min performance was diminished with the 14-d high-fat diet relative to the others.

Here’s where things started to really get interesting. For prolonged ultra-endurance performance in well-trained cyclists, there wasn’t too much question regarding what won out in these elites. The old fashioned high-carb diet (pink line) blunted fat burning ability, and long duration performance suffered. They bonked. Normal “balanced” diet (green) came in second. The high-fat diet (red) came in third, and periodized high-fat to high-carb diet (blue) appeared to give them the best of both worlds in terms of the ability to retain fat burning and also maximize a high- intensity finish (the kick) after prolonged exercise.

Importantly, because we are all unique individuals, have a look also at the individual response to the diets. This happens in every study where we look at the average response in a population – we all respond a bit different depending on who we are and what life throws at us, and not everyone responds positively (refer to The Plews’ blog post on the individual response). However, in this study, more often than not, for prolonged endurance, it was the higher fat diet that seemed to enhance prolonged performance and not impair it.

If we can accept that the higher fat diet is superior for prolonged performance, why is this likely to be the case? As David shows nicely in this slide below, we humans possess the remarkable ability to adapt relatively fast to our available food sources, and according to this study, we seem to be able to adjust after as short a period as 2-10 days.

Remember that the provision of energy from fat fuelling is, for the most part, unlimited in us, even in the leanest of individuals. So tapping into this source is critical if prolonged performance matters. As this study demonstrates, a foundation of fat burning is the first step towards maximising ultra-endurance performance. In the high-fat diet condition, mean fat oxidation rates averaged 0.93 g/min, and were seen as high 1.6 g/min individually, supporting a VO2 of 3.01L/min, or 60% VO2max. That is substantial sustained power, without sacrificing top end glycogen use.

That top end is obviously important, and we want to be able to tap into it when it matters most. A couple of points to note here. Even though the high-fat diet didn’t have much carbohydrate in it over 11-14 days, the athletes were still able to use carbohydrate at high rates at the end of their test when they needed to (ie, the body made its own carbohydrate from fat/protein – as carbohydrates are non-essential nutrients). This was clearly a better strategy than the high- carbohydrate diet for the 5-h trial for most athletes. This goes against many leading sports nutrition industry advocates who tend to promote the need to maintain a high-carbohydrate diet so that we maximise endurance training, adaptation, and performance. As David’s study shows, this is probably not the best way to train if you want to maximally adapt. Remember also from our recent study (featured in last 2 posts), that even at high exercise intensity, fat oxidation is critical to performance.

What’s also cool is how, at least in this study and with these individuals, most seemed to be able to handle not losing too much of their fat-burning abilities over the 2.5 pre-performance days on the high- carbohydrate diet, and were subsequently able to tap into a greater stored carbohydrate reserve whilst still retaining high-fat oxidation rates. In this study, the periodised high-fat diet with a high-carb top up was best. Stable RER, stable power, no bonk and a high-end sprint ability at the finish – exactly what we want. Ultimate performance.

Anecdotally speaking, and after now three years of experimenting, this is what The Plews and I (and others we work with) know works best for us around training for our own individual performances.

To finish, there will be those who poke holes in this study and say “but it was only 7 subjects”. Granted. However, with an appreciation of what’s required to do this sort of work, I can only think about the study’s achievements including relatively controlled diets for 14 days, 5 hour killer performance tests, and highly-trained status athletes. Having been through training studies myself, as both subject and researcher, I take my hat off to all those involved, and especially David.

From the early years, I’ve been captivated by sport, and fascinated with how athletes can do what they do. This curiosity has driven me to study the sciences that explain human movement and sport performance. As I’ve aged, the areas of health and longevity have crept into my curiosity. In the process of experimenting with my own performance and health, and looking deeper into the research, I discovered that much of what I was taught as an undergraduate was wrong. With my training buddy, The Plews, we’re here to set the record straight.