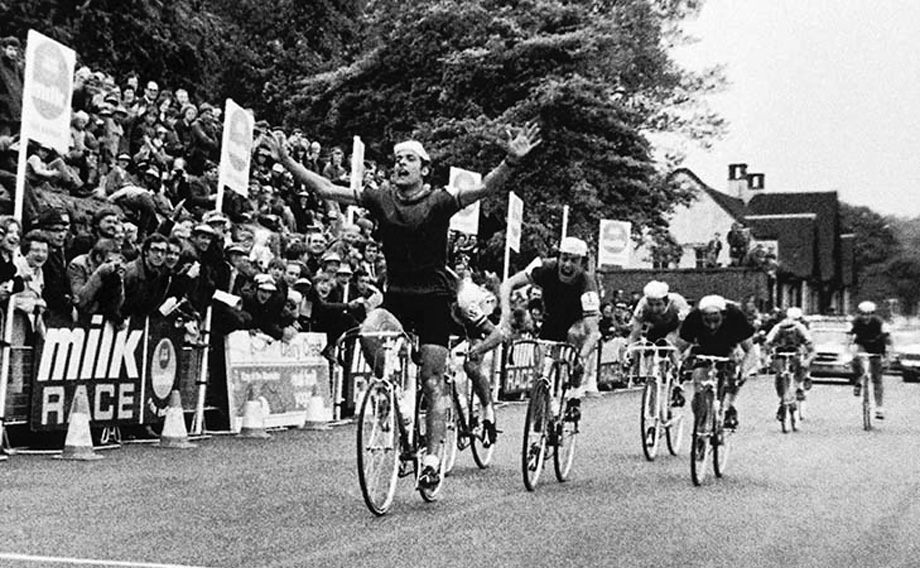 According to British media outlets, the 67-year old Edwards died of an apparent heart attack in Monaco, where he resided for many years.

Edwards was part of a hot-bed of talented, ambitious amateur cyclists, who emerged on scene in Great Britain during the early 1970’s.

Racing alongside compatriots such as Phil Griffiths, Bill Nickson, Phil Bayton and Les West, Edwards quickly established himself as a formidable “classics” racer – most notably in the UK’s famous Milk Race.

However, Edwards’ breakthrough came during the 1972 Olympic Games in Munich, where he won the bunch sprint to take sixth place in the road race.

Following the Olympics however, Edwards found himself amongst a flood of other amateur riders looking to turn professional.

Interestingly, it was Edwards’ Italian mother who succeeded in securing her son a slot with a pro team, after she managed to convince none-other-than Ernesto Colnago to take him on as member of his development team.

From that moment on, Edwards spent the next three years living and training in Tuscany.

Notoriety from victories in small, local races eventually earned him a professional contract to ride for Francesco Moser’s Gelati Sanson team in 1974.

From there, the young British rider became known as Moser’s loyal right-hand-man, helping the Italian star triumph in the Classics and Giro d’Italia.

Edwards retired from pro cycling during the 1980 season, following a bad crash that left him with lingering injuries.

Edwards went on to join his brother Mark in a successful distribution business back in the UK called Caratti Sport, which later became the largest distributor of premium cycling goods in Great Britain.

During the mid 1980’s, Edwards became the chief distributor for Specialized mountain bikes in the UK, and later Trek, a stint that would last some twenty years, before he sought retirement in Monaco.

Despite developing a heart condition over time, Edwards continued to ride.

However, in his later years, he instead took up walking, often taking long strolls along the mountains tops above Monaco where he owned a small restaurant.