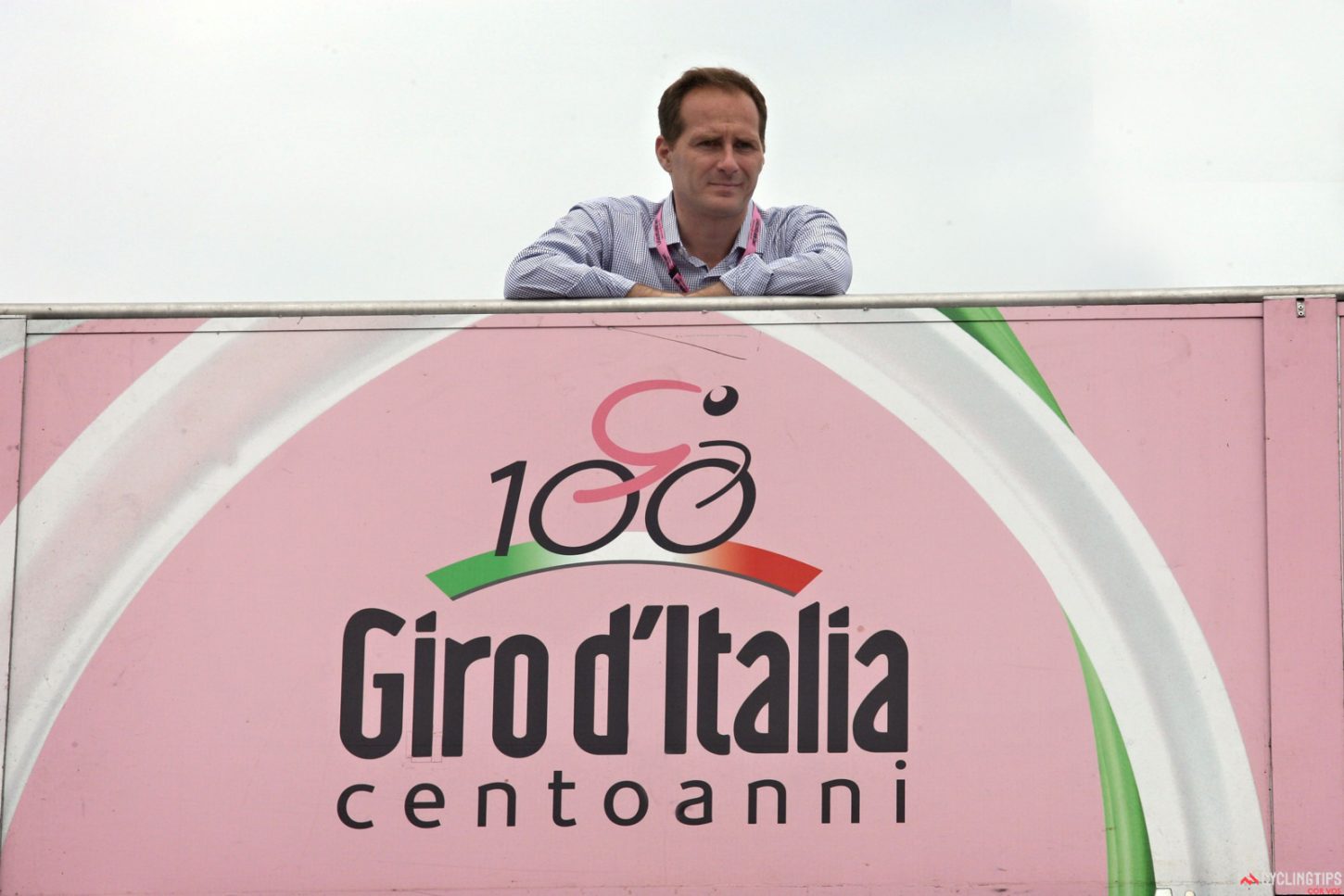 Word came this week from an Italian court in Milan that, after more than six years of false accusations, investigations and legal wrangling, former Giro d’Italia chief Michele Acquarone has been cleared of the fraud and embezzlement charges that were levied against him by his former employer in late 2013. According to reports in the Italian media earlier thus week, Acquarone and six other former officials of RCS Sport, the parent company of the Giro, including Acquarone’s former colleague Giacomo Catano, have been acquitted of all charges.

Acquarone has protested his innocence for years, and has been fighting the slow-moving and bureaucratic Italian justice system to clear his name ever since he was sacked in late 2013. Not only did he lose his job at the Giro, where he widely considered to be a rising star, the allegations made it almost impossible for him to find employment elsewhere. Although he eventually started working for a digital media company, he has been forthcoming about both the psychological and economic tolls that the affair has taken on him and his family.

Meanwhile, Laura Bertinotti, a former junior manager in the company, was found guilty and sentenced to more than eight years in prison. In a long investigative piece on VeloNews about the whole incident some 18 months ago, The Outer Line detailed suspicions about Bertinotti, and suggested that she – along with others she was connected with – was likely the primary figure behind the crime. A young but politically well-connected financial analyst who joined RCS in 2005, a year before the cash withdrawals allegedly began, she is the daughter of a wealthy Italian businessman, Antonio Bertinotti. The senior Bertinotti worked with RCS Sport on other events, and had extensive interests in real estate and retail businesses, including ownership of the Arona football club.

Reached late this evening at his home in Milan, Acquarone told VeloNews that he was obviously relieved to have the affair behind him, and he thanked all those who have believed in him during these several very difficult years. “I can’t believe its finally over,” he said. “I’m just glad to have my dignity and reputation returned. Even for my kids at school, tomorrow will be a better day.”

At the same time, he clearly realizes he will never get those six valuable, mid-career years back again. Ever philosophical about his predicament, he adds, “I think one of the great French philosophers said ‘justice delayed is justice denied’ and I have to live with that.” But, he says, “One thing I have learned – you can be a happy guy, even if you are far from the spotlight. So long as you have your family and the people you love, you can be happy. I’m still a lucky guy, and I’m happy with my life.”

Asked if he has any interest in possibly returning to the sport, Acquarone is cautious. “I don’t know, maybe it is too late? I have a good job now, and I love my job. But of course I still love cycling, and if there would be an opportunity, I know that I can do a lot for the sport. Of course, my heart is still in cycling.”