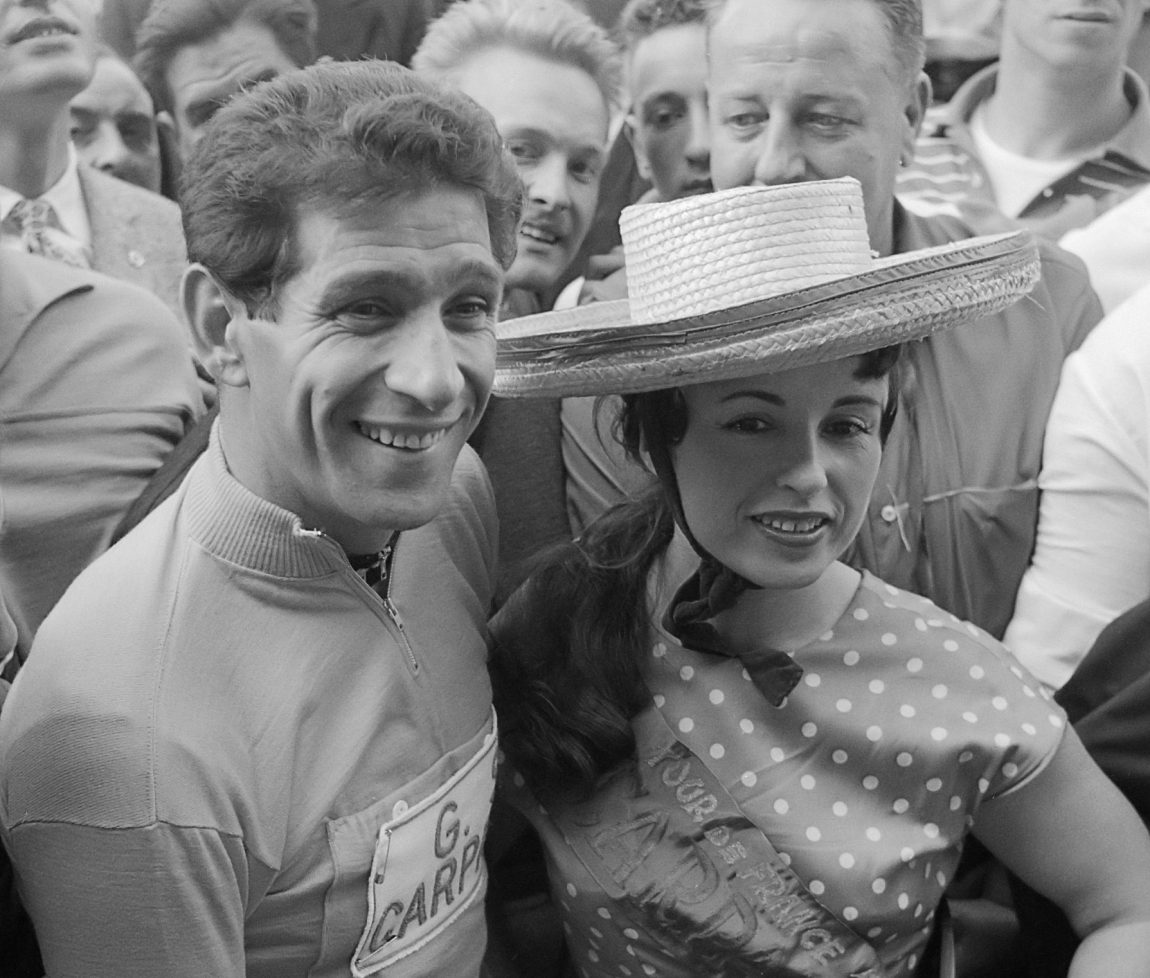 The Italian rider is best remembered for winning the 1957 Giro d’Italia ahead of Louison Bobet of France and Ercole Baldini of Italy, which was followed up by another Grand Tour victory in 1960, when he won the Tour de France ahead of Graziano Battistini of Italy and Jean Adriaenssens of Belgium.

In addition, Nencini also won the Mountains Jersey in the 1955 Giro d’Italia and 1957 Tour de France.

Nencini turned professional in 1953, quickly earning himself the nickname Il Leone del Mugello, (“The Lion of Mugello” after the name of the town where he was born), demonstrating his talent as a great all-around rider, particularly as both a powerful climber and descender.

In fact, his prowess as a skilled descender became so renown, rivals such as Raphaël Géminiani were quoted as saying, “the only reason to follow Nencini downhill would be if you had a death wish”.

This came after the French rider tried to follow Nencini down a mountain pass, along with Roger Rivière, who missed a bend and subsequently crashed over a wall – fracturing his spine.

Another famous incident involved a downhill race between Nencini and Henry Anglade, when the two riders agreed to face-off in a descent in the Dolomites during the Giro d’Italia.

“I couldn’t tolerate the idea that Nencini was the best descender of the peloton. I said to him, call the blackboard man, we’ll do the descent together and whoever comes second pays for the aperitifs this evening. So he called the ardoisier and asked him to follow us. The road was of compressed earth. We attacked the drop flat out. I let Nencini take the lead so that I could see how he negotiated the bends before attacking him. In the end I dropped as though I was alone. At the bottom, I had taken 32 seconds out of him, written on the blackboard. I was really tickled. I had beaten Nencini. The next time I saw him was that evening in the hotel I was staying at. He had just bought me an apéritif!”

Despite a fairly lengthy career, outside of his Grand Tour victories, Nencini saw mostly second and third place podium finishes for the remainder of his racing days.

In fact, he holds the distinction of being one of only seven riders to win the Tour de France without ever claiming a stage victory. The other riders include Bottecchia, Bartali, Coppi, Gimondi and Pantani.

Nencini retired from racing in 1965, and became directeur sportif for Max Meyer, while also opening up his own bike shop.

Sadly, Nencini was only 50 when he died from lymphatic system failure.

A bronze monument of Nencini was later placed along the Futa pass overseeing his native town of Barberino di Mugello, which reads, “A Gastone Nencini. Il comune di Barberino, gli sportivi, i compagni di tante battaglie ricordano il campione mugellano” (“To Gastone Nencini. The administration of Barberino, the sportsmen, the comrades of many battles remember the Mugello-born champion”).