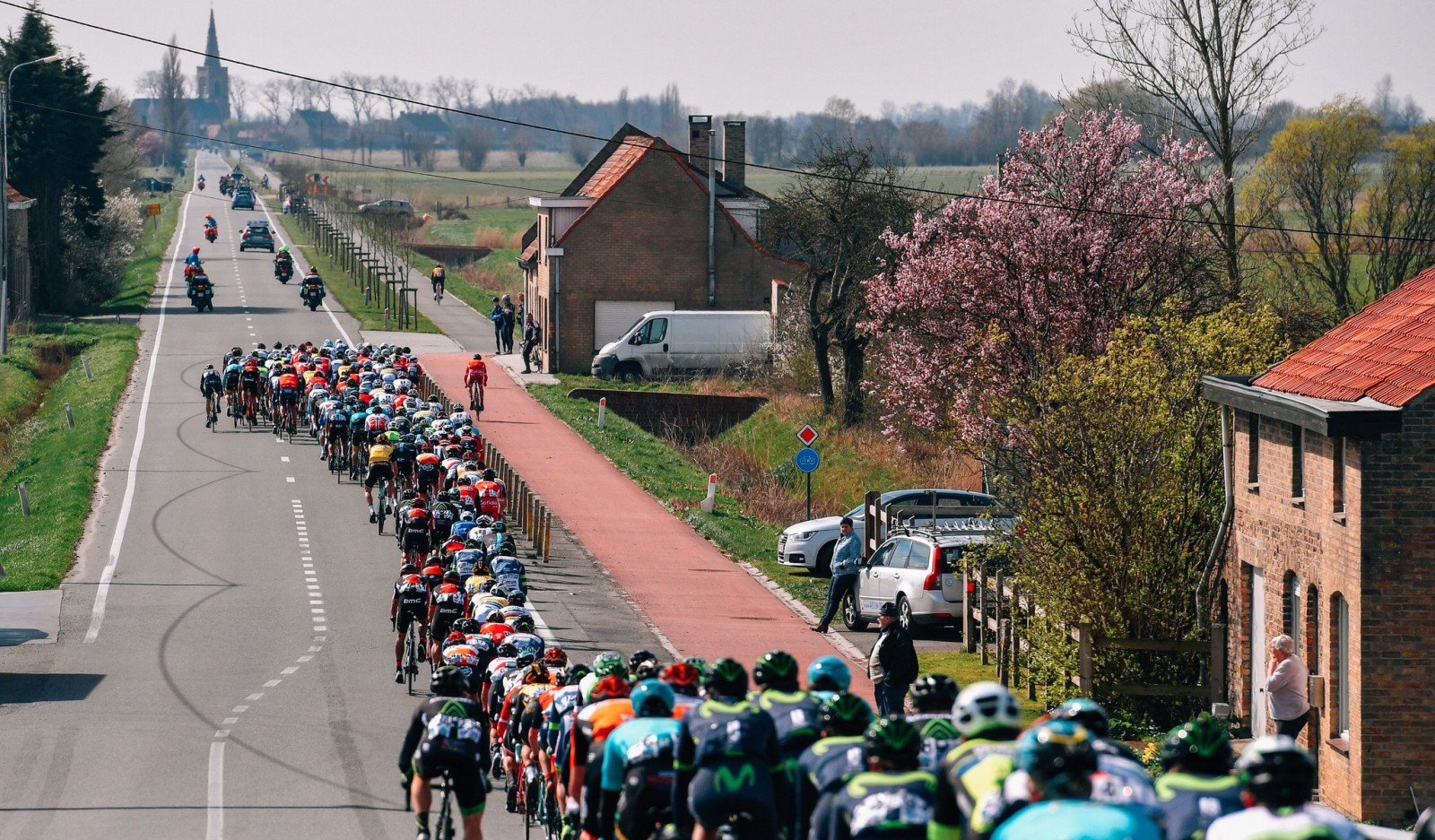 Meanwhile, World Champion Peter Sagan (Bora-Hansgrohe) rounded out the podium, after finishing 5 seconds down on the two leaders.

A crash at the start of today’s race involving riders such as Arnaud Demare (FDJ) and Oliver Naesen (AG2R-La Mondiale), briefly gave pause to the peloton.

From there, the group went on to establish an advantage of more than seven minutes over the peloton.

Behind the group however, strong winds proceeded to divide the peloton into different groups, alongside more crashes that forced some riders such as Mark Henshaw (Dimension Data) to abandon.

Back up front, the challenging climbs of the Kemmelberg and Monteberg served to fracture the breakaway group, leaving only Cheroot and Van Hecke out front alone.

The newly introduced Plugstreet in this year’s race, further served to break up the peloton even more, subsequently creating a small chase group that succeeded in reeling in all of the day’s escapees except Van Hecke, who managed to survive into the final 40 kilometers.

Following the final climb up the Kemmelberg, Van Avermaet decided to attack, only to have his move quickly followed by Sagan and John Degenkolb (Trek-Segafredo).

With 20 kilometers to go, Keukeleire decided to commence an attack of his own, causing a split in the front group, which left only Sagan, Van Avermaet, Terpstra and Andersen able to follow.

Van Avermaet and Keukeleire capitalized on a lack of cooperation between Sagan and Terpstra, surging ahead of their breakaway companions to create a considerable lead.

With their gap now insurmountable, Van Avermaet and Keukeleire entered the finishing straight with plenty of time to spare, with the BMC rider ultimately holding off his ORICA-Scott rival to seize the victory.