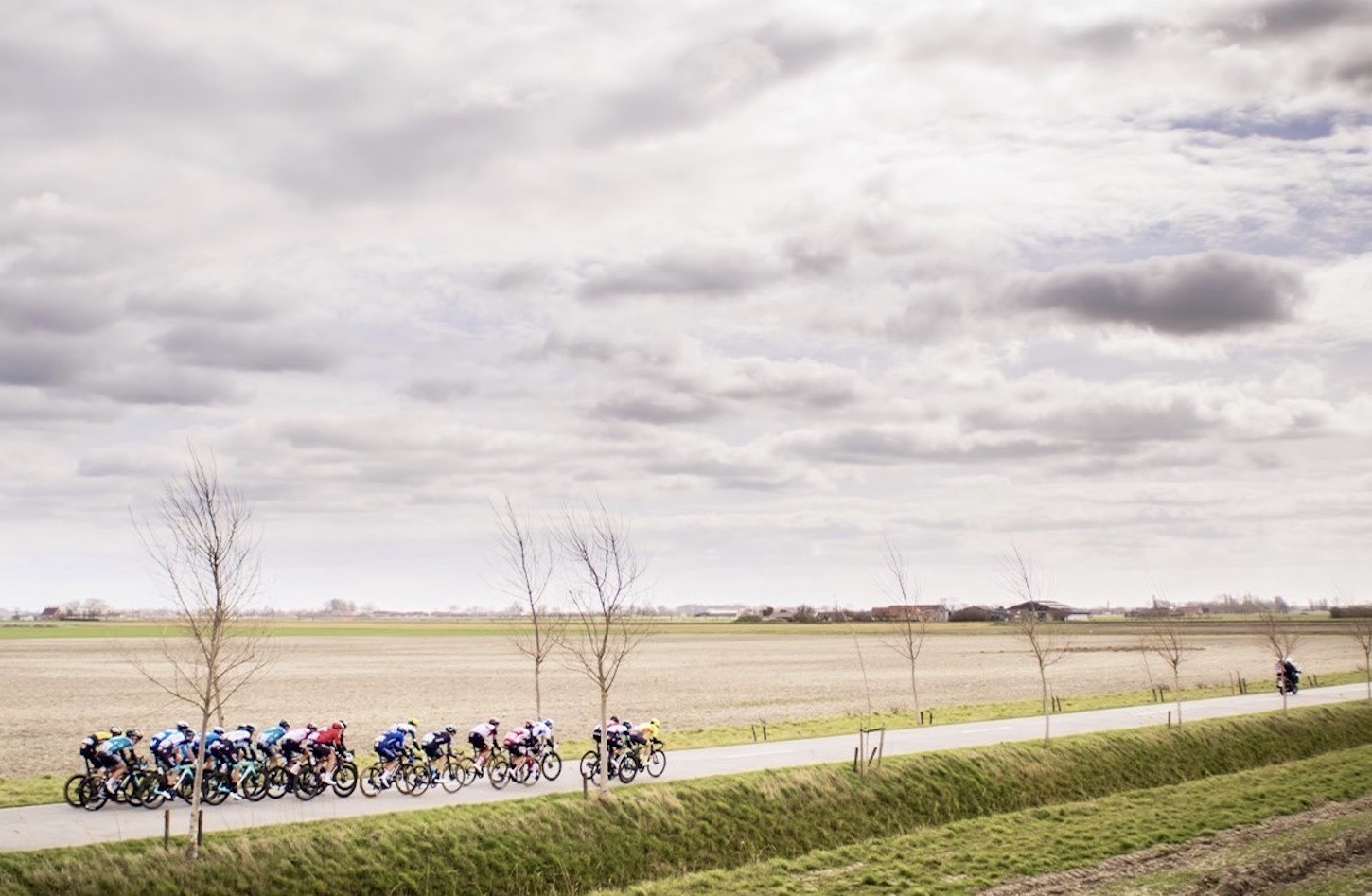 Wout Van Aert (Jumbo-Visma) opened up his Classics account with a stellar victory in today’s Gent-Wevelgem, with the Belgian rider emerging victorious from a seven-man sprint.

Van Aert proved to be the fastest man, vanquishing top sprinters Giacomo Nizzolo (Qhubeka Assos), Sonny Cobrelli and Matteo Trentin (UAE Team Emirates) to claim the prestigious cobbled Classic, after the septet broke clear of the peloton during the first half of the race.

The seven riders that were initially part of a larger breakaway group of 20, before being reduced to nine on the second ascent of the Kemmelberg, which contained other top contenders like Michael Matthews (BikeExchange), Stefan Küng (Groupama-FDJ), Danny van Poppel (Intermarché-Wanty-Gobert), Sam Bennett (Deceuninck-QuickStep) and Nathan Van Hooydonck (Jumbo-Visma).

From there, the escapees continued to work well together, steadily increasing their advantage over the chase, with Van Hooydonck attacking his breakaway companions with 16 kilometers to go, causing both Van Poppel and Bennett to be jettisoned from the group.

Tensions remained high amongst the group during the final kilometers, with no rider attempting a move until Küng decided to attack with just 2 kilometers remaining.

However, the Swiss was ultimately caught and passed by Van Aert during the closing 150 meters, a move that proved to unassailable for his rivals.