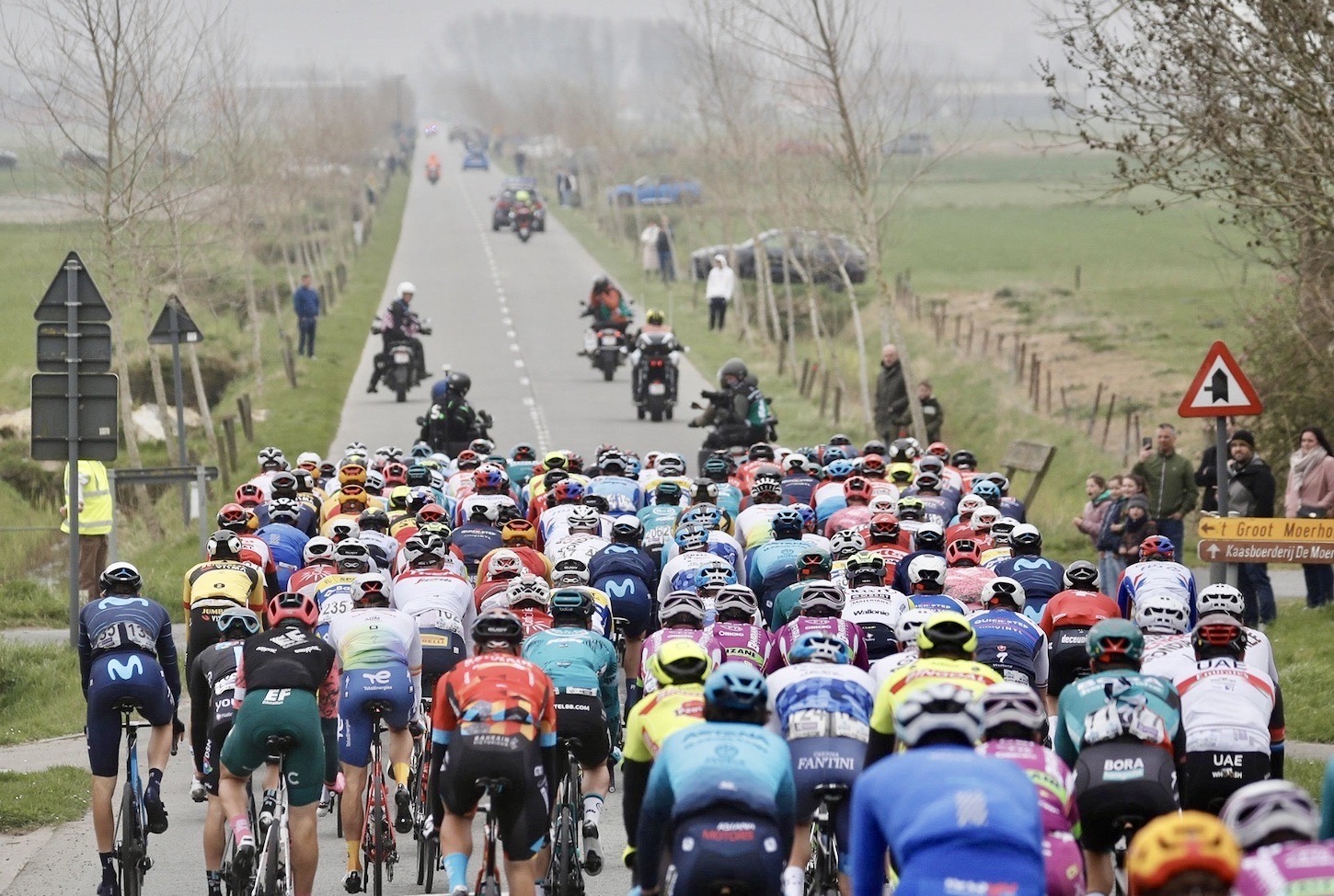 Biniam Girmay (Intermarché-Wanty-Gobert) claimed today’s Gent-Wevelgem, after the young Eritrean rider out-sprinted Christophe Laporte (Jumbo-Visma) during the final 250 meters of the cobbled Classic to take the biggest win of his career.

Grimy was part of the four-man breakaway group that rode clear of the peloton during the final 24 kilometers, holding off a spirited chase that saw Dries van Gestel (TotalEnergies) get the better of Jasper Stuyven (Trek-Segafredo) to secure the final spot on the podium.

As the leaders passed under the 5 kilometers banner, the quartet was still clinging to a 20-second advantage. And, despite a late attack from the peloton by Søren Kragh Andersen (Team DSM), they hung on to fight it out for victory, with Girmay leading out the sprint and getting a slight gap on his rivals to seize the victory.

“It’s unbelievable, amazing. I cannot expect this. We just change my plan a few days ago on Friday. We just came for a good result. This race is amazing. Unbelievable,” said a jubilant Girmay.

It wasn’t until the 90 kilometer mark that Wout van Aert (Jumbo-Visma) and Kasper Asgreen (Quick-Step Alpha Vinyl) decided to animate things over the Baneberg, with van Aert the first to conquer the climb.

A group of 16 riders later hit the climb of the Kemmelberg, with Asgreen driving the pace over the summit.

From there, skirmishes came and went from the first attack group, while a sizable number of riders eventually came together ahead of the final three climbs.

Tiesj Benoot (JumboVisma) and Olivier Le Gac (Groupama-FDJ) enlivened things over the penultimate climbs in a last effort to split the group before the final, flat run into Wevelgem, but the group stayed together heading into the final ascent of the Kemmelberg.

Van Alert once again assumed the role of the aggressor, with a handful of groups joining the Belgian rider after the descent to form a sizable lead group.

With Jumbo-Visma showing strength in numbers, Laporte decided to attack with 25 kilometers to go, taking Girmay, Stuyven and van Gestel with him.

The four leaders managed to eke out a 30-second gap over a group of about two-dozen chasers.

A panicked chase group led by Alpecin-Fenix, Quick-Step and Groupama-FDJ then started pulling hard during the final 15 kilometers, slowly reeling in the leaders.

As a result, the foursome started losing ground, as the race roared into Wevelgem.

Just as the peloton was about to catch the leaders, Girmay opened up his sprint with 250 meters remaining, digging deep and taking a wide line that narrowly held-off a late surge from Laporte.