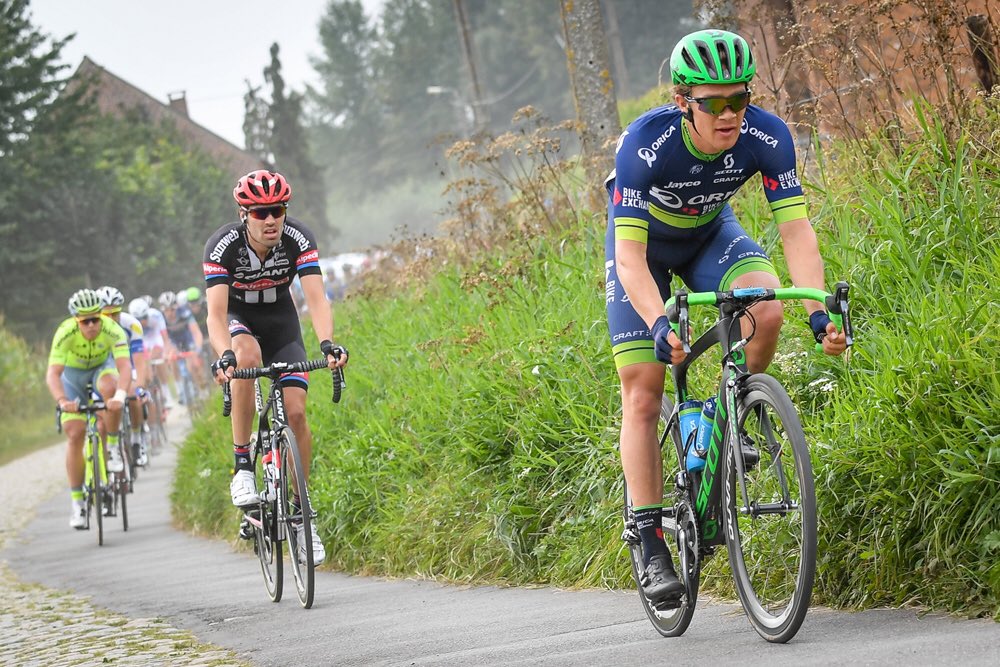 After an initial attack on the famous San Luca climb, Chaves was still being shadowed by Romain Bardet (Ag2r) and Rigoberto Uran (Cannondale). But, when the Colombian rider attacked for the final time, no one could counter his move, as the Orica-BikeExchange rider went on to claim a solo victory, with Bardet taking second and Uran rounding out the podium in third place.

Today’s 213 kilometer race from Bologna to San Luca included climbs over the Passo Brasimone and the Calico di Barolo, followed by four finishing circuits over the decisive San Luca climb.

From there, the escapees went on to establish a maximum advantage of 2:55 – heading into the first of four final laps.

At one point, Alessandro De Marchi (BMC), Pierre Latour (AG2R La Mondiale) and Alberto Nardin (Andiron Giocattoli-Sidermec) managed to jettison their fellow breakaway companions, and subsequently build-up a two-minute gap of their own during the final 30 kilometers.

With 9 kilometers to go, De Marchi and Latour succeeded in dropping Nardin, while the peloton in the meantime had closed the gap to just 50 seconds.

With just one kilometer remaining, Latour found himself alone as he approached the final summit of the San Luca climb.

Meanwhile, things became animated back in the peloton, with Fabio Aru (Astana) commencing an attack, only to be followed by Chaves.

The Colombian rider would ultimately launch a late attack of his own, leaving his rivals unable to respond.