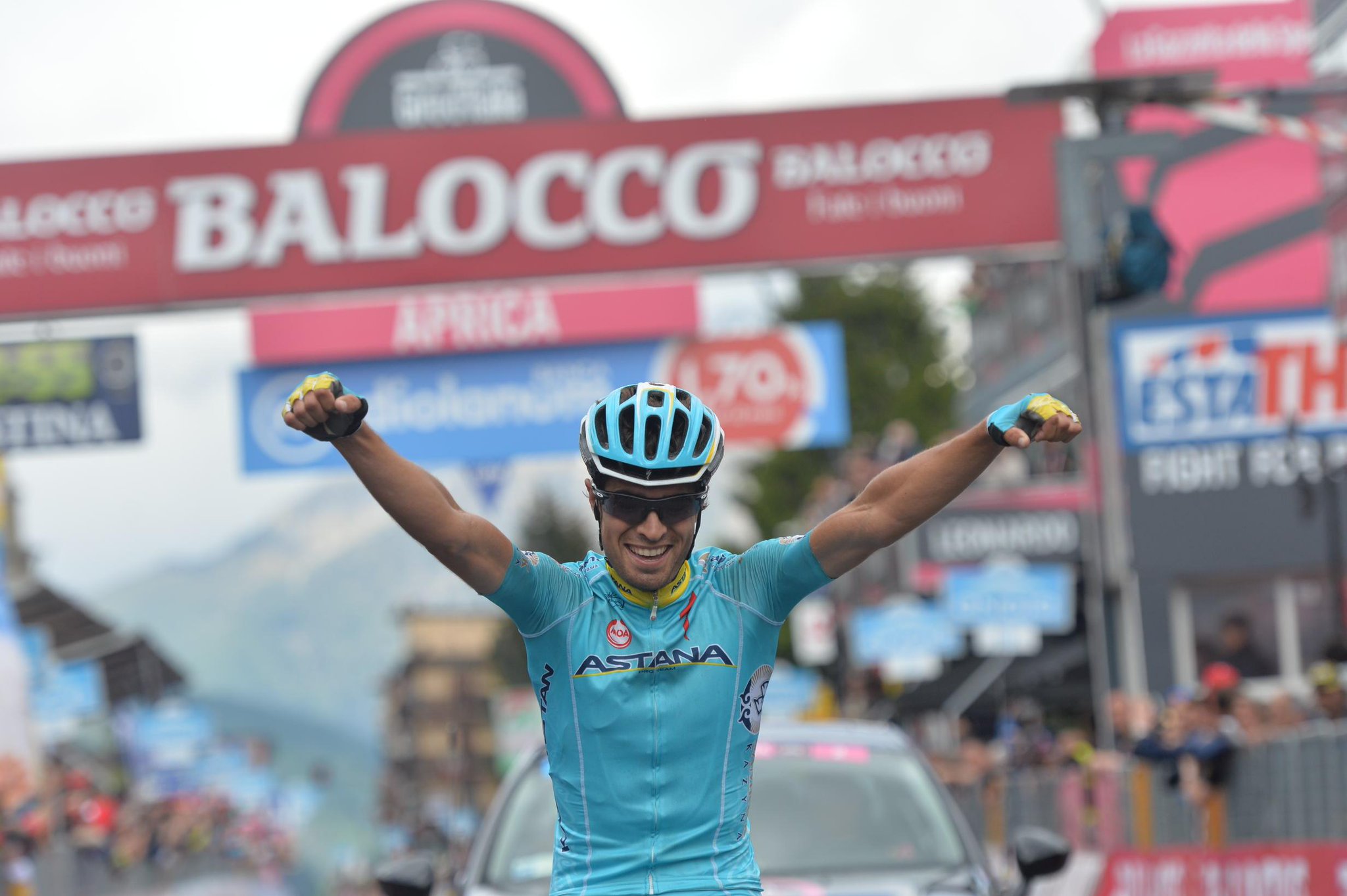 Mikel Landa (Astana) won stage 16 of this year’s Giro d’Italia today, after claiming a solo victory atop the venerable Mortirolo, after attacking during the final 4 kilometers.

Landa’s victory today, served to move the Spanish rider, up into second place in the overall general classification.

It was a really beautiful day for me, maybe even more than the last one,” Landa said. “We saw that Contador had a problem and Katusha rode the group full gas and we collaborated with them. On the Mortirolo Fabio didn’t feel very good and he told me to go with Alberto and Kruijswijk. In the last kilometers I saw that they were playing a little bit for winning the stage. I tried and I didn’t know I was so strong.”

From there, on separate occasions, both Sander Armée (Lotto Soudal) and Simon Clarke (Orica-GreenEdge), managed to bridge their way from the peloton to join the escapees.

However, after some 80 kilometers of racing, the breakaway group had only succeeded in opening up a modest advantage of 2 minutes over the peloton.

As the race approached Aprica, Hesjedal could no longer contain his enthusiasm, as the Cannondale rider decided to make a go of it alone.

Back in the peloton, chaos struck, with Astana’s Diego Rosa crashing along the descent, followed by Contador being plagued with a mechanical problem.

As a result, the Spanish rider lost almost a minute to his arch rival, Aru, by the time he reached the end of the climb.

Alone and isolated from his team, Contador found himself jumping from group to group, with some assistance from riders like Igor Anton (Movistar), trying to make his way back.

With 40 kilometers to go, Contador continued to slowly make his way back into the action, where Aru was now in sight. And, a few moments later, he was now back with the leaders.

In a strange turn of events, Aru started to lose ground with the leaders. And, from there, the Italian rider began slipping back on the slopes of the Mortirolo, only to be passed by Andrey Amador (Movistar).

Aru would later regain ground on the Movistar rider, and make his way back to leaders along the steep descent. But, a mechanical problem that resulted in a bike change, would ultimately bring the curtains down on his chances of rejoining the lead trio, with Hesjedal, Amador and Trofimov ultimately passing him once more. 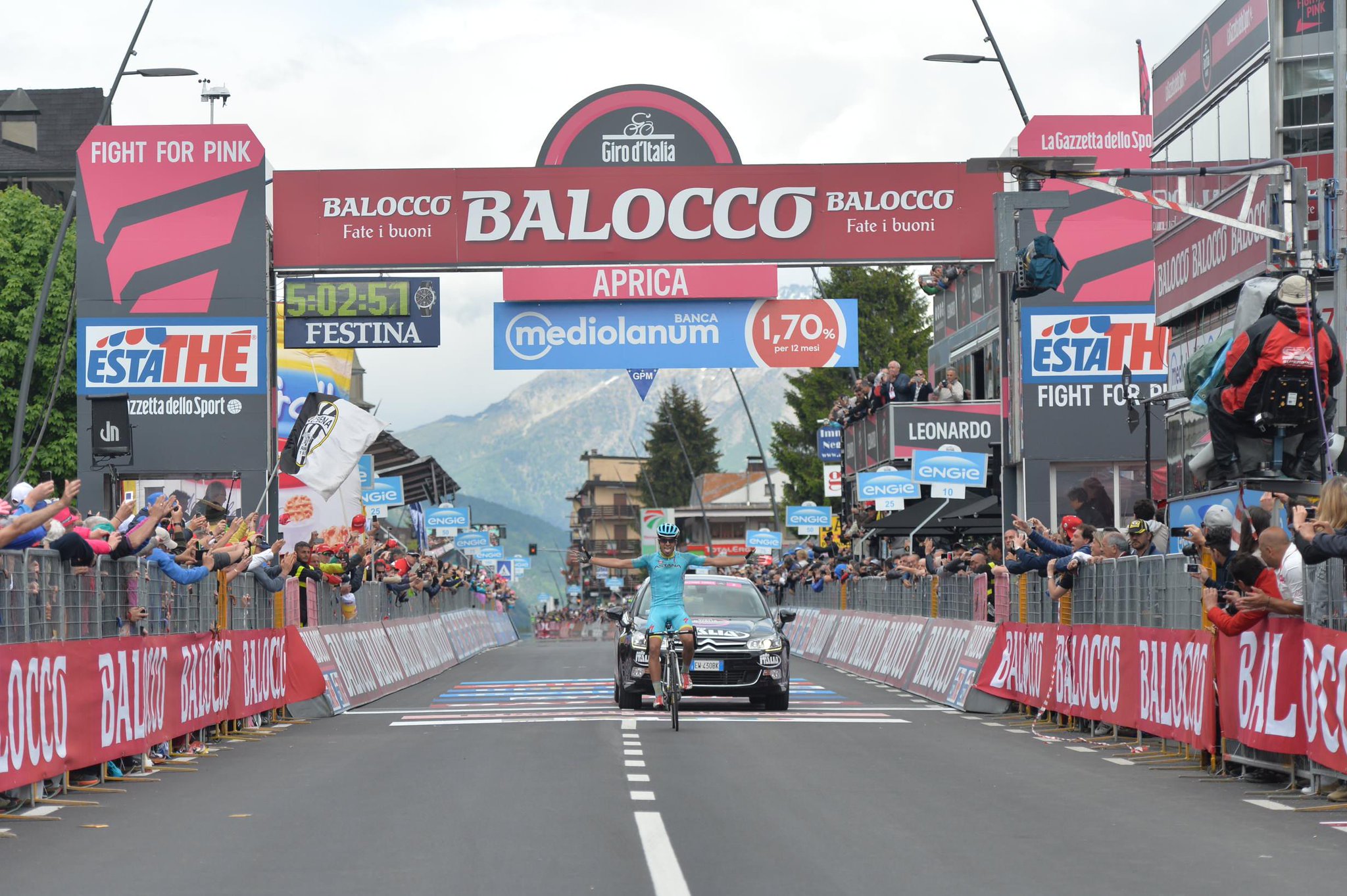