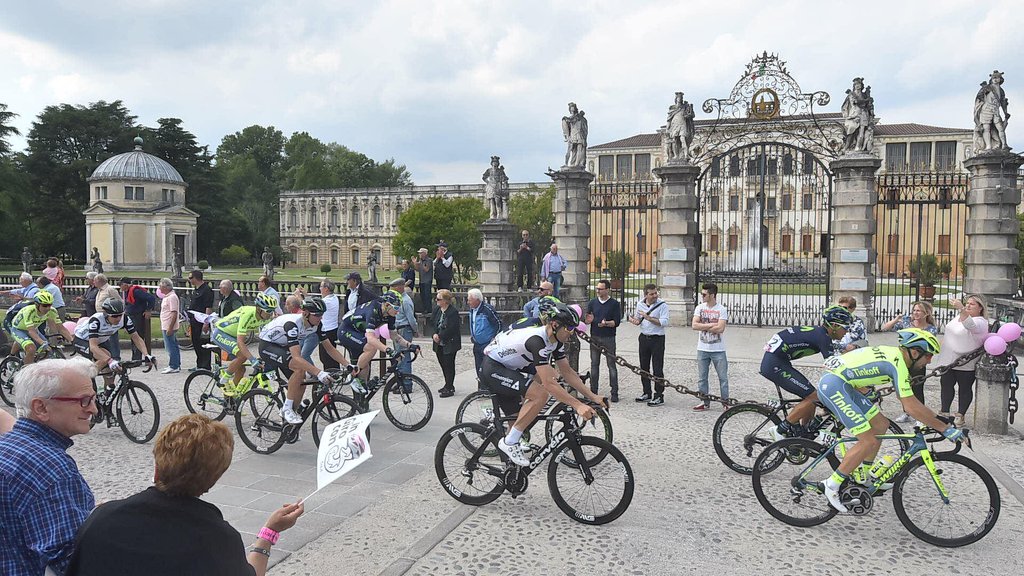 Diego Ulissi (Lampre-Merida) claimed his second stage victory in this year’s Giro d’Italia today, after a late attack on the road to Asolo that saw the Italian rider bring the curtains down on his fellow escapees, Andre Amador (Movistar) and Bob Jungels (Etixx-QuickStep), during a final  sprint for the line.

Meanwhile, Amador succeeded in closing the gap on Jungels in the overall classification, with the Luxembourg rider managing to keep a hold on his maglia rosa.

“I wasn’t expecting an attack from Amador,” said Jungels, 23. “I just went with him in the end. I felt really good. I wasn’t expecting that last small double climb, when Ulissi jumped across. In the end, I knew either I go for the stage win, which would be hard against Ulissi in the sprint, or I just keep pulling to gain some time against the others.”

A nine-rider breakaway group succeeded in riding clear during the first 6 kilometers of today’s stage.

However, their time in the lime-light was brought to an end at the 50 kilometer mark, as a determined peloton managed to rein them in.

Overt time however, the peloton managed to whittle-away at the breakaway group’s lead, bring their advantage down to around three minutes during the final 35 kilometers.

The peloton later swept up two of the escapees along the only categorized climb of the day, leaving Laengen to forge ahead alone.

Back in the peloton, Alejandro Valverde (Movistar), Vincenzo Nibali (Astana), and Jungels managed to escape along the descent, only to be joined by Esteban Chaves (Orica – GreenEdge).

However, the quartet was soon caught in the valley below, where Amador initiated his attack, followed by Jungels.

With 10 kilometers to go, the two leaders were clinging to a mere 13 second lead over the chase.

Jungels continued to push the pace up until the final 5 kilometers, where Ulissi succeeded in bridging himself to the leaders.

In the meantime, Carlos Betancur tried to follow, but couldn’t make the gap to Jungels and his teammate Amador.

From there, Jungels continued to lead the group into the final kilometer, while a patient Ulissi proceeded to sit on his wheel, before launching his winning attack with 200 meters to go.