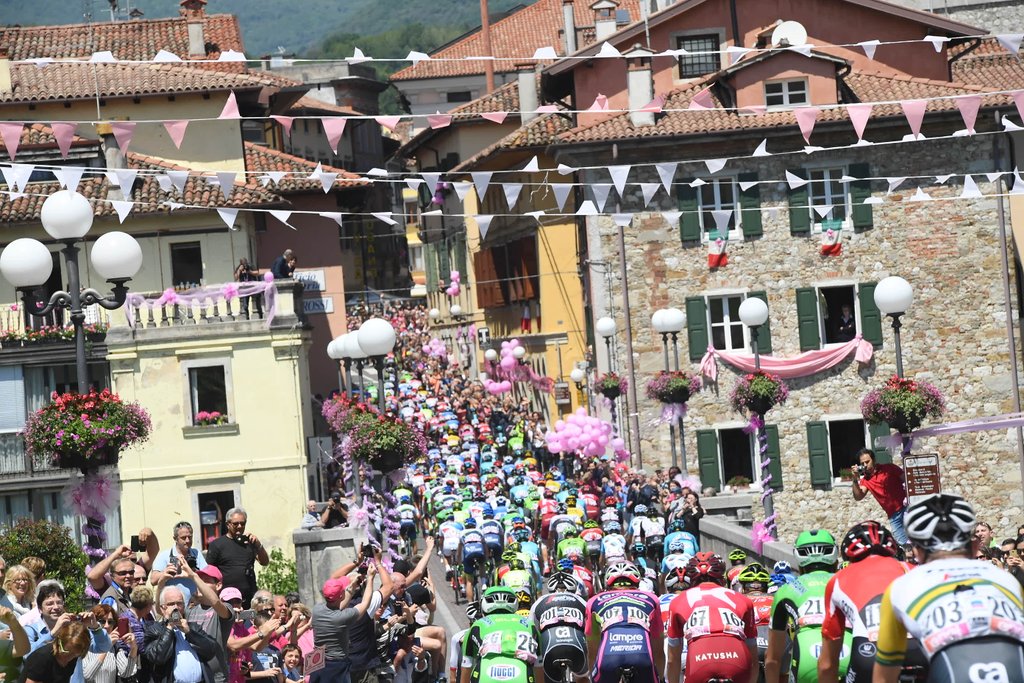 As a consolation for Team Sky losing its top GC hopeful, Mikel Landa, in this year’s Giro d’Italia, the British squad’s, Mikel Nieve, brought home a stage win today, after claiming a solo victory in the Julian Alps.

Today’s stage marked the Italian Grand Tour’s first foray into said mountains, with Bob Jungels ultimately surrendering his maglia rosa to Andrey Amador (Movistar), after he was dropped during the final climb.

“After the abandon of Landa, it was very disappointing; the Giro team was of course a little low on morale. We wanted to win stages and we are very happy to do it today.

“After getting in the break I felt good. I was good on the climbs but the descents were very complicated. Thankfully I managed to get down them on my own.”

Nieve managed to make his way into the large breakaway group during the first-category climb of the day, before making his winning move along the penultimate climb of the Cima Porzus.

From there, Nieve commenced a long solo effort, which saw the Sky rider successfully navigate his way along the descent, followed by the final climb and descent of Valle and onward along the flat run-in to Cividale del Fruili.

Meanwhile, Giovanni Visconti (Movistar) finished in second place at 43 seconds back, followed by an even more distant, Vincenzo Nibali (Astana), who came across the line more than half a minute later.

Despite being dropped during the final climb, Amador managed to make up lost ground along the flat finish, to wrest the pink jersey from Jungels, and take over the race lead by 26 seconds.