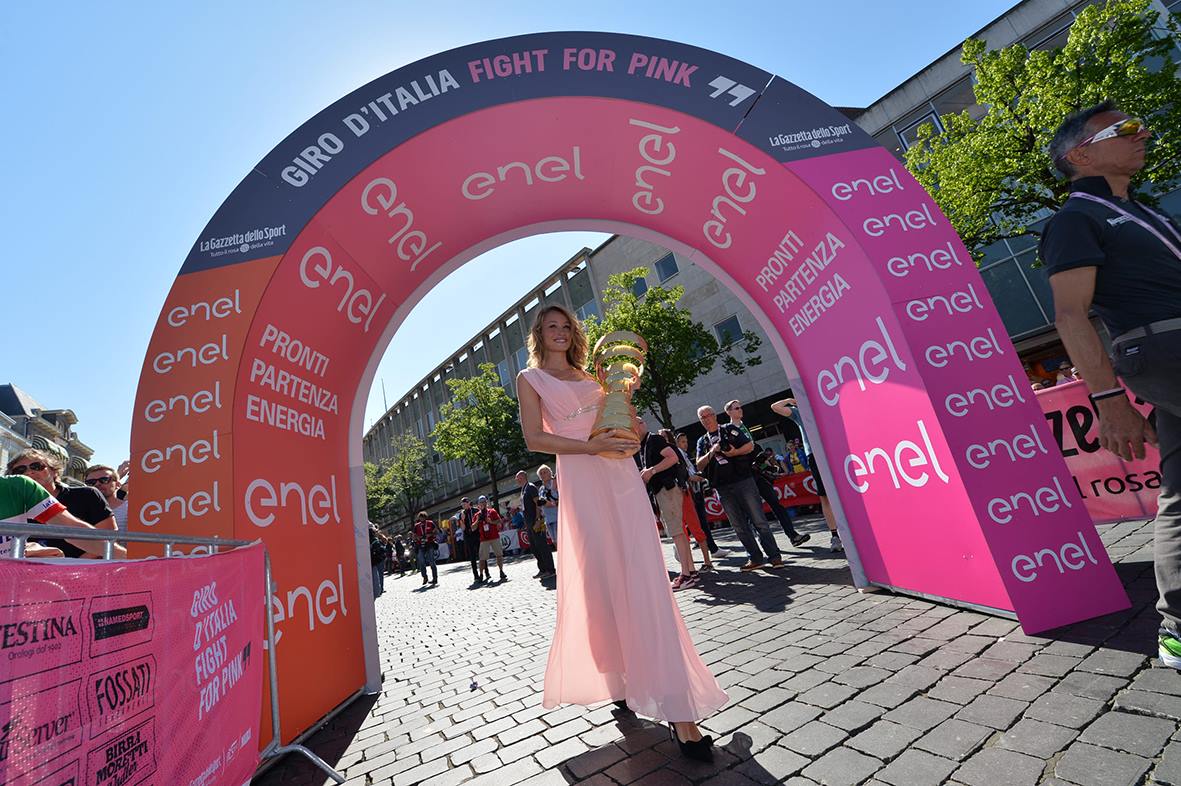 Marcel Kittel (Etixx-QuickStep) claimed back-to-back wins in the Giro d’Italia, after winning stage 3 in another sprint finale ahead of Elia Viviani (Sky) and Giacomo Nizzolo (Trek-Segafredo) in Arnhem, Netherlands today.

The German powerhouse opened up his sprint during the closing 200 meters to easily beat his rivals by several bike lengths.

As result of his victory, Kittel not only claimed the stage honors, but wrested the maglia rosa leader’s jersey from Tom Dumoulin (Giant- Alpecin), who led for the first two stages, after winning the opening Individual Time Trial.

While out the front, Tjallingii succeeded in claiming the day’s KOM points ahead of his breakaway companions.

Back in the peloton, Jean-Christophe Péraud (AG2R La Mondiale) became the first rider to abandon the race after a crash left him with a nasty cut just below the eye that required medical attention.

Once the peloton got within a minute of the breakaway group, Van Zyl decided to attack his companions in the hope of staying clear to the end of the stage. A large crash at the back of the peloton slowed the chase slightly, but the sprinters’ teams pushed on from the front of the main pack.

With 7 kilometers remaining, Van Zyl was still clinging to a 40 second lead.

Recognizing the threat, Etixx-QuickStep decided to take up the chase in earnest during the closing 4 kilometers, with Bob Jungels putting in a massive effort to reined in Van Zyl.

From there, the peloton was all back together before the flamme rouge, as the race once again unfolded into a sprint finale, with Kittel emerging victorious for the second day in a row.