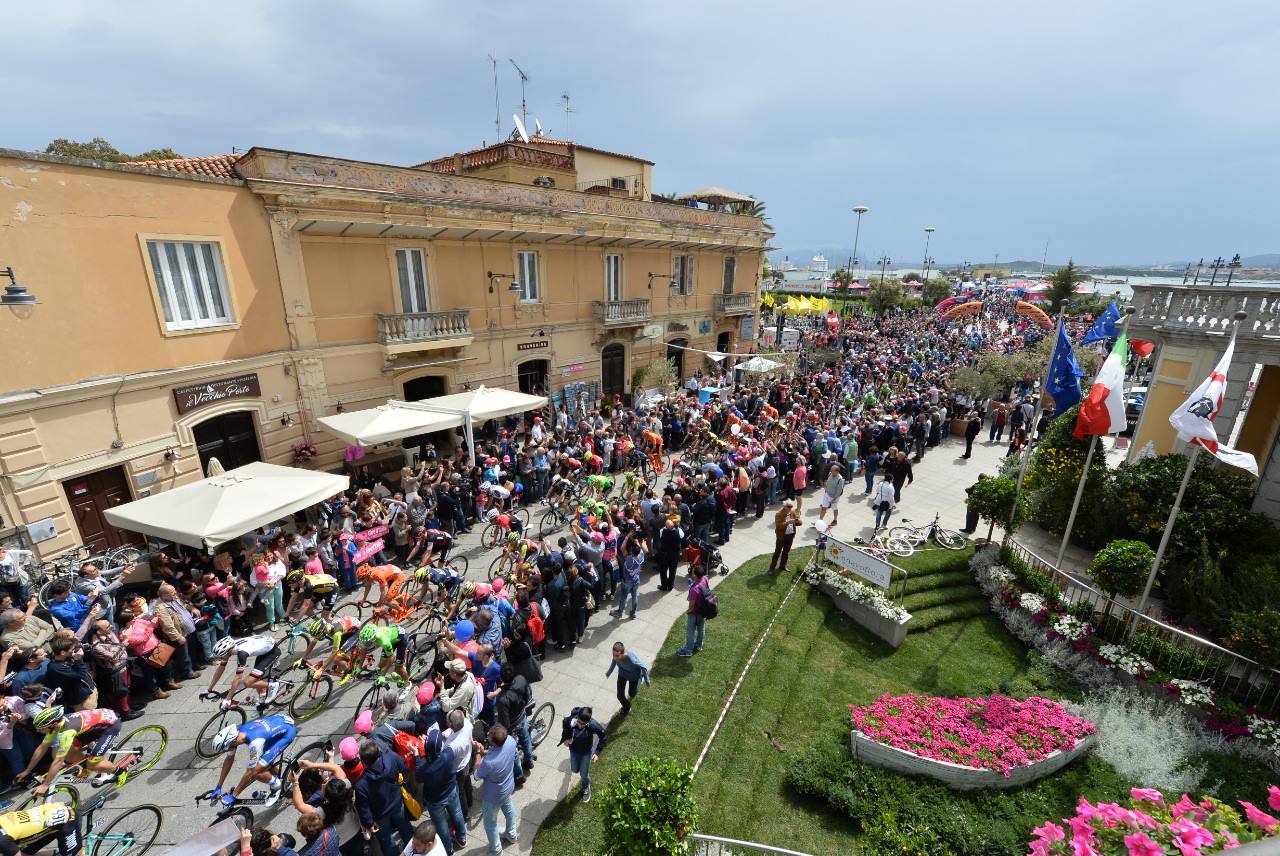 Meanwhile, Caleb Ewan (ORICA-Scott) briefly collided with Fernando Gaviria (Quick-Step Floors) during the final moments of the stage, causing the Australian rider’s foot to come unclipped – relegating him to only a ninth place finish.

As a result of today’s victory, Greipel assumed the overall race lead, wresting the maglia rosa from the shoulders of yesterday’s opening stage winner Lukas Pöstlberger.

Speaking after the stage, Greipel said, “this is a really good one of course. It wasn’t an easy day with the head wind. It made a six hours race, but it also played in our favor. Otherwise there would have been some attacks.

“I’m really proud to win at the Giro again. I’m glad to win for my teammates who worked for me since yesterday. This stage win and the pink jersey are for them and also for my mother.”

From there, the escapees went on to establish a maximum advantage of more than seven minutes over the peloton.

However, by the time the escapees had reached the second climb of the day, the peloton was right on their heels, with Vincenzo Nibali’s Bahrain-Merida team ultimately reining the group in during the final 50 kilometers.

With a sprint finale set to determined today’s winner, Katusha-Alpecin’s Ilnur Zakarin suffered a puncture with 8 kilometers to go.

Back up front, Ewan was determined to make up for yesterday’s second place finish, as he and his ORICA-Scott team moved to the front early on.

Lotto Soudal was up front at the two-kilometer to go marker as well, with André Greipel safely tucked into position.

Gaviria was the first to launch his sprint, while Ewan closely marked the Italian rider’s move.

However, a final mishap brought the curtains down on the Aussie rider’s hopes, while Greipel proceeded to vanquish the competition with one of his signature accelerations to seize the stage honors.