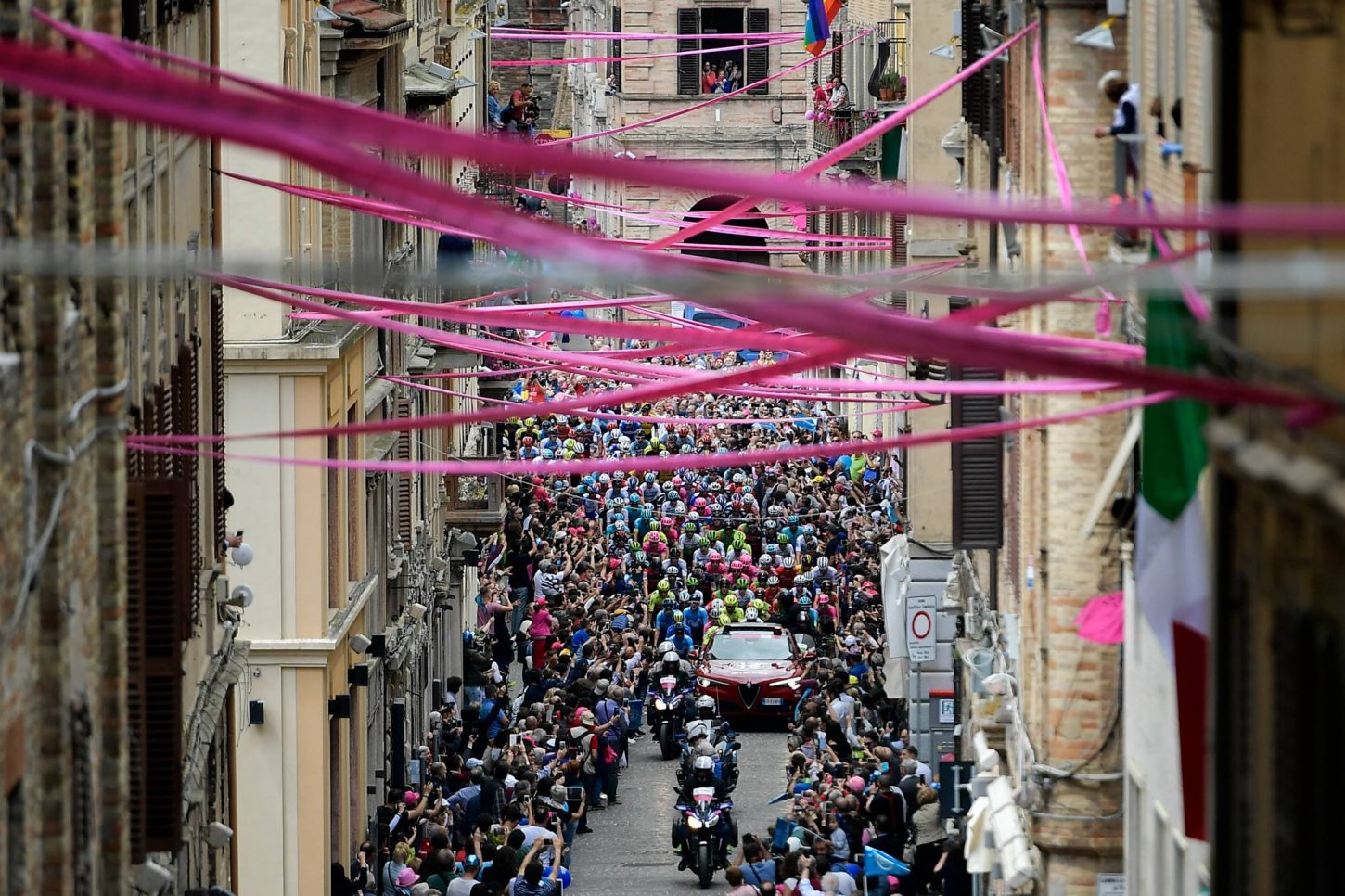 Sam Bennett won a sprint finish on the Imola racing circuit to take stage 12 of the Giro d’Italia today.

In rain-soaked conditions, what should have been 214 kilometer of build-up to a sprint finale instead became another thriller, with the Irish rider executing a perfect move to hold-off Danny van Poppel and Niccolo Bonifazio for the win.

Bennett, who also won stage seven into Praia a Mare, becomes the first Irishman to win multiple stages at one of the sport’s Grand Tours since the great Sean Kelly at the Giro of 1988.

He said, “It was a tough finale. I didn’t know how much energy the two riders in front had left at the end.

“I decided to go early – I didn’t know if I could hold it but I think I caught a few by surprise so that worked to my advantage.”

Heavy rain had begun to fall with just over an hour of racing to go, and caused splits in the peloton as the roads filled with standing water and spray kicked up from the wheels.

Quick-step Floors’ Italian sprinter Elia Viviani, winner of two sprint stages in the Giro’s first week and one of the favorites for this stage, was one of those caught out, and Bennett’s Bora-Hansgrohe team went to the front of the main group to drive the pace on.

Yates was being well protected by his Mitchelton-Scott team-mates as the pack approached the final 15 kilometers on the racetrack.

Tim Wellens was the first to make a move but was caught with 10 kilometers to go as lightning strikes flashed in the darkening sky.

The course then left the circuit for a brief climb and Carlos Betancur and Diego Ulissi were the next to make a move, holding a slim six-second lead on a twisty, sodden descent before Matej Mohoric went to the front.

But Bennett’s power took him clear as he launched a long sprint with 400 meters to go, with none of his rivals able to stay with him.

Bennett’s win narrows Viviani’s lead in the points classification, with another sprinters’ stage to come tomorrow before the race takes on the fearsome Zoncolan climb on Saturday.