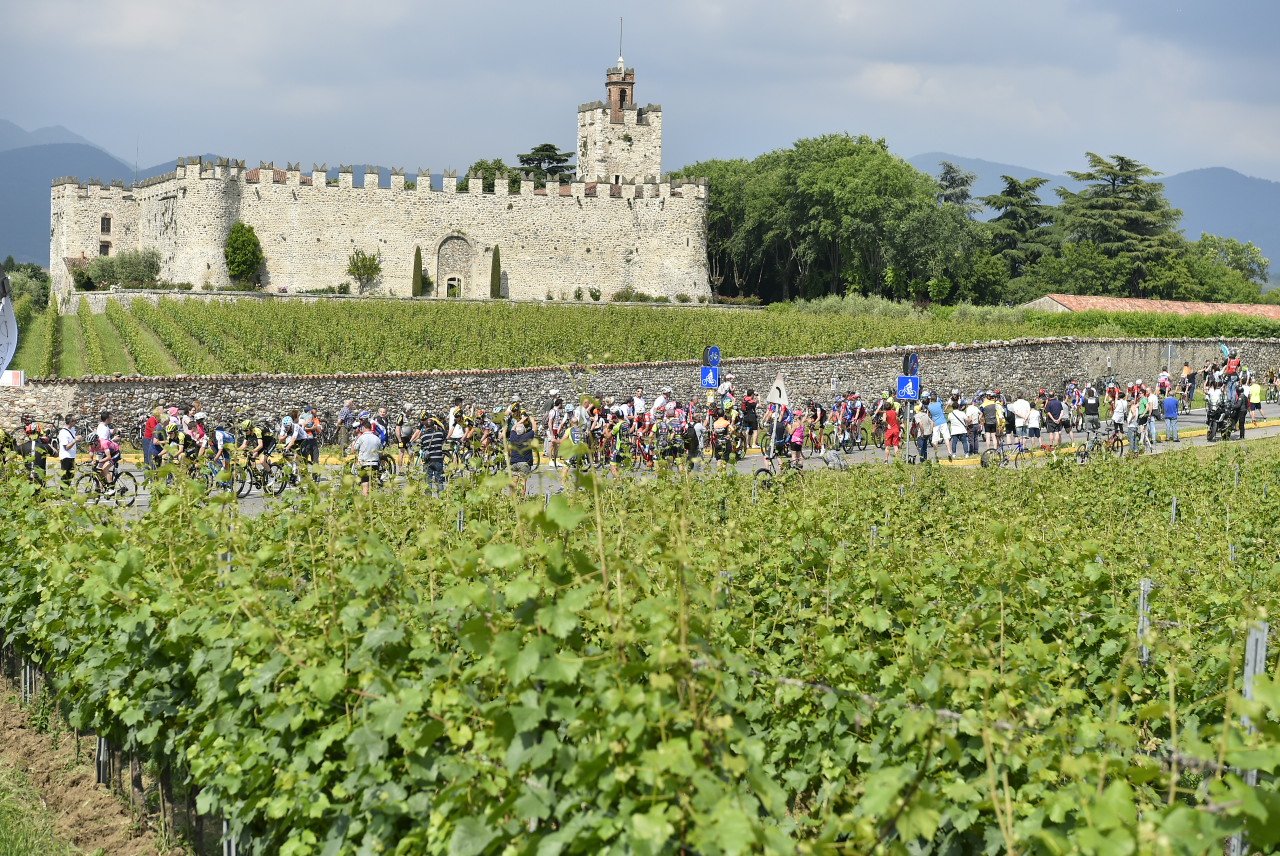 Meanwhile, race leader Simon Yates (Mitchelton-Scott) finished safely in the peloton to maintain his grip on the pink jersey.

However, with just a little than 20 kilometers to go, Poels and Hermans were dropped while Di Marchi and Sanchez continued to forge ahead  before getting reeled in themselves with 11 kilometers remaining.

From there, LottoNL-Jumbo took over the pace setting duties ahead of the final sprint.

However, despite their valiant attempt, the group was neutralized by the peloton just 2 kilometers later.

The next rider to try his luck was Maurits Lammertink (Katusha-Alpecin), but his move was shut down during the final three kilometers as well.

The race began shaping up for an inevitable sprint showdown from there, with Viviani emerging victorious.