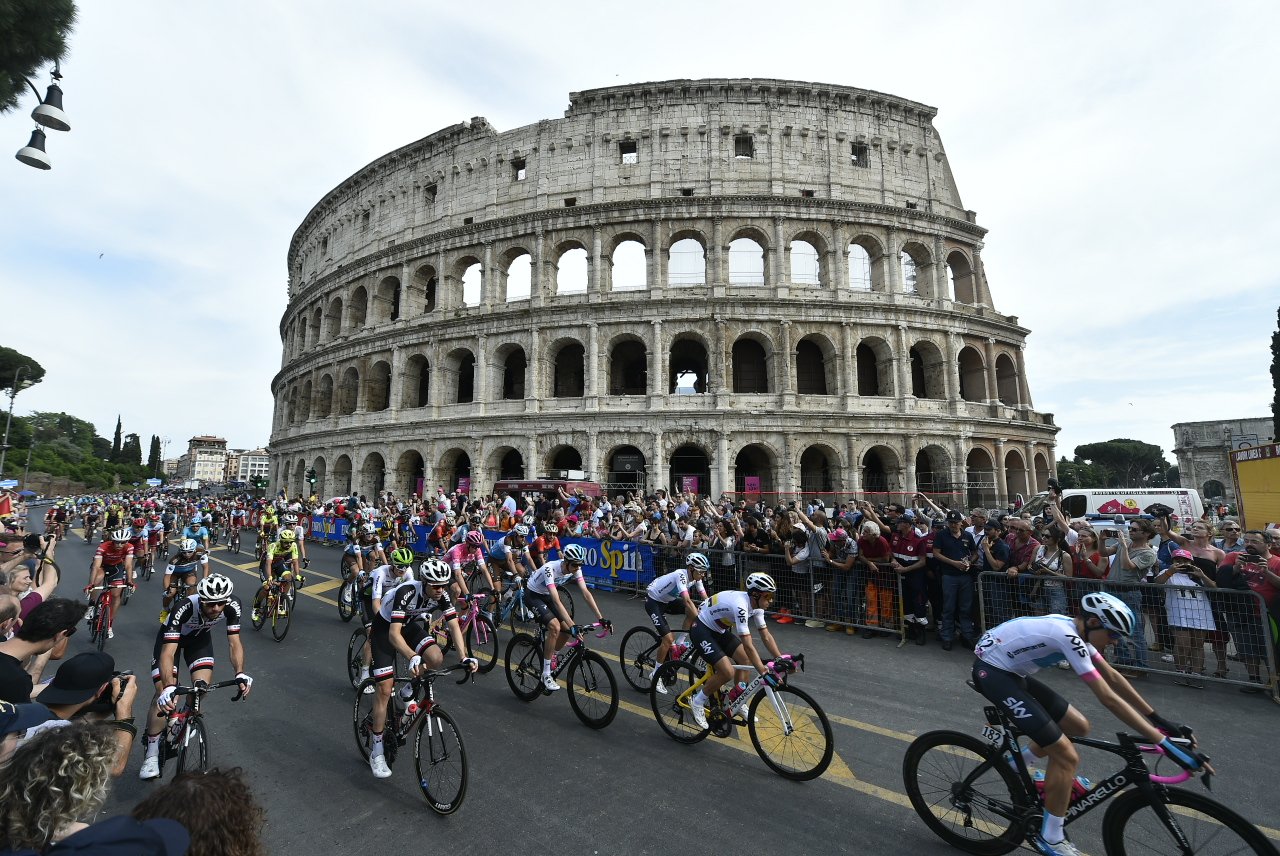 Chris Froome (Team Sky) coasted to victory in the Giro d’Italia today, after the British rider finished safely in the main field in Rome to secure the Pink Jersey.

Froome now becomes the first rider in 35 years to win all three grand tours, the Tour de France, Vuelta a España and the Giro d’Italia, joining cycling luminaries Bernard Hinault and Eddy Merckx in an exclusive club of three.

The Irish rider received a perfect lead-out from his team, locking onto Viviani’s wheel inside the closing meters to seize the finale stage honors.

Viviani was first to open up his sprint, but Bennett proved to be the stronger of the two riders, while Jean-Pierre Drucker (BMC Racing) secured the final spot on the podium.

Despite Froome finishing the stage some 17 minutes in arrears, a decision to neutralize the race after three of the ten laps around Rome’s center had been completed out of safety concerns, ensured that the Team Sky rider retained his 46-second lead over defending champion Tom Dumoulin (Team Sunweb) in the final standings.

Not long after the race was neutralized, a small breakaway group came to form, but their efforts were later brought to a close by the peloton with 13 kilometers to go.

A subsequent breakaway group came together during the final 3 kilometers, but similar to their predecessors, their aggressions were repelled by the peloton as well.

From there, Bora-hansgrohe took control of the front, setting the pace to put Sam Bennett into perfect position to claim the sprint over his Italian rival.