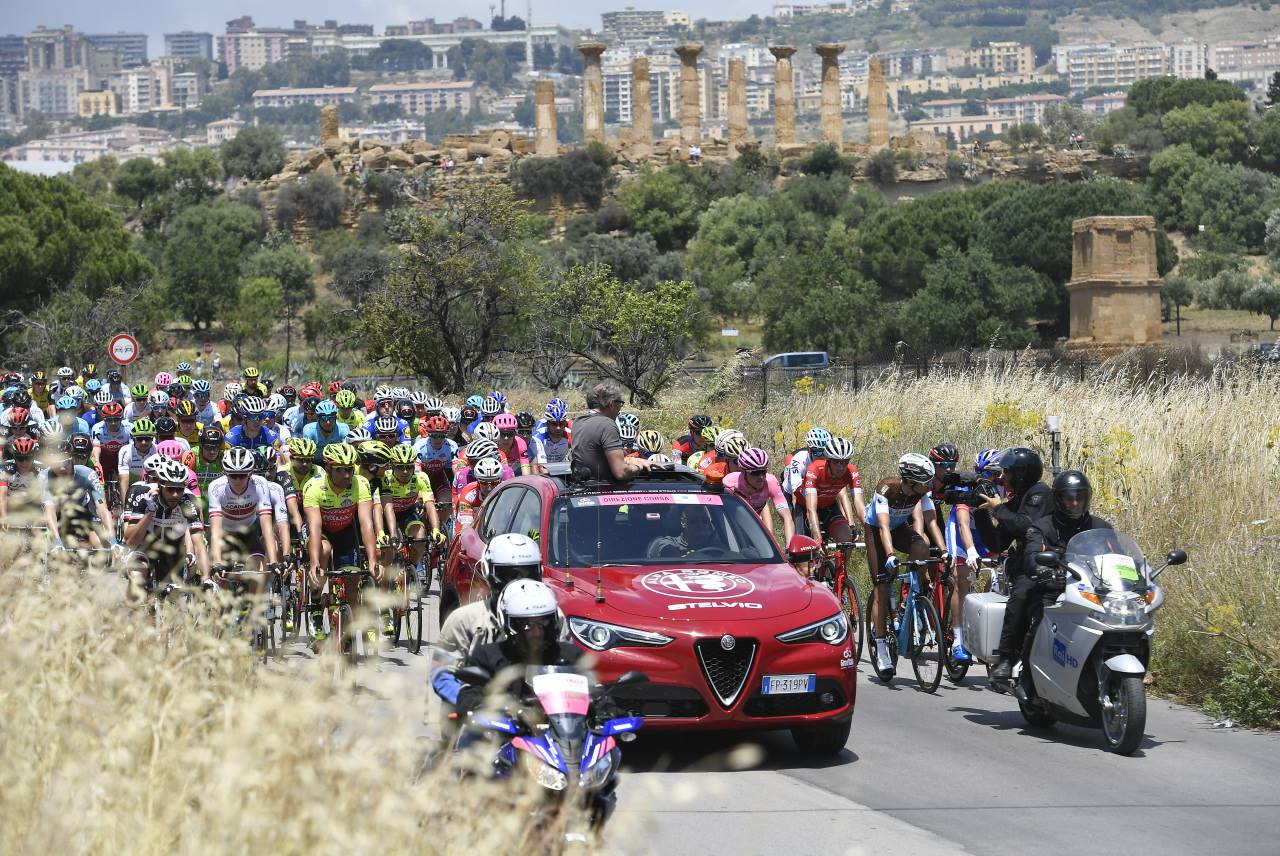 LottoNL-Jumbo’s Enrico Battaglin zipped past compatriot Giovanni Visconti in a reduced bunch sprint during a frantic finale to claim today’s stage 5 of the Giro d’Italia.

Meanwhile, Rohan Dennis (BMC Racing) finished safely in the peloton to retain his grip on the overall race lead ahead of tomorrow’s showdown atop Sicily’s Mount Etna.

In an enthralling conclusion to an otherwise sedate 153 kilometer stage along the south coast of Sicily, Battaglin and Bahrain Merida’s Visconti went head to head, while Jose Goncalves (Katusha-Alpecin) pipped Max Schachmann (Quick-Step Floors) to earn the final spot on the podium.

In the meantime, a crash inside the final five kilometers saw GC hopeful Miguel Angel Lopez (Astana) lose even more time, while Chris Froome (Team Sky) struggled to keep up with his rivals on the final ramp to the finish.

With 23 kilometers to go, Didier decided to attack his fellow escapees, while Vendrame and Zhupa were quick to mark his move.

However, just two kilometers later, Vendrame succeeded in dispatching his breakaway companions, who were all eventually caught by the encroaching peloton.

Shortly thereafter, a crash plagued the main field, claiming riders like Domenico Pozzovivo (Bahrain-Merida), Schachmann and Ruben Fernandez (Movistar) as its victims, while also causing a break in the peloton.

However, Bahrain-Merida did an excellent job of pacing Pozzovivo back into the fold while leading the peloton along the penultimate climb of the day.

With four kilometers to go, Lopez was the next rider ensnared in a crash, forcing the Colombian rider to chase his way back to the peloton.

Next, Fabio Aru and Diego Ulissi tried to attack along the final climb, but were quickly reined in by the lead group.

However, this was followed by a subsequent attack by Battaglin during the closing meters that proved to be a winning move for the Italian rider.

Dennis continues to lead defending champion Tom Dumoulin (Team Sunweb) by one-second in the overall standings, followed by Simon Yates (Mitcheton-Scott) who remains in third place a further 17 seconds back.