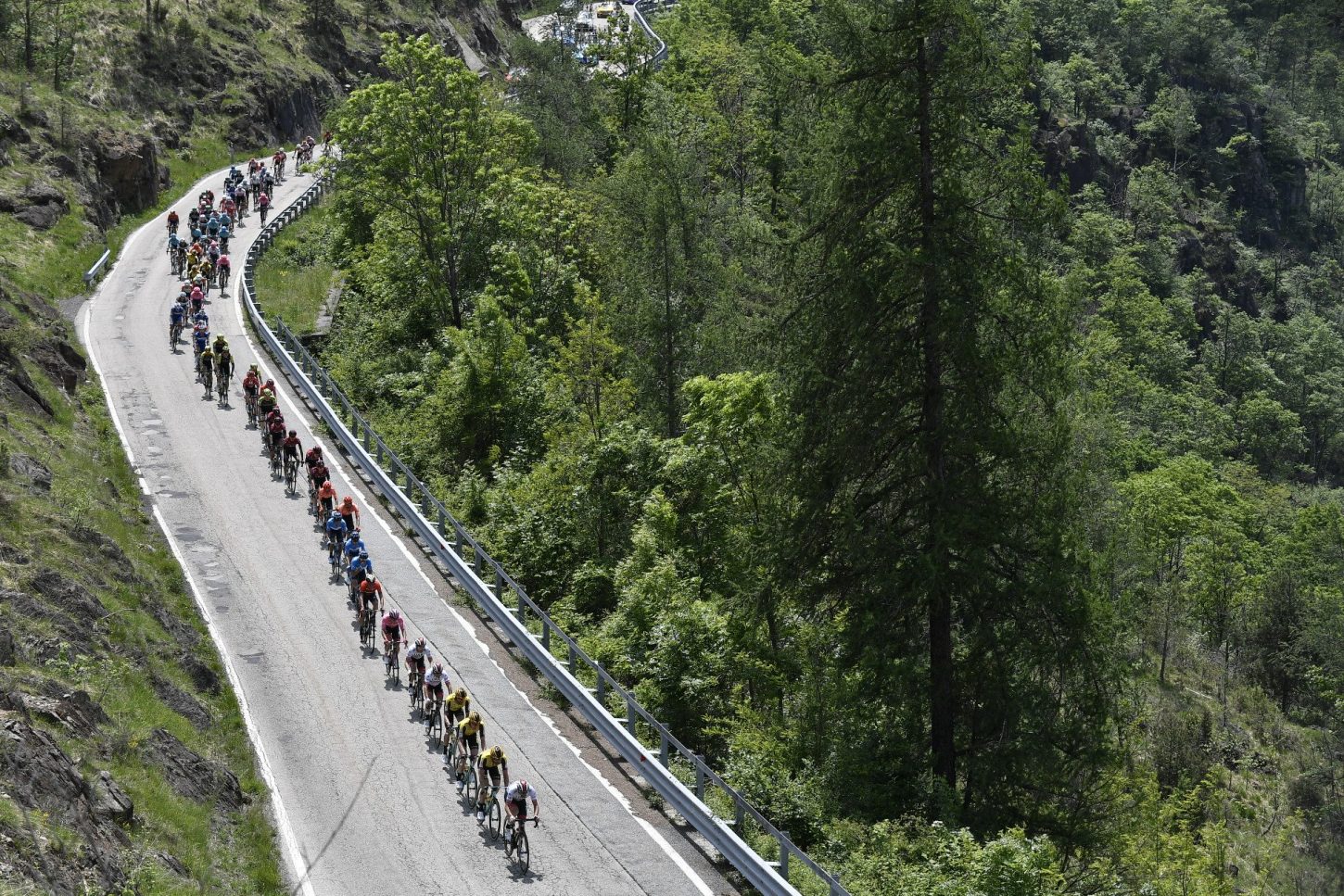 Ilnur Zakarin (Katusha Alpecin) claimed stage 13 of the Giro d’Italia today, emerging victorious amongst a group of race favorites who went toe-to-toe along the summit finish of the Colle del Nivolet.

Meanwhile, despite struggling along the two final climbs, Jan Polanc (UAE Team Emirates) managed to hold onto his maglia rosa for one more day.

Polanc now leads Primoz Roglic by 2:25, while Zakarin moved himself up into third place at 2:36.

Although Bauke Mollema was dropped by Zarkarin and others inside the last kilometers, the Dutch rider still managed to move up to fourth place in the overall classification.

With five kilometers to go, Zakarin attacked leaving Mollema and Mikel Nieve behind.

One kilometer later, Rafal Majka attacked from the lead group, who joined by Pavel Sivakov and Richard Carapaz, leaving Roglic and Vincenzo Nibali behind.

With three kilometers remaining, Roglic battle with Vincenzo Nibali (Bahrain Merida) all the way up the final climb, the two exchanging blows but ultimately neutralizing each other’s efforts. They came home in seventh and eighth position just over two minutes down on Zakarin.

Smart tactics saw Movistar propel both Mikel Landa and Richard Carapaz back into contention for the top 10 after the Spaniard finished third at 1:20 and the Ecuadorian fourth at 1:38.

Pavel Sivakov (Team Ineos) and Davide Formolo (Bora-Hansgrohe) completed the top 10 before an out-of-sorts Miguel Angel Lopez (Astana) came home after a challenging day in the saddle, the Colombian struggling to fight back after an untimely mechanical near the start of the climb.

Polanc gritted his teeth over the line in 15th place and ahead of the Italian Giulio Ciccone, who starred in the break to take maximum points over the first two climbs and take the blue jersey back from his Trek-Segafredo teammate Gianluca Brambilla.

But besides Zakarin’s triumph, the story of the day came from Simon Yates, who finished five minutes behind the Russian and now sits a massive 8:14 behind in 12th place in the overall standings.