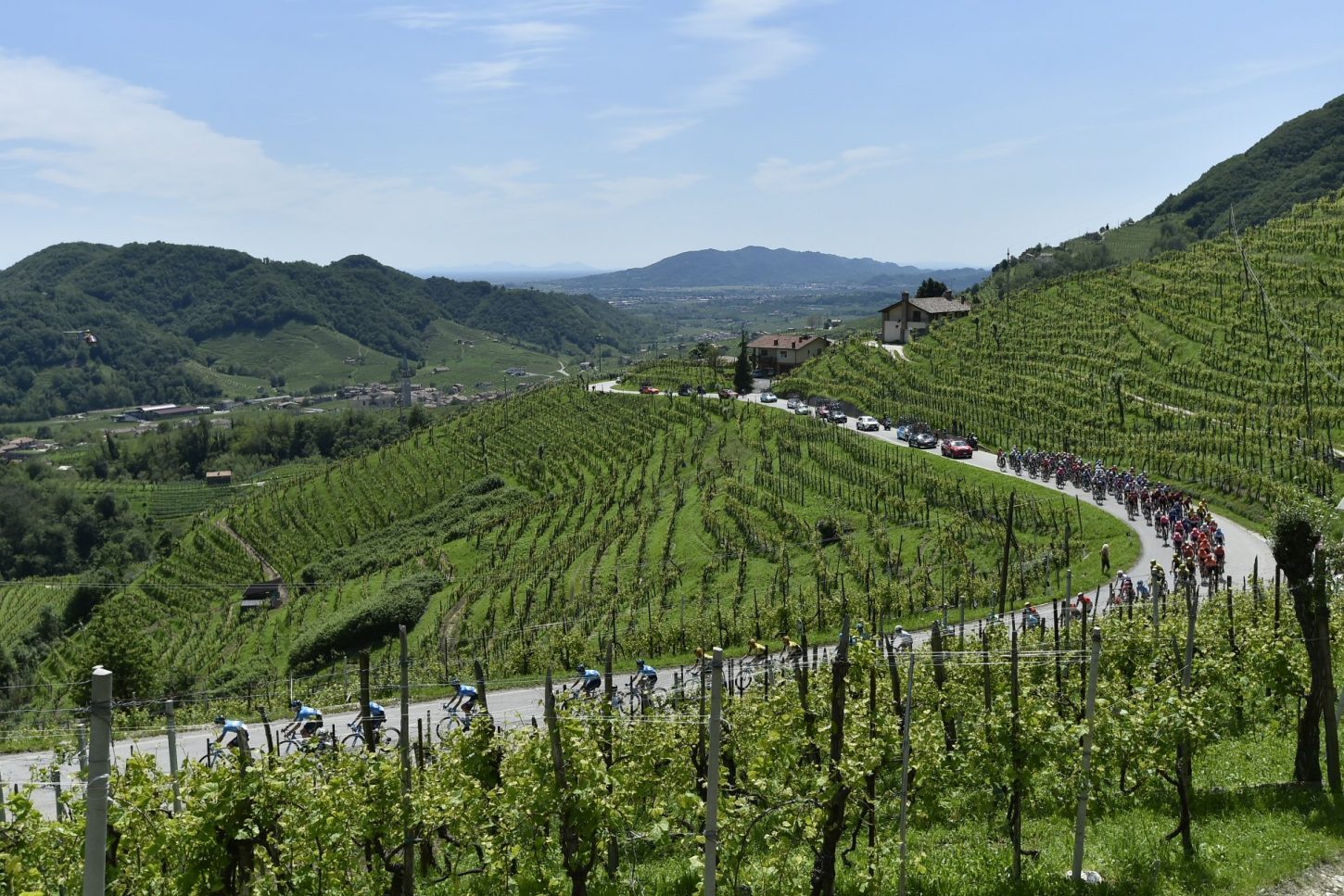 Esteban Chaves (Mitchelton-Scott) took an impressive victory in stage 19 of the Giro d’Italia today, after the Colombian rider commenced a flurry of attacks along the final climb to San Martino di Castrozza to drop his breakaway companions and seize the stage honors ahead of Andrea Vendrame (Androni) and Amaro Antunes (CCC Team).

Chaves was part of the day’s breakaway group that managed to stay clear of the peloton, fighting it out amongst themselves on the climb to San Martino di Castroz, where the Mitchelton-Scott rider attacked repeatedly, trying multiple times to drop the rest of a breakaway group that included François Bidard (Ag2r La Mondiale) and Pieter Serry (Deceuninck – Quick-Step).

Indeed, with just over 2 kilometers to go, Chaves rode clear along the flattened section of the road to claim a solo victory.

Further down the road, Miguel Ángel López (Astana) attacked the other GC riders on the climb, with Mikel Landa (Movistar) closely marking his move.

However, the Spanish rider quickly dropped back, presumably to wait for his teammate and race leader Richard Carapaz.

Primož Roglič (Jumbo-Visma) then attacked coming into the finish, with Vincenzo Nibali (Bahrain-Merida) keen to cover his aggressions.

The next rider to try his luck was Canola, who initially managed to open up a gap after his fellow breakaway companions failed to organize a chase.

However, the Nippo-Vini Fantini rider was later caught by a small group of chasers that included Serry, Francois Bidard, Chaves and Andrea Vendrame.

Not long after, Chaves launched his winning move, leaving the rest of the breakaway behind during the final 2 kilometers.

Chaves went on to crossed the finish in solo fashion, while Lopez lead the main group of favorites over the line.

Carapaz continues to lead the overall classification, with a 1:54 advantage over Vincenzo Nibali (Bahrain-Merida) with just two stages left.