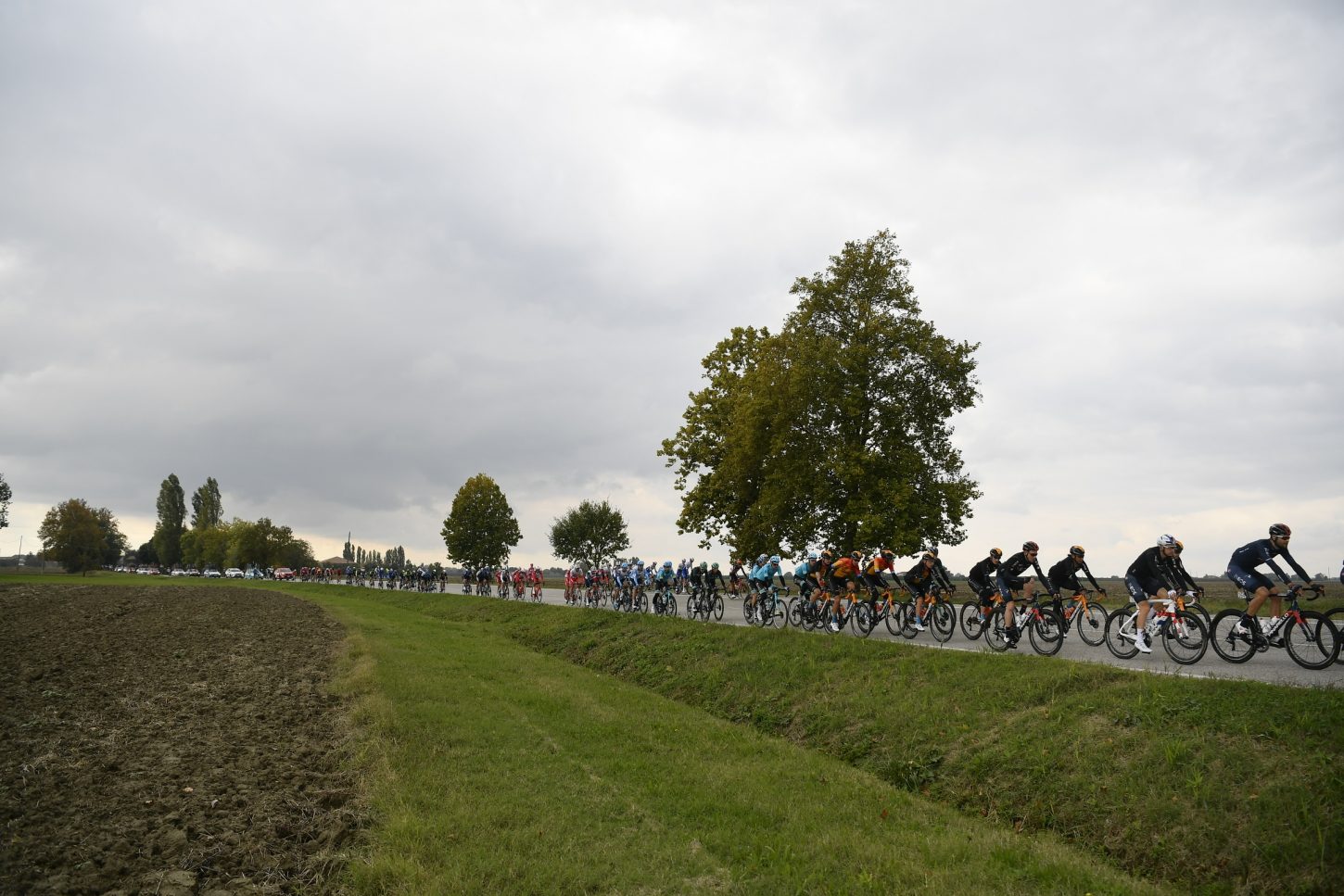 However, six bonus seconds for finishing runner-up saw Almeida consolidate his hold on the maglia rosa.

Two punchy climbs in the Euganean Hills above the Padovan-Venetian plain served to blow the race apart, bringing to a close the efforts of a seven-man breakaway group, while also distancing all of the lead sprinters in what proved to be a thrilling conclusion to the otherwise flat and uneventful 192 kilometer stage from Cervia.

Arnaud Demare had to be led back to the fold by two Groupama-FDJ teammates ahead of the final climb, only to be dropped once again as the gradient pushed 20% to string out the field and bring the race favorites to the front.

Peter Sagan (Bora-Hansgrohe) did his best to rejoin a leading group of 20 riders in a bid to pick up a second victory and prise the maglia ciclamino from Demare’s shoulders. But the Slovakian came up 23 seconds short, while his teammate Konrad was left punching his handlebars in frustration after taking third place in the tense dash to the line.

Led out by teammate Brandon McNulty, Ulissi had enough left in the tank to add a second win – and a career eighth – following his Stage 2 success in Sicily.

Almeida continues to lead Wilco Kelderman (Team Sunweb) by 40 seconds and Pello Bilbao (Bahrain-McLaren) by 49 seconds ahead of a decisive weekend that concludes with a summit finish in the Dolomites on Sunday.

With Bora-Hansgrohe and Ineos Grenadiers keen to keep a lid on things for their respective sprinters, the gap steadily came to where it hovered at around the two-minute mark.

Demare later darted clear of the peloton to claim the remaining intermediate sprint points in Rivigo, extending his lead to 37 points over Sagan.

But, the Cat.4 climb of Il Roccolo saw both Demare and Sagan get dropped, while the two remaining escapees, Bouchard and Tonelli, were swept along the ascent of Cat.4 climb of Calaone – with 20 kilometers remaining.

An attack from Tao Geoghegan Hart (Ineos Grenadiers) was countered by the maglia azzurra, Ruben Guerreiro, who edged clear to take the three points over the summit of the punchy 2 kilometer climb, giving the EF Pro Cycling rider an 11-point lead over Giovanni Visconti (Vini Zabu-KTM) in the KOM classification.

As a group reached the summit of the climb, Almeida upped the pace, sensing his chances of a first stage win after seeing many of his rivals dropped.

From there, the Portugueses rider and his Deceuninck Quick-Step team looked to use their power in numbers as they hit the home straight, but Almeida as unable to get the better of Ulissi, who held off his rival with a late surge to claim the stage honors.