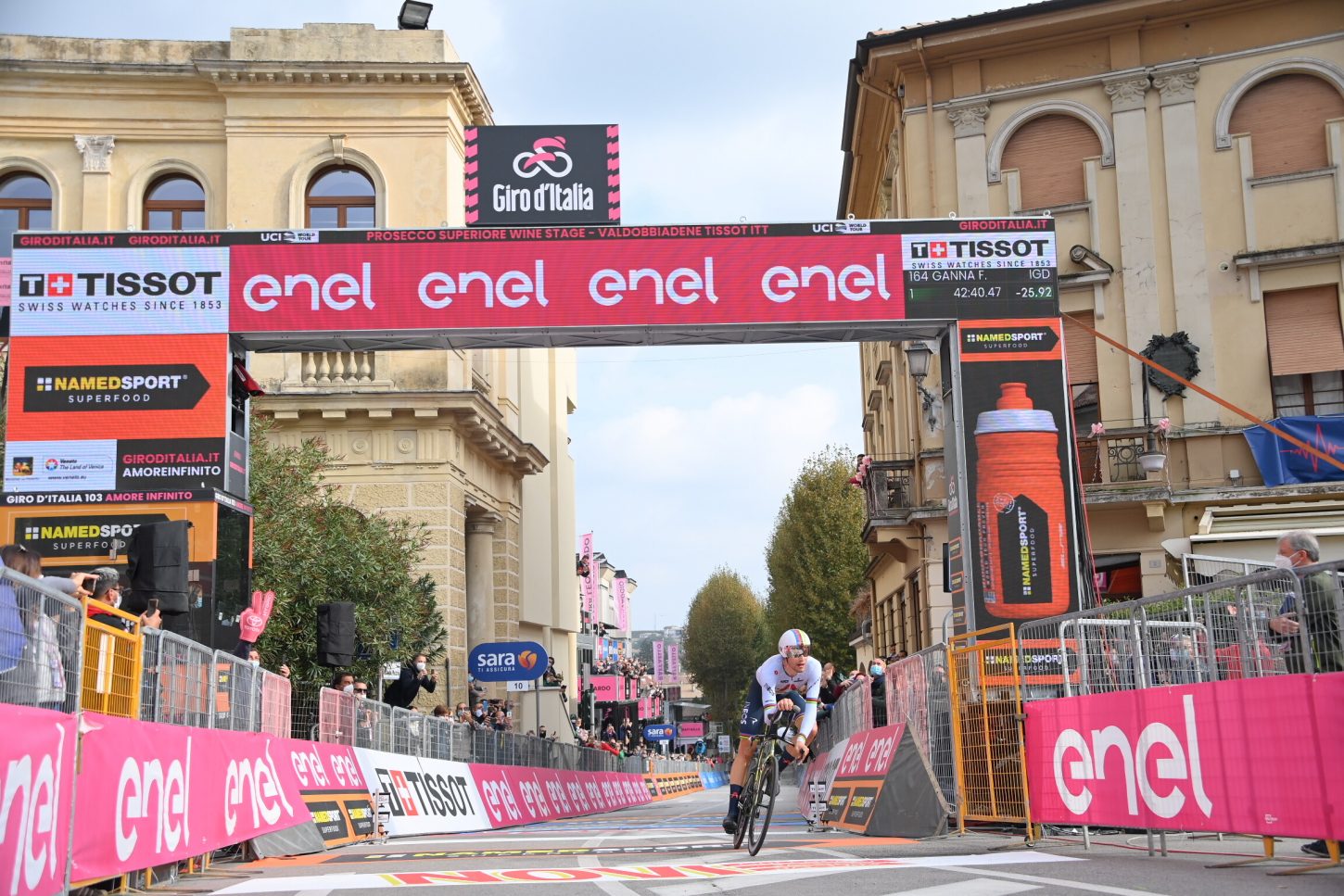 Filippo Ganna (Ineos Grenadiers) stamped his authority on today’s individual time trial stage of the Giro d’Italia, clocking a blistering time of 42:40 along the 34.1 kilometer course – 26 seconds faster than his teammate and closest rival Rohan Dennis.

Meanwhile, Brandon McNulty (UAE Team Emirates) rounded out the podium in third place, 43 seconds behind Dennis and catapulting himself into fourth place in the overall classification – after starting the day as far back as 11th.

Race leader, Joao Almeida (Deceuninck-QuickStep), also put in a good performance, placing sixth and extending his lead in the overall classification, while Wilco Kelderman (Team Sunweb) further solidified second spot in the overall with a great ride as well.

Vincenzo Nibali also put in a solid ride, which was enough for the Italian rider to consolidate fifth place, while many of the other GC hopefuls dropped time.

Jakob Fuglsang (Astana), Domenico Pozzovivo (NTT Cycling) and Jai Hindley (Team Sunweb) were among the names to lose out today, all three of them ceding time and places in the overall classification.

Juan Sebastian Molano (UAE Team Emirates) crashed badly during his time trial effort. And, despite being able to remount and finish, he was ultimately eliminated for being outside of the time limit.