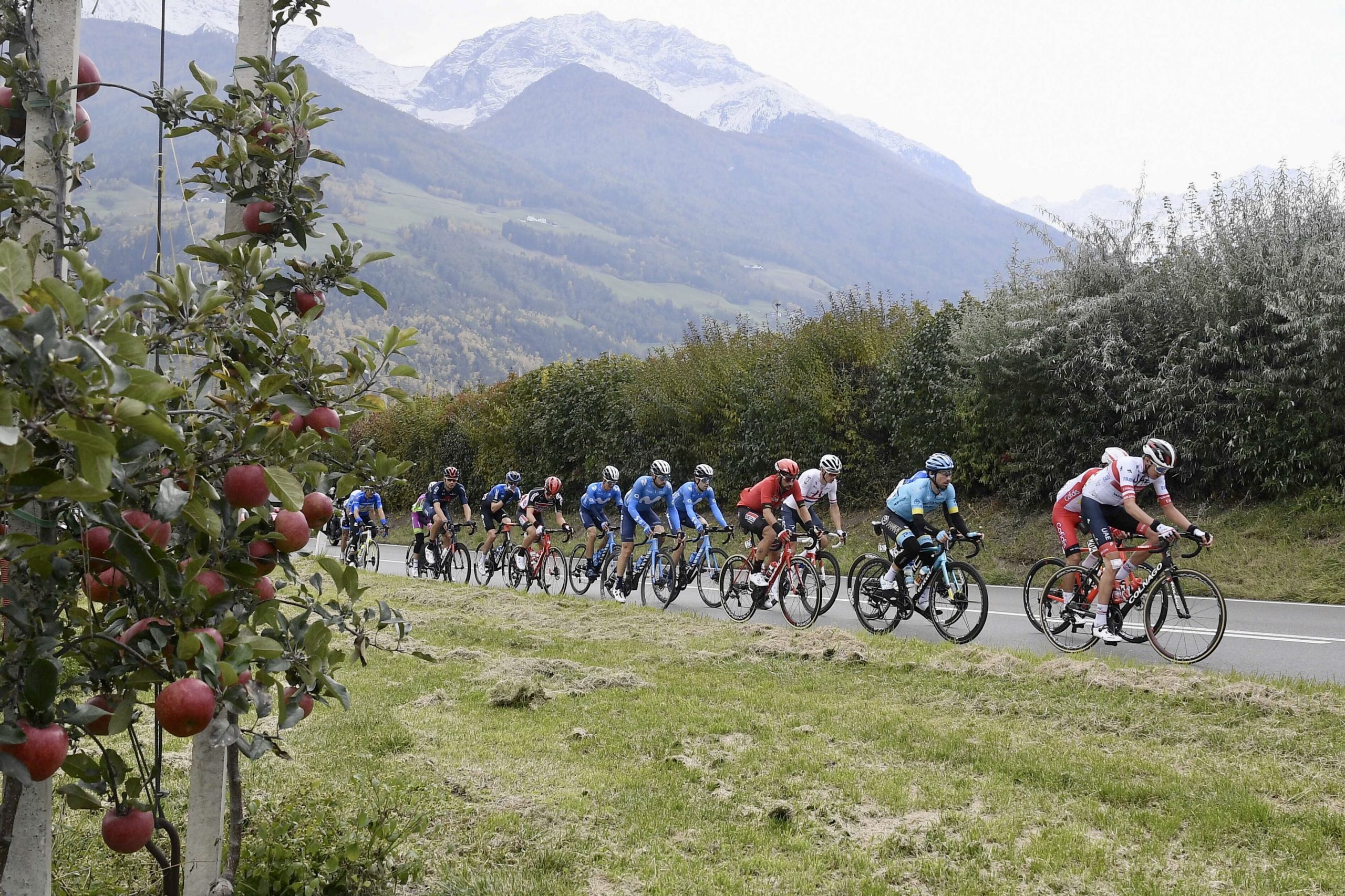 Meanwhile, Pello Bilbao (Bahrain McLaren) claimed the final spot on the podium, but biggest story of the stage was the collapse of race leader João Almeida (Deceuninck-QuickStep) who was dropped 48 kilometers from the line on the Passo dello Stelvio as Team Sunweb pushed the pace.

As a result, the Dutch team’s Wilco Kelderman has taken over the race lead by a dozen seconds over Hindley despite being dropped further up the Stelvio and riding along to the finish, 2:18 down on his teammate, while Geoghegan Hart moved up to third at 15 seconds back.

After a 15-rider breakaway had gone ahead, the race exploded on the slopes of the Passo Stelvio, where Almeida was dropped as INEOS Grenadiers piled the pressure on in their push for  Geoghegan Hart.

Sunweb had set a furious pace on the front of the peloton into the foot of the Stelvio, as they teed up Kelderman for their assault on the GC, and he moved into the virtual pink jersey as Almeida was distanced.

However, the Dutchman struggled up the climb and his teammate Hindley had to latch onto Rohan Dennis and Geoghegan Hart, who set off, as Kelderman’s virtual lead was narrowed back down.

That trio descended the Stelvio and as they arrived at the base of the day’s final climb, the Torri di Fraele, Dennis’ job was done after an epic pull for his team-mate. That left Geoghegan Hart and Hindley to go head-to-head.

Kelderman’s rollercoaster day continued when he was overtaken by Pello Bilbao (Team Bahrain McLaren) and Jakub Fuglsang (Astana), but a resurgence from Kelderman saw him hold steady up the Cat.1 climb to hold onto the GC lead.

Geoghegan Hart and Hindley sprinted for the win, with the Australian prevailing, as Kelderman managed to hold on just enough to confirm himself as the new GC leader with a 12-second advantage over his colleague Hindley. Geoghegan Hart’s display moved him inside the GC top three at just 15 seconds off Kelderman.