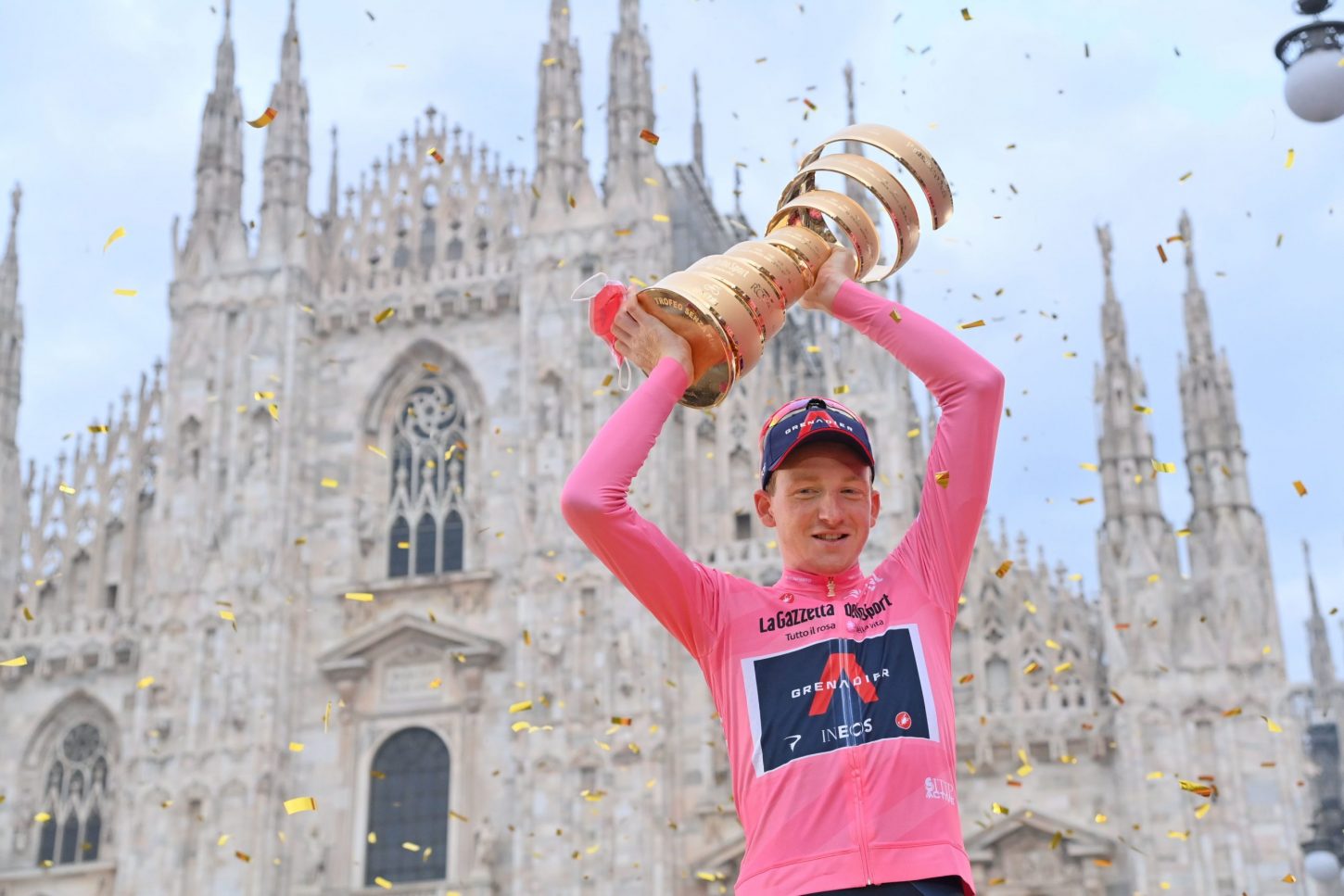 Filippo Ganna claimed the final time trial stage in the Giro d’Italia today, wrapping up the day with the fastest time of 18:14 along the 15.1 kilometer course in Milan.

Geoghegan Hart went into today’s stage head-to-head with Jai Hindley (Team Sunweb), but the British rider was able to extend his lead further over his Australian rival with a better time in today’s race against the clock – securing the overall victory by 39 seconds.

In the meantime, Wilco Kelderman (Team Sunweb) took the last spot on the final podium.

Geoghegan Hart became the first rider in the Giro’s 111-year history to stand atop the final podium without once wearing the famous maglia rosa during the race. He becomes the fifth Ineos Grenadiers rider in a decade to win one of cycling’s Grand Tours after compatriots Bradley Wiggins, Chris Froome and Geraint Thomas, and the Colombian Egan Bernal.

Hindley, who would have become the first Giro winner from Australia, was last down the ramp in Milan, but could not match his rival en route to the finish beside the Duomo di Milano. The 24-year-old was joined by Sunweb teammate Wilco Kelderman on the final podium, the Dutchman finishing 1’29” down on the overall winner.

Victory in the Dolomites at Piancavallo in Stage 15 saw Geoghegan Hart rise to fourth place ahead of the final week, before he and teammate Dennis turned the race on its head during Thursday’s extraordinary display of power over the Passo delle Stelvio in Stage 18.

Despite finishing behind Hindley at the finish in Langhi di Cancano, Geoghegan Hart moved within 15-seconds of Kelderman’s lead – before his second stage win at Sestriere in the race’s penultimate stage saw the Briton draw level with Hindley in the standings to set up a nail-biting finale in Milan.