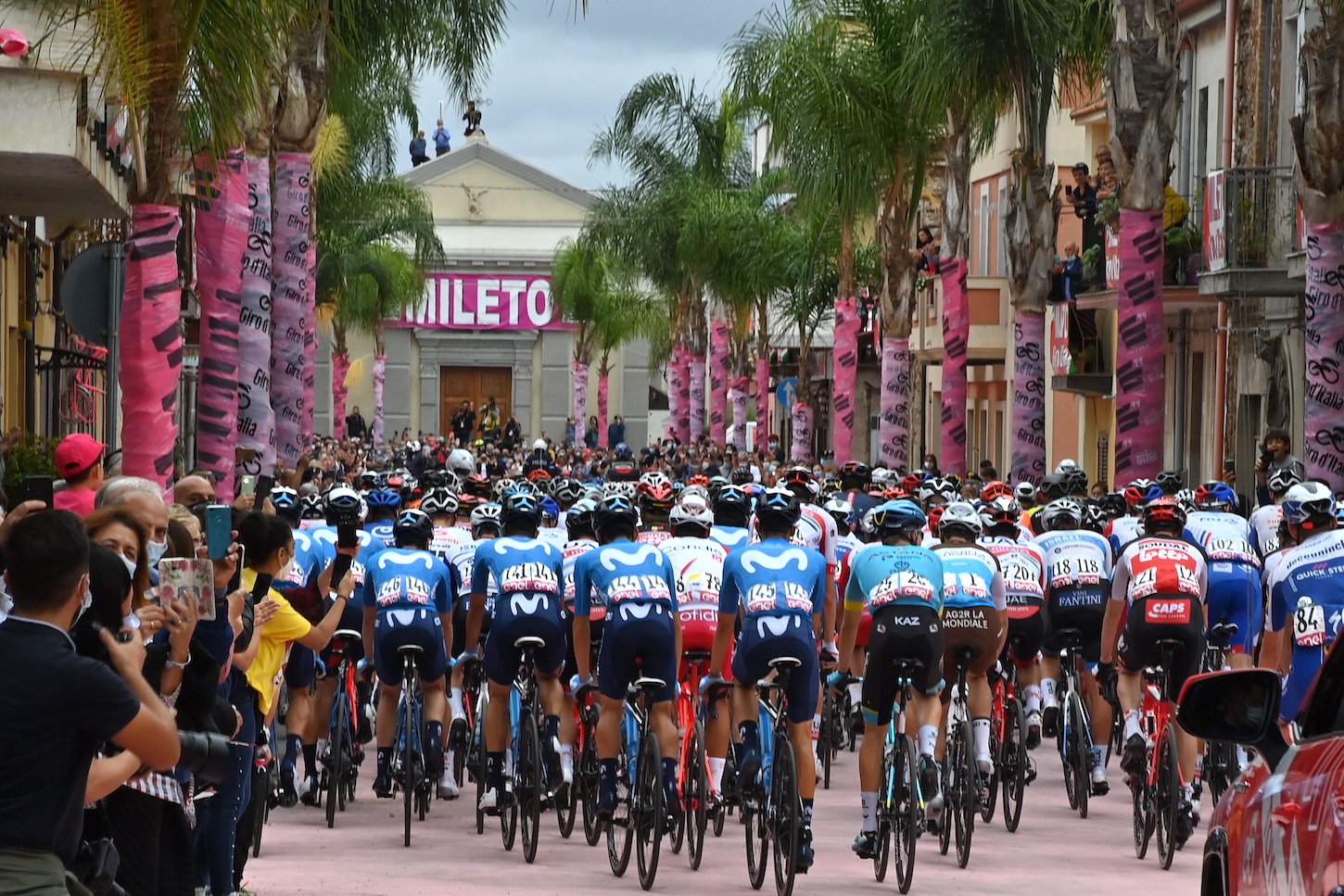 Filippo Ganna (Ineos Grenadiers) triumphed in stage 5 of the Giro d’Italia today, winning today’s challenging climb to Camigliatello Silano, and later relying on his time-trialing skills to hold-off a furious chase and seize a solo victory.

Meanwhile, João Almeida (Deceuninck-QuickStep) extended his lead yet again, taking the time bonus for third place on the stage behind Patrick Konrad (Bora-Hansgrohe).

Ganna succeeded in dropping Thomas de Gendt and Einer Rubio along the final climb of the Valico di Montescuro, after having ridden in the breakaway all day.

It was a long stage at 225 kilometers, with 40 kilometers of racing underway before an 8 rider breakaway group finally established itself.

As the group was whittled down, only the trio of Ganna, De Gendt and Rubio remained, with each rider sizing up the other along the slopes of the Montescuro, before the World Time Trial Champion jettisoned his breakaway companions by a margin of more than 30 seconds.