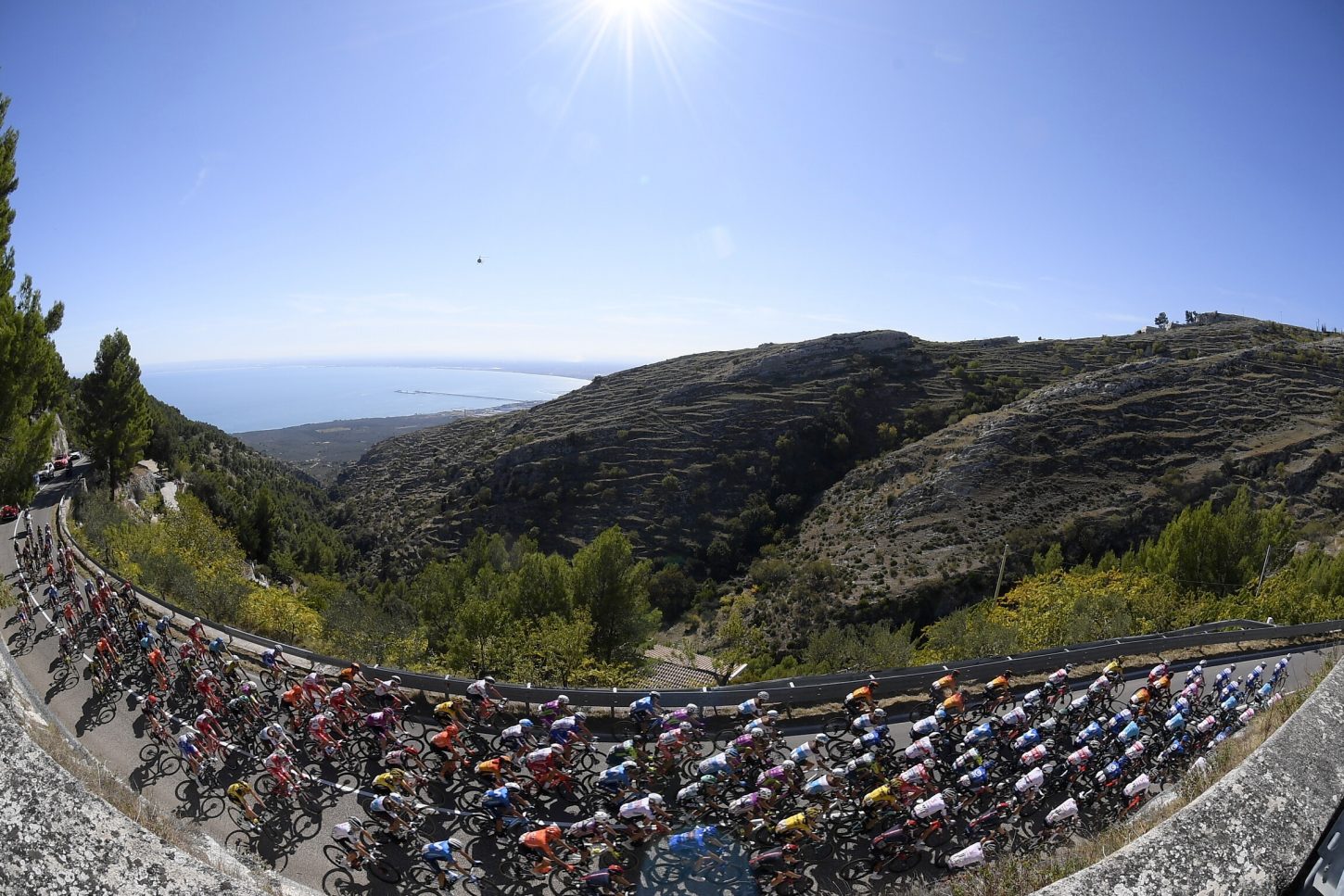 Alex Dowsett produced a textbook performance from the breakaway to win stage 8 of the Giro d’Italia today, wrapping up Israel Start-up Nation’s first Grand Tour success in the process.

Dowsett had to battle hard to make it into the day’s escape group after a frantic start to the stage, but once they had gone away the peloton sat up and let the six riders have their day in the sun.

Israel Start-up Nation had Dowsett and Matthias Brandle in the move, and made their numbers count with Brandle pushing hard before Dowsett made his stage-winning attack in the last 18km.

Fortunately for the British rider, his fellow escapees looked at each other when he went and that allowed the 32 year old to build up an unassailable lead.

Not even a stray dog on the finishing straight could deny Dowsett the second Giro triumph of his career, with Salvatore Puccio (INEOS Grenadiers) winning the sprint for second place ahead of Matthew Holmes (Lotto Soudal), one minute and 15 seconds later.

The peloton then rolled home 13min 56sec behind Dowsett and there was no change at the top of the General Classification with Joao Almeida (Deceuninck – Quick-Step) defending his 43-second lead over Pello Bilbao (Bahrain McLaren).

One of the GC contenders who didn’t make the start line though, was Mitchelton-SCOTT rider Simon Yates, who tested positive for COVID-19 overnight.

Dowsett rode clear of his fellow escapees with 18km remaining after battling back on with teammate Brandle once the duo were dropped on the first of two ascents of the tough ramped climb on the finishing circuit in Vieste.

Six-time national time trial champion Dowsett opened up a 55-second gap as compatriot Holmes struggled to combine with Joey Rosskopf (CCC Team) and Puccio in the chase behind.His advantage was halved on the climb with 10km remaining, but Dowsett was able to TT himself to only the second road stage victory of his career, some nine years after the first.

Puccio won the sprint for second place ahead of Holmes and Rosskopf as the trio came home 1’15” down before Dowsett’s Austrian teammate Brandle was all smiles when he crossed the line ahead of the sixth member of the break, the Italian Simone Ravanelli (Androni Giocattoli).

A stalemate in the battle for pink sees Joao Almeida (Deceuninck Quick-Step) enter Sunday’s mountainous Stage 9 with a 43-second lead over his nearest challenger, Pello Bilbao of Bahrain-McLaren.