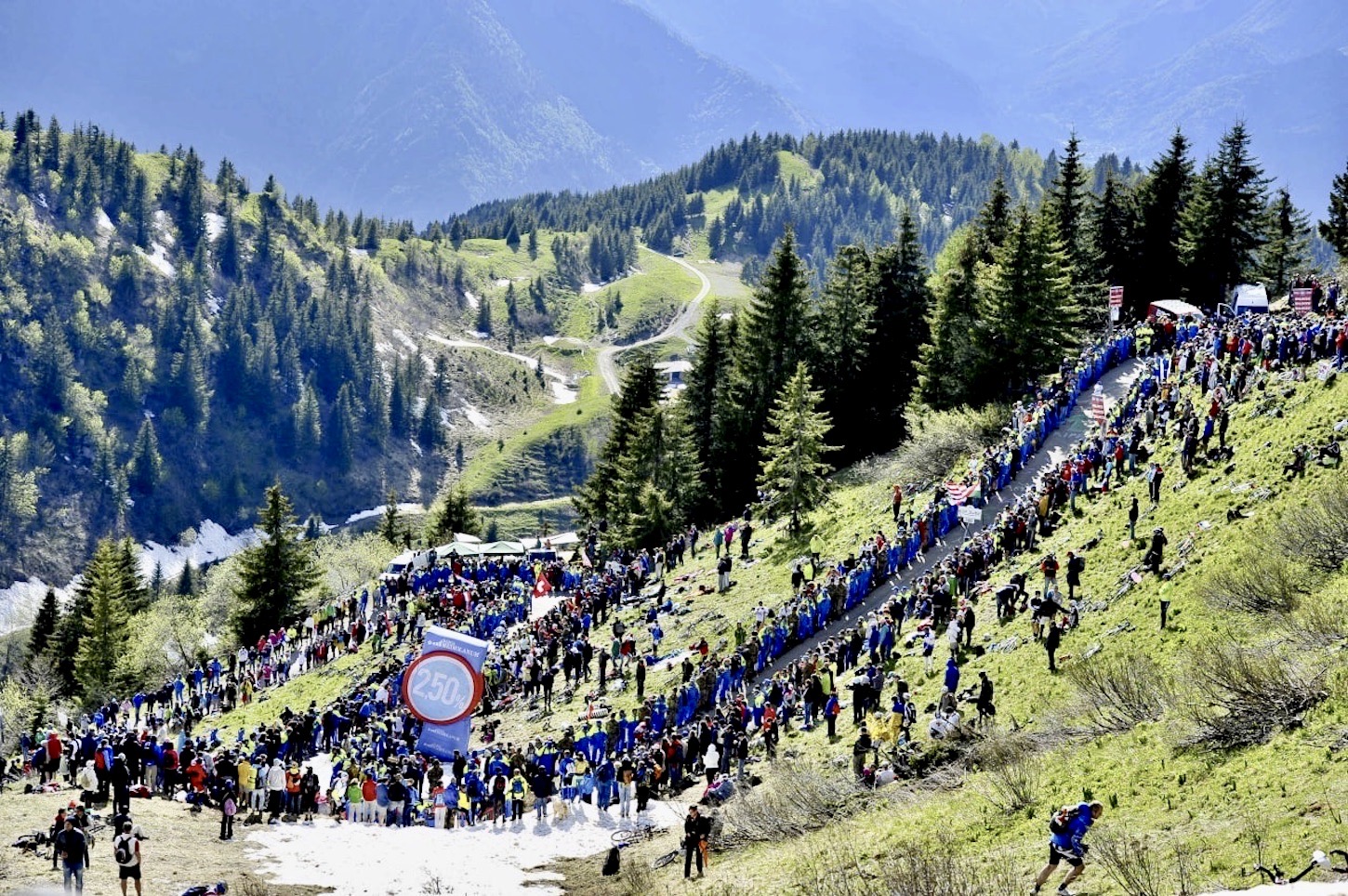 Lorenzo Fortunato (Eolo-Kometa Cycling Team) took a surprising victory in stage 14 of the Giro d’Italia today, with the 25-year-old Grand Tour debutant winning atop the Monte Zoncolan after being in the race-winning breakaway.

Meanwhile, Egan Bernal (Ineos-Grenadiers)  cemented his grip on the maglia rosa. The Colombian rider now has 1:33 lead over  Simon Yates with Damiano Caruso third at 1:55 with Aleksandr Vlasov down to fourth and Hugh Carthy down to fifth

Bernal had followed Simon Yates’ attack towards the top of the Zoncolan, letting the Brit drag him up the gradient before the Colombian dropped him, overtaking the remnants of the breakaway to finish fourth and put even more time into his GC rivals.

Simon Yates was sixth, his effort enough to move him up to second place overall, a minute and a half behind Bernal as Astana’s Aleksandr Vlasov fell away on the Zoncolan and lost time.

Jan Tratnik was the first rider to attack out of the breakaway on the lower slopes of the Zoncolan, with Fortunato bridging across soon after.

After the pair rode together through much of the climb, Fortunato hit out solo in the final two kilometers, winching his way ahead of Tratnik, grinding out a 50-meter gap that the Slovenian stalwart could never quite pull back. Fortunato took the win by 26-seconds, the first of his pro career.

Yates hit out of the GC group in the final kilometer on a fierce 20 percent ramp, with only Bernal able to hold his wheel. The British rider led the pair through the next minutes only for Bernal to pounce in the final 300 meters, rocketing away from the Brit to finish fourth and further extend his advantage in the GC.

Remco Evenepoel (Deceuninck-Quick-Step) was dangling at the back of the GC group through the final kilometers of the Zoncolan, shepherded by teammate João Almeida. The young Belgian was dropped in the final kilometers, losing several minutes. He now sits eighth overall, nearly four minutes back.

Vincenzo Nibali (Trek-Segafredo) also had another bad day in a Giro that never got rolling. “The shark” was dropped out of the GC group with around 6km to go

The peloton didn’t take the start of the stage easy to save their legs for what was to come.

There was a fierce fight to get in the early break before a strong group of 11 went away, which included Fortunato, Tratnik, George Bennett (Jumbo-Visma) and Bauke Mollema (Trek-Segafredo).

The bunch pulled out over eight minutes of a gap as Astana-PremierTech did all the pulling all the way through to and over the Cat.2 Forcella Monte Rest climb, which topped out at 55km to go

Astana-PremierTech piled on the pressure with its whole team through the descent, splitting the bunch into bits with only Pello Bilbao, Bernal and one Ineos teammate making the front split of Astana riders. Most of the remaining GC riders were caught in the second group behind the break, with Evenepeol and a number of his teammates in the third bunch.

There was a short desperate chase from the teams who missed out before the race came back together, with Astana-Premier Tech continuing to tow the peloton through toward the summit finish as the break continued to enjoy its comfortable advantage.

All the effort went unrewarded, as Vlasov was unable to follow Yates and Bernal’s attack he finished over two minutes back on Bernal, slipping to fourth on GC.