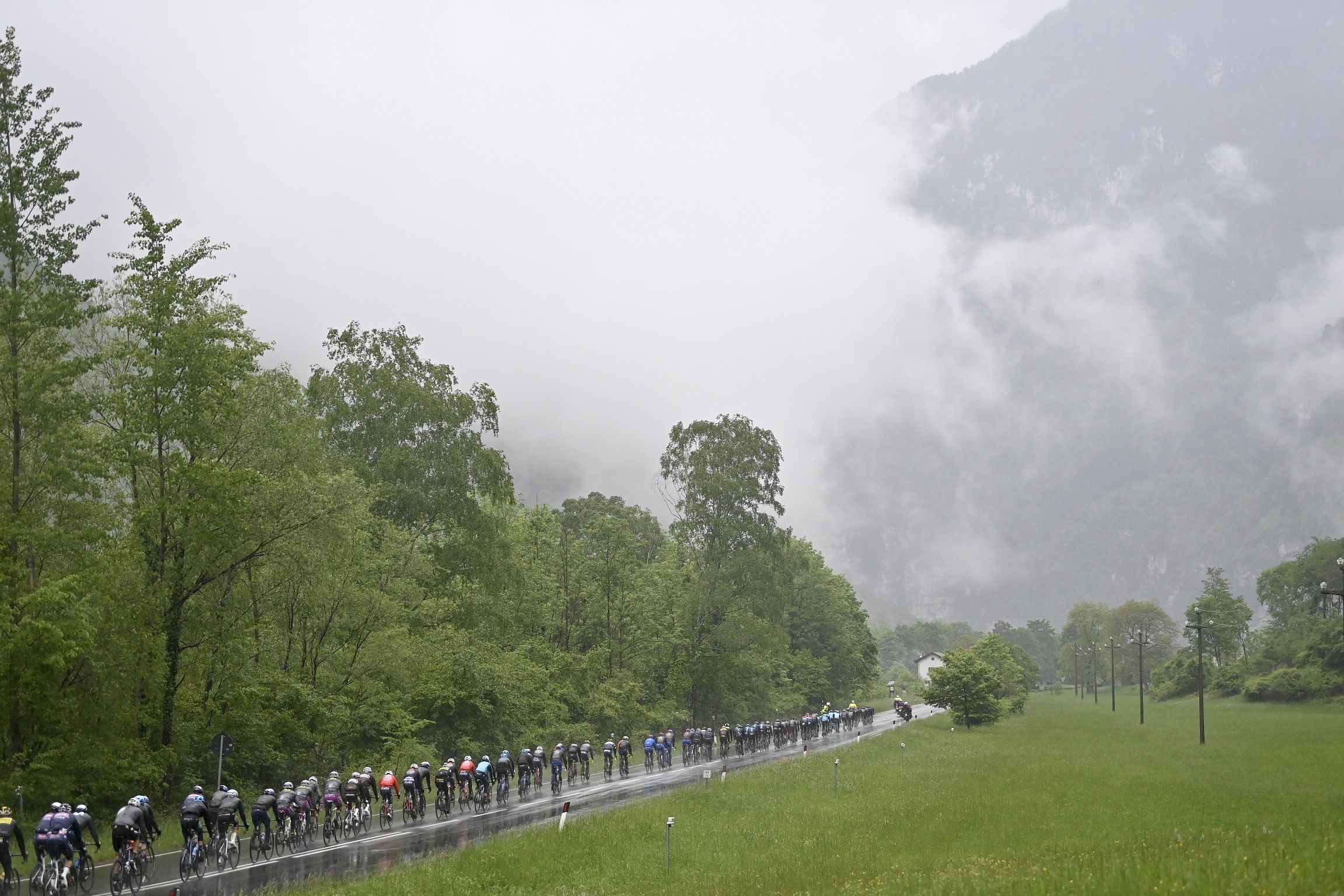 Bernal made his move half-way up the 10-kilometer first-category climb, after EF Education-Nippo had shredded the bunch to an elite selection of GC riders. The Colombian breezed past what remained of the day’s breakaway group along the 2236-meter “Cima Coppi” Passo Giau, safely negotiating the 17 kilometer descent to celebrate his second stage win in Cortina d’Ampezzo.

Caruso had distanced Bardet on the upper slopes of the climb but was caught by the Frenchman on the descent, as the pair both clawed back time on an apparently more cautious Bernal. Still, Caruso moved from third to second overall, at 2:24, at the expense of Simon Yates (Team BikeExchange), who fell to fifth after suffering on the Giau. The Briton was dropped even before Simon Carr had done the last turn for EF Education-Nippo and their leader Hugh Carthy, and went on to concede 2:37 to Bernal.

But the descent of the first climb, La Crossetta, saw the break split up with Almeida, Nibali, Formolo, Izagirre, Amanuel Ghebreigzabhier (Trek-Segafredo), and Antonio Pedrero (Movistar) going up this road. This made Almeida the best placed at the front at 8-32 down on Bernal’s pink jersey.

With 65 kilometers to go, it looked like the chasing group were not making it back to the leaders with the gap to the chasing group including Martin at 3-30. The Ineos Grenadiers-led peloton further two minutes back.

With 40 kilometers to go, news came through that Remco Evenepoel (Deceuninck – Quick-Step) had dropped out of the back of the peloton as EF Education-Nippo upped the pace for their leader, Hugh Carthy. The gap dropped to inside three minutes to the break just before the start of the Passo Giau.

he chasing group was swallowed up by the peloton before the Giau followed by Ghebreigzabhier from the lead group after working hard for his team-mate, Nibali. With 30km to go the gap dipped inside two minutes as Alberto Bettiol (EF-Nippo) continued to drill the pace.

Pedrero led down the brief descent onto the Giau, Izagirre tried to follow but almost crashed before suffering a puncture. Nibali and Formolo managed to bridge across, dropping Izagirre and Almeida. Formolo attacked early.

Pedrero managed to bridge to Formolo before kicking past and going solo to the line. Meanwhile, back in the peloton, the group had dropped to seven riders with Aleksandr Vlasov (Astana-Premier Tech) suffering a mechanical at the base of the climb with Simon Yates (BikeExchange) struggling at the back of the group.

Bernal then launched a devastating attack with 22 kilometers to go with Carthy following as was Romain Bardet. Yates was distanced along with Carthy’s team-mate, Simon Carr as well as Bernal’s final domestique Dani Martínez.

Bernal then dropped everyone, catching Pedrero and immediately dropping them as he disappeared up the road. He held a cap of around 30 seconds as Caruso chased on just behind, with Bardet then making his way back to the Italian on the descent.