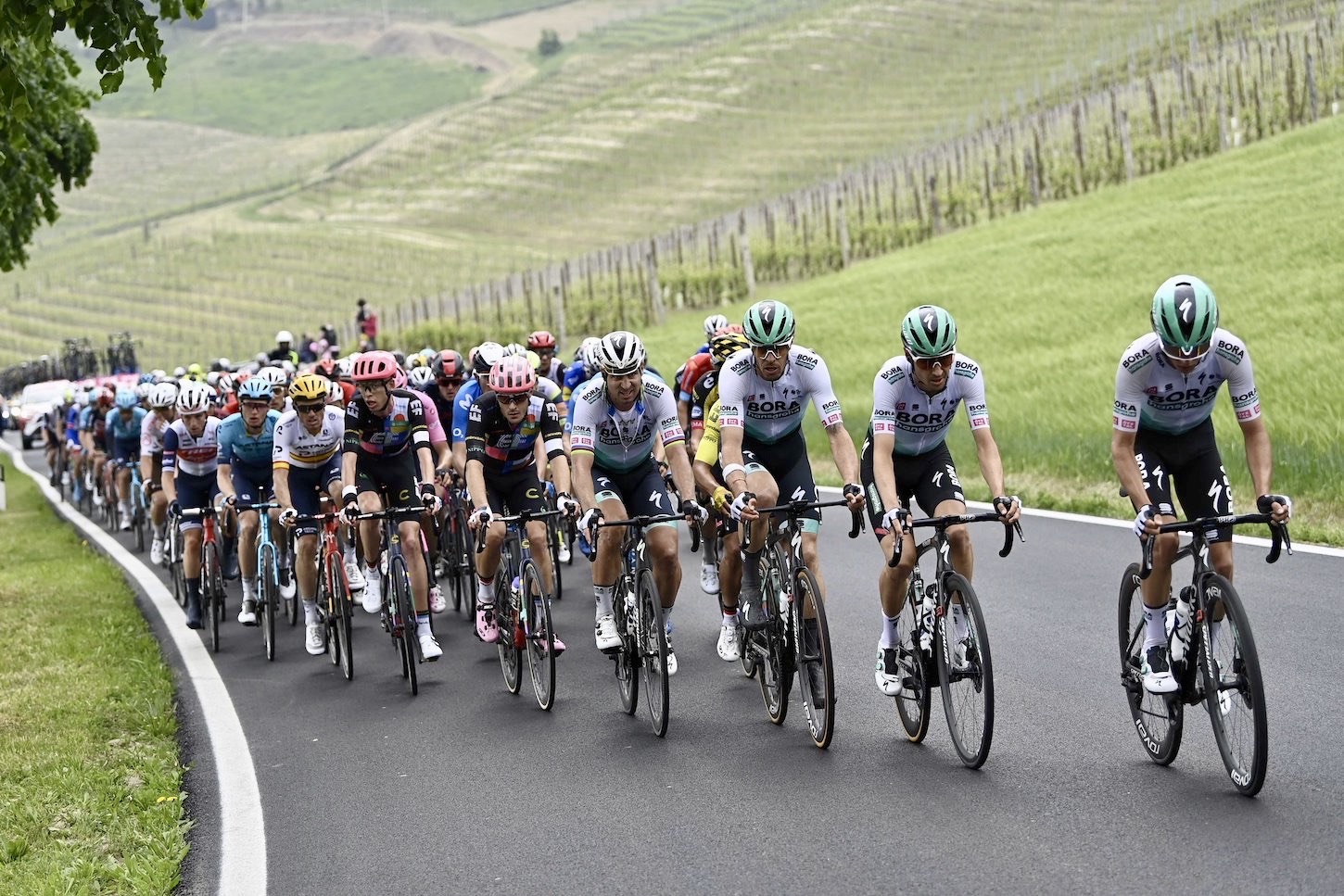 Van der Hoon was the last of the day’s breakaway group, who managed to hold-on after jettisoning fellow escapee Simon Pellaud (Androni Giocattoli-Sidermec) during the final uncategorized but steep climb with 17 kilometers remaining.

From there, the Dutch rider increased his advantage to 40 seconds over the chase, a gap that would endure until the finish.

“I can’t believe it,” said a delighted Van der Hoorn. “I just wanted to go in the break and be aggressive all Giro. It was really difficult to get to the front and win a stage, or get to the finish line with the group.”

Meanwhile, Davide Cimolai (Israel Start-Up Nation) won the sprint from a reduced peloton for second place ahead of Peter Sagan, whose Bora-Hansgrohe team succeeded in dropping many of the top sprinters along the stage’s intermediate climbs.