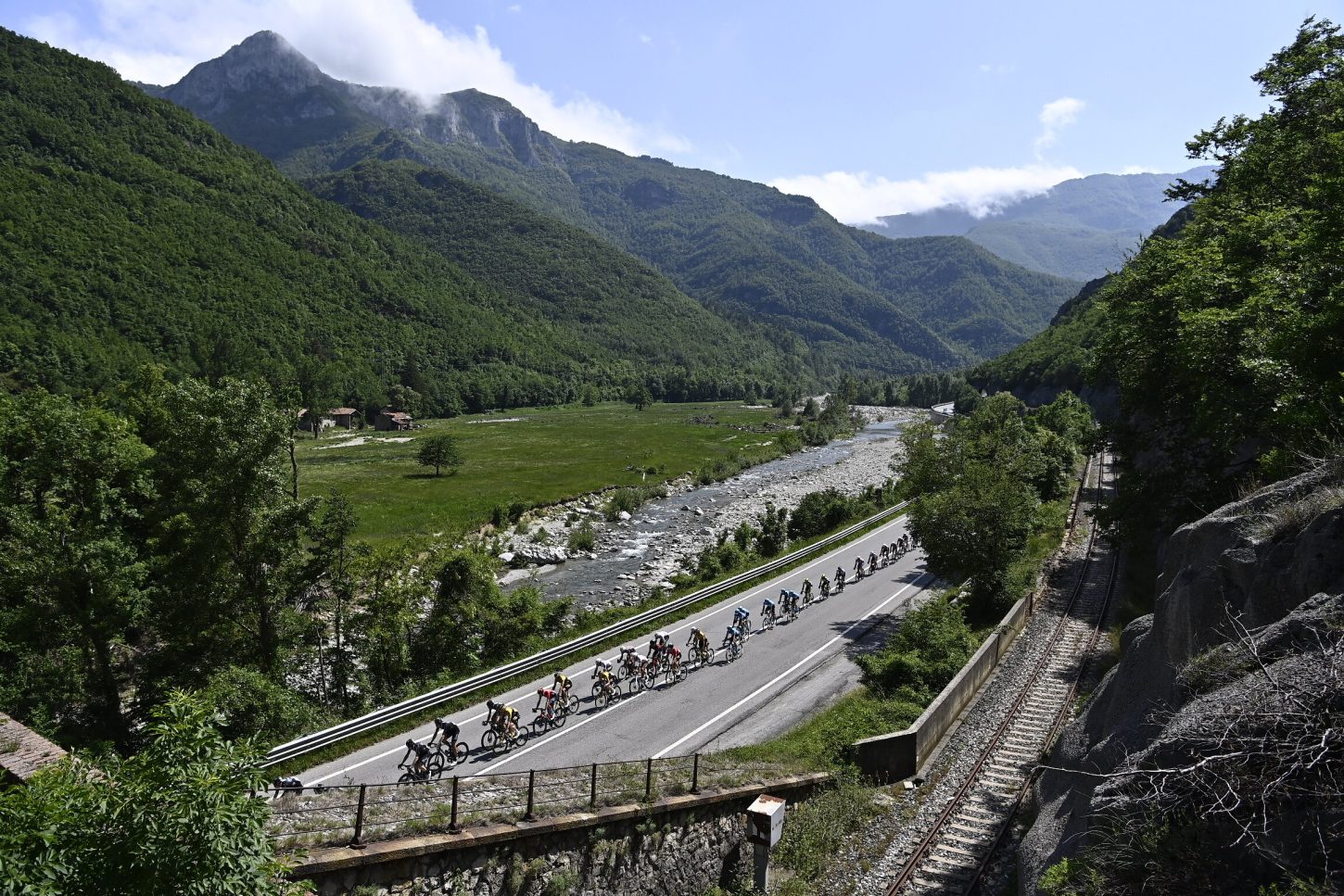 The French rider launched his sprint during the closing 150 meters, going head-to-head with Mark Cavendish (QuickStep-AlphaVinyl) after the day’s four-man breakaway group was reeled in with a few hundred meters to go.

But, Cavendish couldn’t match the power of Démare, subsequently fading to third place as his French rival sped across the finish, followed by Bauhaus who zipped past the British rider during the closing meters to grab second place.

As the escapees tackled the first categorized climb of the day, the Colle di Nava, Tagliani was dropped, as the group’s gap continued to stretch out to over six minutes.

Meanwhile, Groupama – FDJ, Quick-Step Alpha Vinyl Team, Israel – Premier Tech and UAE Team Emirates were busy working hard to try and bring down the gap, as the quartet pushed on.

At one point, the four leaders looked as though they might avoid capture, but they were eventually reined in during the final 500 meters.

From there, Groupama-FDJ came to the fore, once again moving Démare into perfect position to contest the sprint.

In the meantime, Juan López (Trek-Segafredo) finished safely in the front group to keep the maglia rosa heading into tomorrow’s potentially explosive stage.