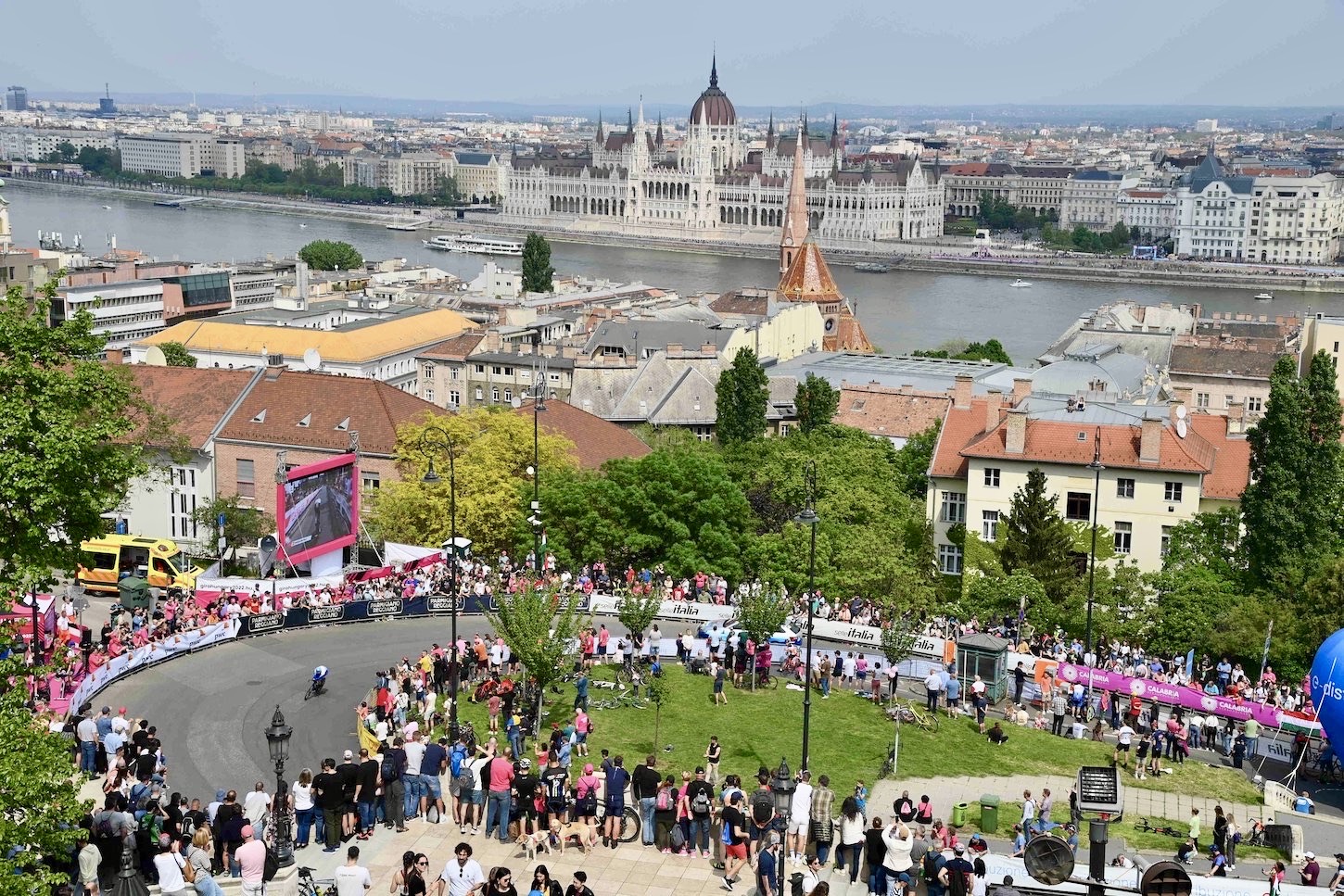 However, after winning yesterday’s opening stage, Van der Poel’s second place finish was enough for the Dutch rider to hold onto the maglia rosa, with an 11-second lead over Yates.

“I’m really happy, a bit unexpected but I’ll take them [victories] as they come,” he said at the finish. “I just tried to go as fast as possible. I have to thank team partners Giant and Cadex – we put a lot of work into our equipment this year and it paid off.”

“There’s some much more demanding stages to come,” he added. “We’ll enjoy today but keep looking at the bigger picture.”

Riders such as Alex Dowsett and Edoardo Affini set early benchmarks that were later toppled by the likes of Matteo Sobrero, Dumoulin and Yates, with the Briton ultimately stopping the clock just ahead of Van der Poel.

Romain Barder (Team DSM) also put in a strong effort, finishing 24-seconds down on his teammate Thymen Arensman, who made it into the top 10, while Mikel Landa was beaten by his Bahrain Victorious teammate Pello Bilbao.