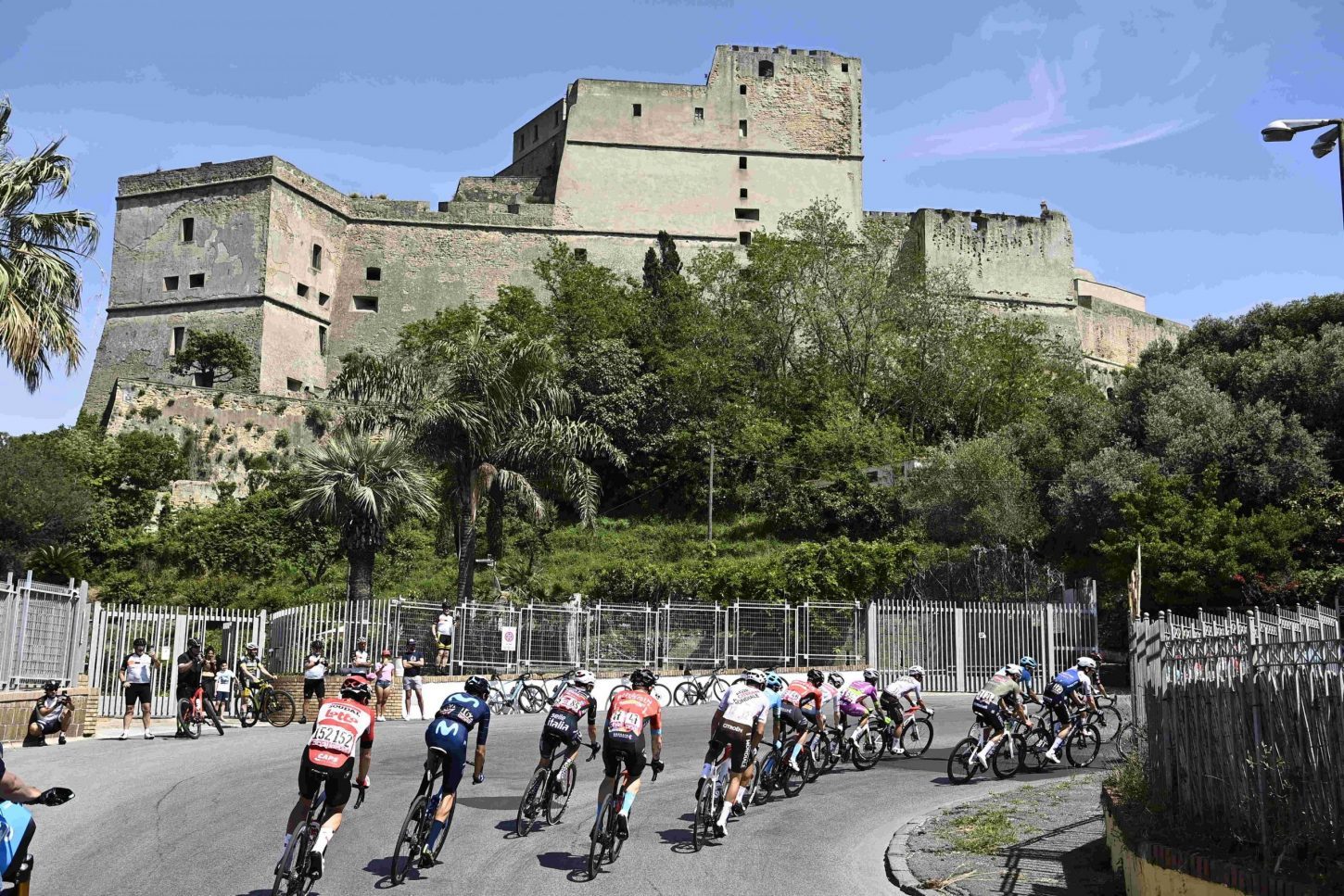 Following a long day in the breakaway group during an attack-filled stage, Thomas de Gendt emerged victorious in stage 8 of the Giro d’Italia today, beating Davide Gabburo (Bardiani CSF Faizanè) and Movistar’s Jorge Arcas in a sprint finish in Naples.

The group had been working well together, until van der Poel decided to attack with 47 kilometers to go, a move that proved to be short-lived.

Ravanelli was later dropped from the group, while the remaining quartet forged ahead.

Meanwhile, van der Poel and Girmay chased in earnest, but the duo was unable to bridge their way to the four leaders during the last few kilometers, leaving de Gendt et al with a 15-second advantage as they raced to the finish.

Coming into the sprint, it was De Gendt who pulled from the rear of the group with a final burst of acceleration, punching the air having won with a size-able gap over Gabburo, with Arcas rounding off the podium.