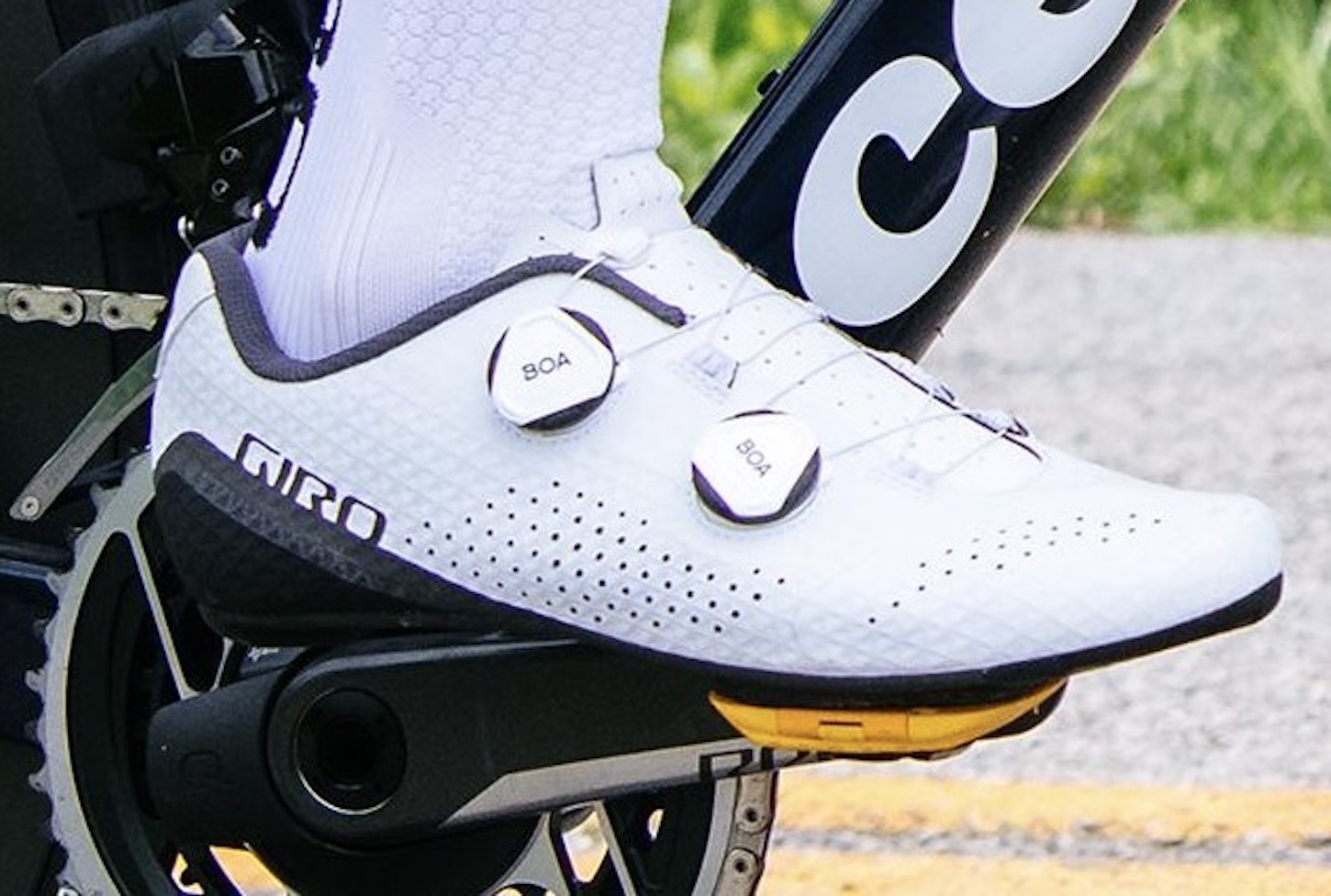 Giro has launched a new road cycling shoe called the Regime, offering many of the same attributes as its flagship Imperial model, but at a more affordable price of $225.00.

The Regime features the same premium, lightweight Synchwire synthetic upper construction as the Imperial, which comprises multiple layers of heat-bonded monofilament mesh and a mid-layer structural sheet that ensure proper fit, as well as support forces distributed by the dual Boa dials. There’s also plenty of ventilation courtesy of laser perforations that plot the shoe.

However, in order to keep the cost down, the Regime relies on an injected carbon-reinforced sole instead of a full-carbon construction, along with non-replaceable “dual-injected TPU walking pads” at the heel and toe.

“Whether riders are rolling out on a long weekend epic, tackling an important race, or just enjoying a quick after-work spin, they need shoes that are comfortable, lightweight and provide a powerful connection to the pedals,” said Giro Footwear Product Manager Peter Curran. “The Regime was specifically developed around the combination of Synchwire uppers, our new carbon composite outsole and Boa’s most popular dial closure, to create a supportive fit with high performance, ease of adjustment on-the-fly and supreme comfort.”

Other features that highlight the Regime are Giro’s 3D-molded Aegis insoles and reflective heel tabs and logos.