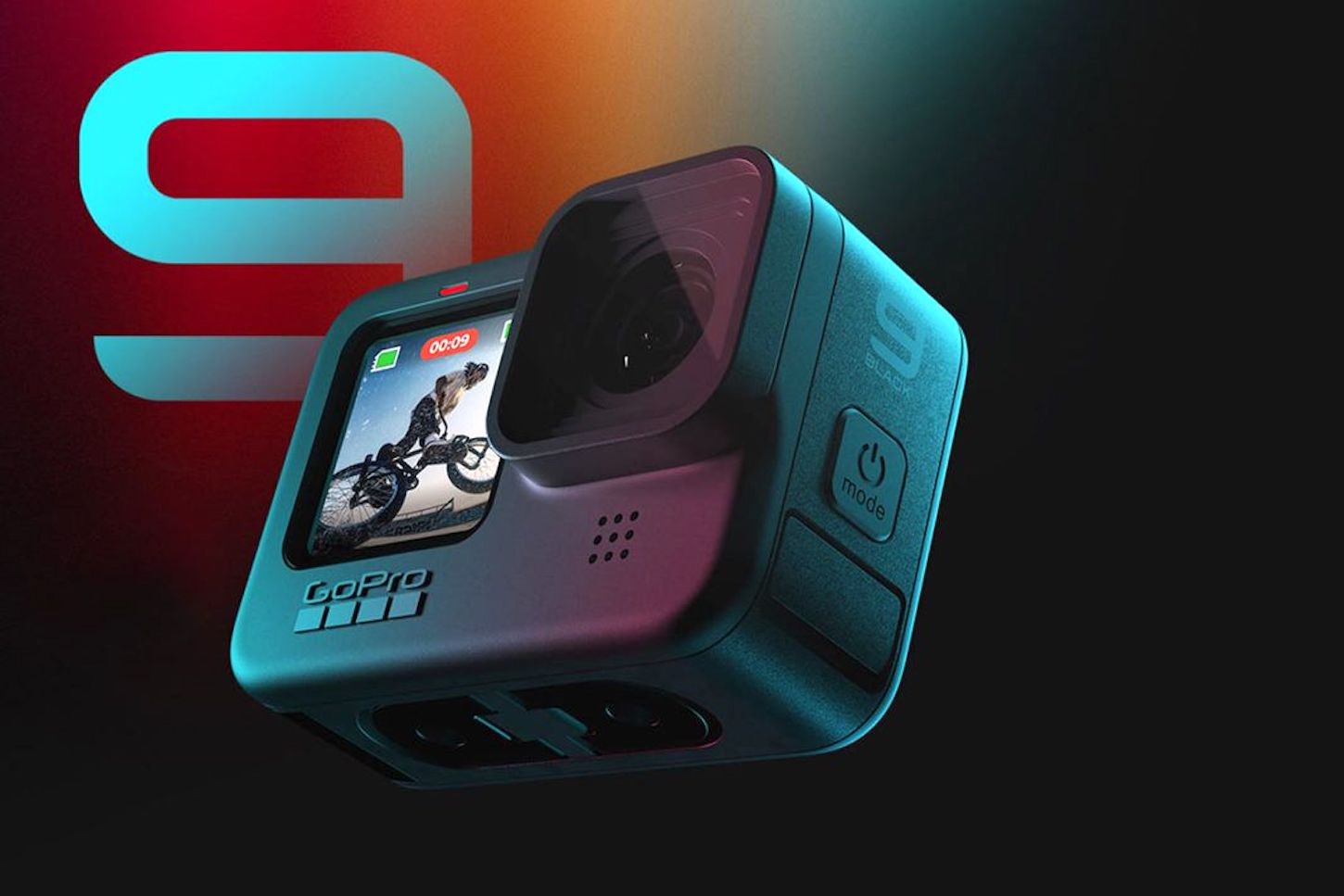 GoPro has lifted the curtains on its latest action camera, the HERO9 Black, which is capable of recording in 5K30 video and providing 20MP of still photos thanks to its new 23.6MP sensor. It also has room enough for a front display as well as a large rear touchscreen, offering not only more powerful imagery, but 30% more battery life as well.

While the HERO9 Black has all the great features of its predecessor, the HERO8 Black, such as a waterproof housing, 1080p live-streaming, night-lapse, digital lenses, multi-language voice control, and SuperPhoto + HDR, the HERO9 takes things even further. For instance, its updated video features include HyperSmooth 3.0, which provides even more stability with in-camera horizon leveling that supports up to +/-45% tilt, while TimeWarp 3.0 has been updated to include speed ramping to record at real speed with audio or at half speed to condense your time-lapse scenes.

Other professional features include face, smile, and blink scene detection, Wi-Fi and Bluetooth for use with the GoPro app, 8x slow-motion recording up to 1440p120 or 1080p240, cloud recording, portrait or landscape orientation modes, data overlays, webcam mode, and capture scheduling. Audio features include an enhanced, louder speaker, stereo and raw audio formats, and three microphones with enhanced noise-reduction—and even more, believe it or not. The HERO9 Black also supports the latest video compression formats, including H.265/HEVC, H.264/AVC, and MP4, and it can record at up to 100 Mb/s. Photo mode has also been enhanced in the HERO9, providing massive 20MP SuperPhoto raw photos, a photo timer, Protune for photo as well as video, burst, and multi-shot sequences.

Additionally, the HERO9 Black is waterproof up to 33′ without an external housing, along with numerous accessories such as a protective housing and the Floaty available to help you shoot even deeper in the water. The handy 1.4″ front status display helps you configure the GoPro when mounted, and the even larger, rear 2.27″ touchscreen display lets you control your camera image and settings. The HERO9 Black incorporates the same folding fingers mount as the HERO8 did, making it easy to mount anywhere. It also includes a powerful 1720mAh battery that adds 30% shooting time, so you don’t have to change it out too often, and it supports quick charging with a separate fast charger. It uses a microSD card for recording, and you can also transfer your photos and videos using the USB Type-C port.

Finally, a number of versatile mod extensions will be available to add functionality to the HERO9 Black, such as the Max Lens Mod wide-angle stabilizer lens, the Light Mod to add lighting to your scene, and the Media Mod to add a microphone or other peripherals. In addition to the USB cable, battery, carry case, and basic mounts included with the camera, there are also numerous accessories, such as a protective lens, battery charger, silicone sleeve, and other riggings, mounts, and accessories available separately to add even more functionality to this tiny but powerful action camera.

The new GoPro HERO9 Black retails for $449, but GoPro is offering it for $349.98 through its GoPro Plus membership, giving owners a full year subscription, along with a 32GB MicroSD card.

Under the membership, the  camera can also be bundled with a hand grip, hat clip mount, and a spare battery for $399.98.