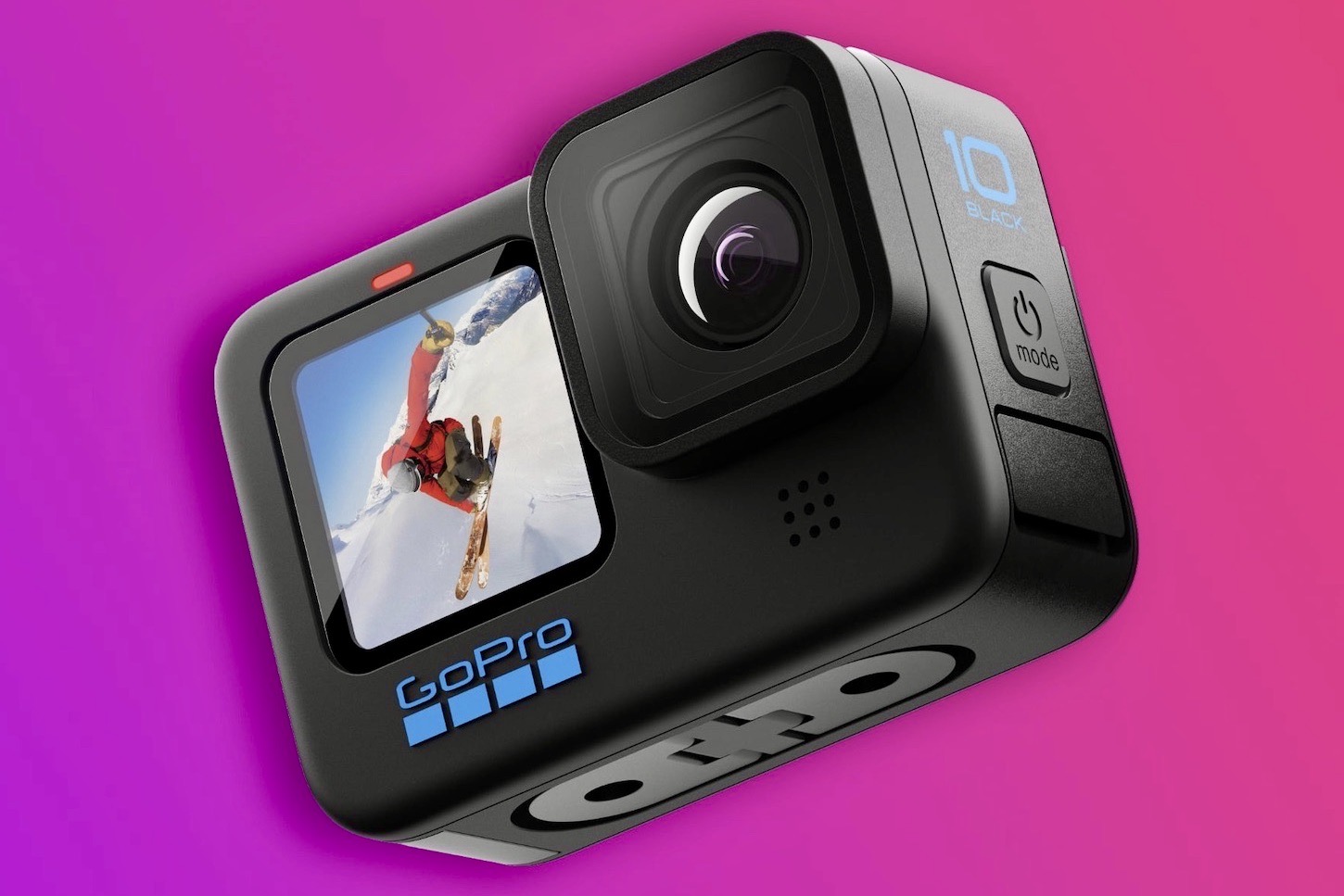 Additionally, the Hero10 Black also gets upgraded video stabilization courtesy of GoPro’s HyperSmooth 4.0, ensuring that the camera smooths out even the most shake-ladened experiences. Also, the camera’s horizon leveling feature benefits from an increased tilt limit of 45° in high-performance settings, up from 27°, making even your most chaotic video footage look professionally smooth and steady.

The Hero10 Black is also cloud connected, automatically uploading recently captured footage to your GoPro cloud account when plugged in, a service from GoPro that provides unlimited cloud backup for $4.99 a month or $49.99 a year.

In addition to performance, GoPro also had environmental impact in mimd, using only plastic-free packaging with a reusable case.

“We’re as committed to reducing GoPro’s impact on the environment as we are to producing the world’s most versatile cameras and imaging software solutions,” says Nicholas Woodman, GoPro founder and CEO.

Hero10 Black sells for $399.98, which includes a one-year GoPro Subscription, or $499.99 without a subscription, while existing subscribers can purchase a value-added HERO10 Black + Accessory Bundle for $399.99 that includes an extension grip with tripod, a magnetic clip mount, a spare battery and a 32GB SD card.