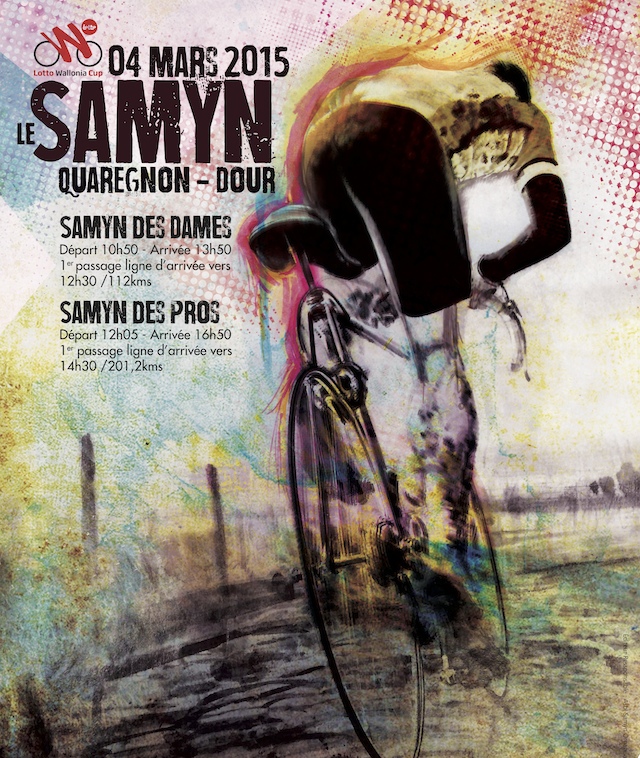 The peloton split into two groups, as riders entered the final finishing circuits. However, as they approached the final 20 kilometer mark, the field managed to come back together.

The group continued work in unison from there, subsequently building up a slight lead of about a minute over the peloton.

With the peloton fast on their heels, Johansson made one last effort to slim down the breakaway group and fend off the chase over the cobbles before the finish line.

“There’s that cobble section at two kilometers, so I attacked there to see what would happen,” said Johansson. “Everyone was hesitating a bit before that, and a few of the girls had stopped taking turns. So – I attacked. All that happened was that we dropped Amy Pieters. I backed off again after the cobbles because I thought someone else would have go. Van der Breggen was really strong today, and I was surprised she didn’t attack.”

Pieters latched back on to the leading group, but by that point the chasers had the breakaway within sight. Johansson and company were swallowed up 600 meters before the line.

“Chantal and Ellen were still fresh coming into the finish, and with the strength from the lead-out Ellen could do, it’s not a surprise that Chantal won,” Johansson noted.

“Yes, Boels-Dolmans won today but I don’t think they were so dominate this time compared to Het Nieuwsblad. With the race on Saturday, they outnumbered every team in every move, you know? It wasn’t like that today.”

“When we through the cobble section just before the finish line for the start of the last lap, that’s when van der Breggen attacked,” explained Johansson. “That’s how the group of six got away. I gave it a crack over the hill because that’s my strength against the others. I didn’t think I would drop anyone, but I thought I could maybe tire them out a bit.”

“I don’t think Guarnier knew what do in that break – if she should ride or not,” Johansson added. “She took some turns at the beginning but then she didn’t work. Everyone else was sort of taking their turns.”