30 Aug 2015
By Gianni Pericolo - In LATEST ARTICLES, THE GREAT RACE 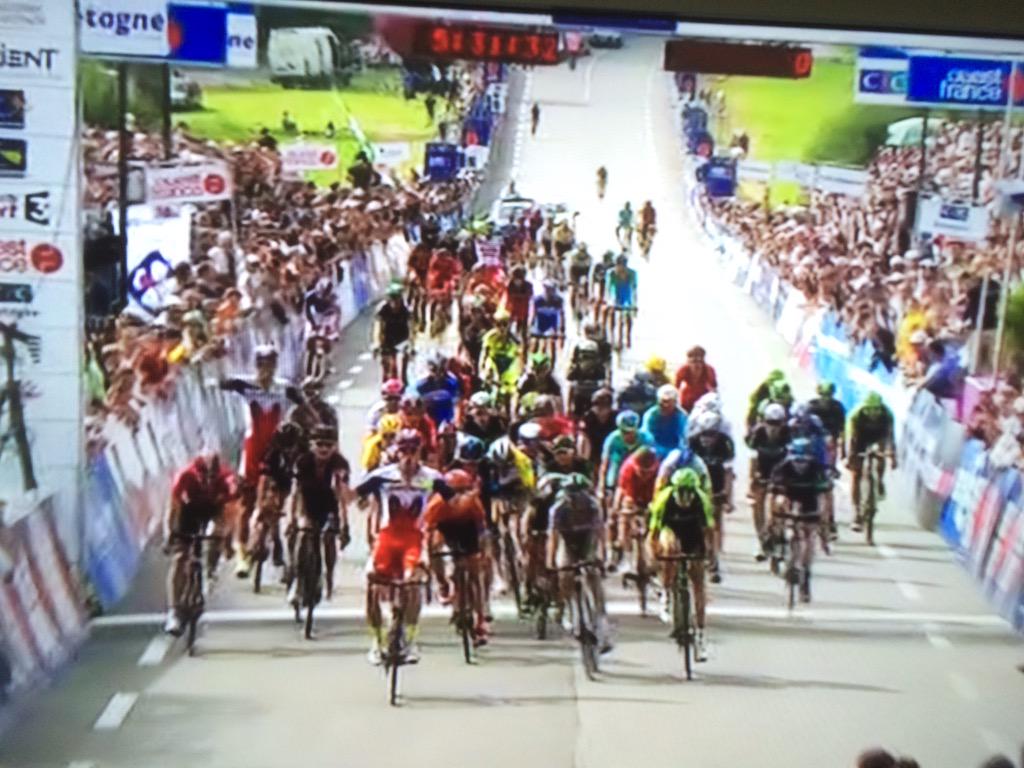 The Katusha rider found himself in perfect position during the final sprint to the line, to nix his closest rivals, Simone Ponzi ( Southeast) and the  Ramunas Navardauskas ( Garmin – Cannondale ), to claim the victory.

Prior to the finale, the peloton managed to reclaim the day’s 6-rider breakaway group during the final kilometers of today’s race.

From there, Katusha was successful in ushering Kristoff into position during the closing few hundred meters, for the Norwegian rider to seize victory in the 84-year old French one-day race.

“I knew there was a possibility because I had done GP Plouay three times already but I didn’t see myself as a favourite,” Kristoff said. “Last year, it was a winning breakaway. At the end, my team kept me safe. It was quite dangerous going to the finish because of all the guys coming from behind but I received a great lead out from Marco [Haller] and Jacopo [Guarnieri] as usual.”

“It’s a really hard race here. It was a bunch sprint at the end but I wasn’t sure if I could overcome the last climb. I’m really happy that I managed to do it. I was not confident in bringing the race back together.”

“My twentieth win is a big one.” “To win in the World Tour is always great. I’m really happy about that. Now I’m looking forward to the twenty-first victory. The World Championship is my next big goal.”