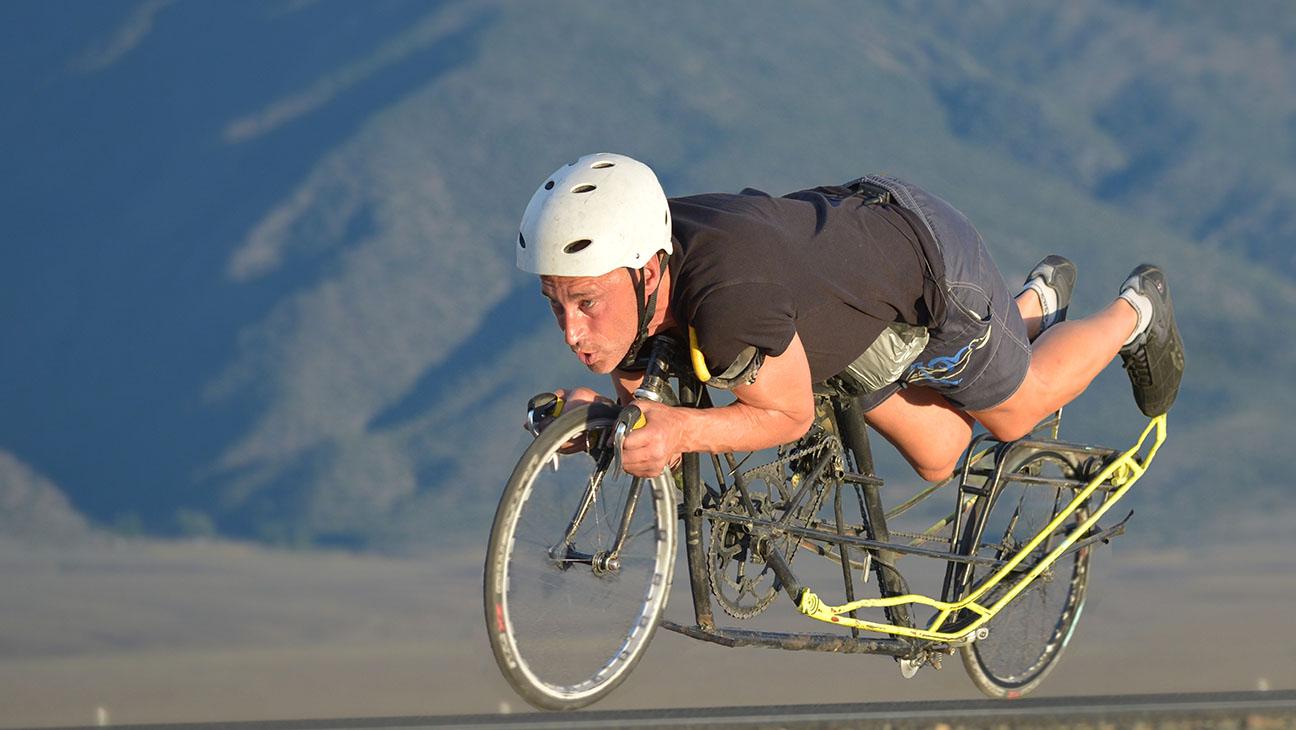 A DVD, along with an Android download, are also in in the works for the film, which Obree says has received a “tremendous” reception from the cycling community.

The documentary has been touring cinemas across the UK over the last few months, often accompanied by a Q&A session with Obree himself – with further screenings scheduled.

Battle Mountain: Graeme Obree’s Story” follows the man known as The Flying Scotsman on another seemingly insurmountable quest. In his 47th year the world champion and world hour record holder competes at Battle Mountain, Nevada for the Human Powered Landspeed Record. He is up against the best teams, technology and science in the world, with only his hands, eyes, mind and body, a saucepan and a pair of roller blades. Battling with his inner demons and physical setbacks during the preparation for his latest sporting challenge, this is an intimate, emotional and inspiring portrait of a man who time and time again succeeds against all odds.