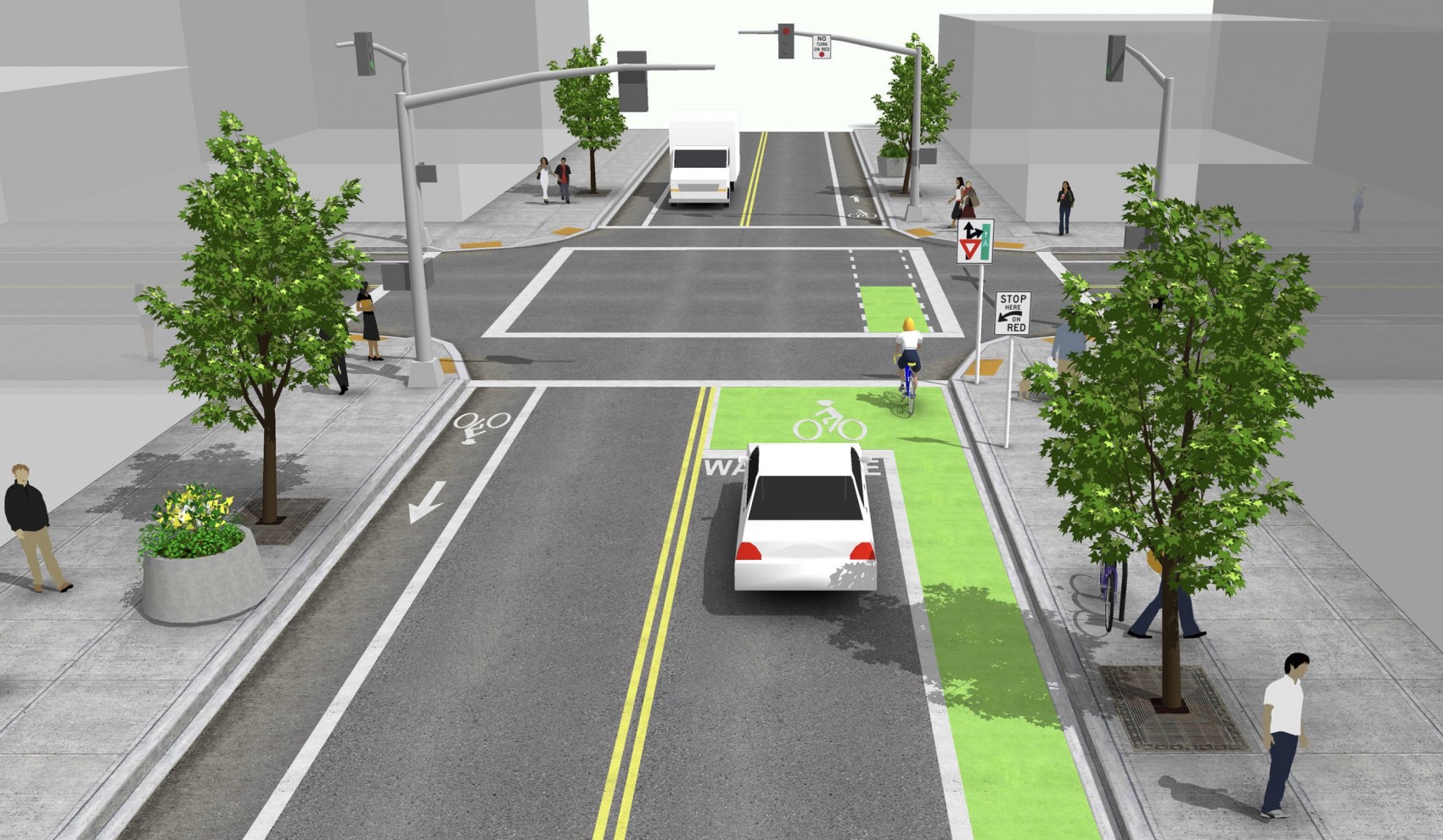 City-dwellers consider cycling or walking to work to be part of a healthy routine. But latest studies on air pollution show that nanoparticles – unseen pollutants – are a major concern.

New research from our group, published in the journal Atmospheric Environment, shows that a simple solution to the problem could be building green roadside corridors of vegetation.

Air pollution takes different forms. Nanoparticles, those smaller than 100 nanometre (billionth of a metre) in diameter, are of great concern from a health perspective. Their small size allows them to enter deep into the respiratory system and reach other parts of the body.

Road vehicles are a major source of nanoparticles. While humans can tolerate exposure to nanoparticles to a certain limit, cyclists and pedestrians risk exposure beyond that limit.

A report from the Health Effects Institute suggested these particles could be inhaled more deeply into the lung and might be more toxic than larger particles. This is simply because these particles remain suspended in the air longer and they are able to penetrate and deposit in the respiratory systems. What makes matters worse is that harmful organic compounds, which would have otherwise passed through the system, stick to these particles because of their large surface area per unit volume.

The number of deaths caused by nanoparticles exposure is hard to estimate, but a recent review study published an estimate of Asian cities. These estimates suggest that in 2010 in Delhi about 1900 deaths per million were caused by traffic-related nanoparticle exposure alone. Similar or worse air pollution conditions can be expected in all the ten other Asian megacities in 2010 and assuming similar mortality rates in Asian megacities to those in Delhi, rough estimates suggest 310,000 deaths per year.

Whether the level of exposure to nanoparticle pollution is harmful depends broadly on two factors: air pollution concentration, and the level of physical activity of the person breathing. The more physical exertion, the more air we take in. Cycling is an intensive activity where breathing rates can be more than 30% higher than during walking.

If we take the example of a 42km road race using the typical concentrations of nanoparticles obtained from our study, the exposure doses of nanoparticles experienced by cyclists for covering this distance could be 65% higher compared with walkers who cover the same distance with the benefit of a green corridor.

Trees help in cleaning our environment by acting as a sink for air pollution and producing fresh oxygen for us. What has been less clear until now is whether it matters where this urban vegetation is planted.

Our research supports this finding, and demonstrates the effectiveness of roadside vegetation barriers to reduce nanoparticle pollution by at least one-third. If these green barriers are placed alongside the busy open roads, these can restrict freshly-emitted air pollution, including nanoparticles, and stop them reaching footpath users, cutting down exposure to appreciable levels.

Most cities worldwide are facing the issue of air pollution with high nanoparticle exposure, a common phenomenon. Cutting emission exposure by more than a third just by utilising already available resources is an intelligent way to make a big difference. That is the least we can do to ensure cycling brings the promised health benefits.