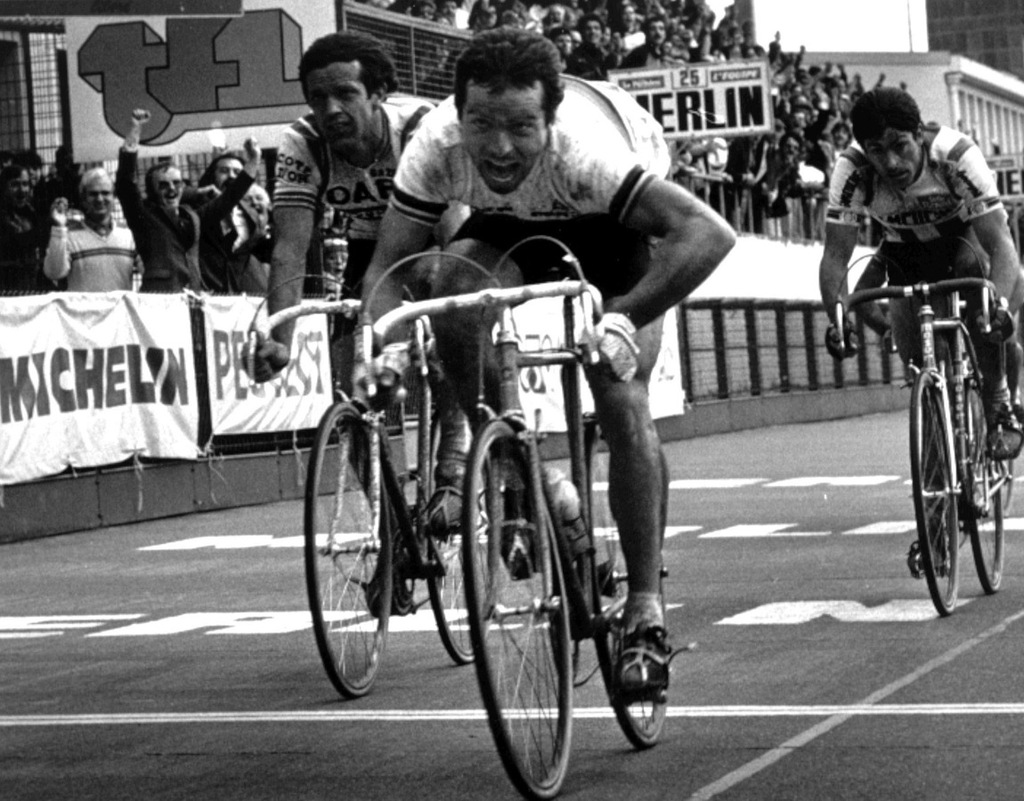 A belated happy birthday to Guido Reybrouck, who was born on December 25, 1941 in Bruges, Belgium.

The Belgian rider is best known for his prowess as an excellent ‘Classics’ rider, having won the Paris-Tours Classic in 1964, 1966 and 1968, joining Gustaf Danneels of Belgium, Paul Maye of France, and Erik Zabel of Germany as the only 4 riders to have won the French race on three occasions.

In addition, Reybrouck won Championship of Zurich in 1964, followed by the prestigious Amstel Gold Race in 1969.

Other notable victories included, winning the Points Jersey in the 1970 Vuelta a Espana, the 1966 Belgium National Road Race Championship, the 1964 Züri-Metzgete and the venerable Kuurne–Brussels–Kuurne race in 1965.

Reybrouck narrowly  missed out on a slot on the podium of the 1969 World Championship Road Race, after finishing in fourth place behind Harm Ottenbros of Holland, Julien Stevens of Belgium and Michele Dancelli of Italy.

As far as Grand Tour events and stage races are concerned, Reybrouck racked up several stage victories in the Tour de France, Giro d’Italia and Vuelta a Espana, along with numerous first place finishes in races such as Paris-Nice, Paris-Luxembourg, Setmana Catalana de Ciclisme, Volta a Catalunya, Giro di Sardegna, Tirreno–Adriatico, Vuelta a Levante and the Tour de l’Oise throughout his career.