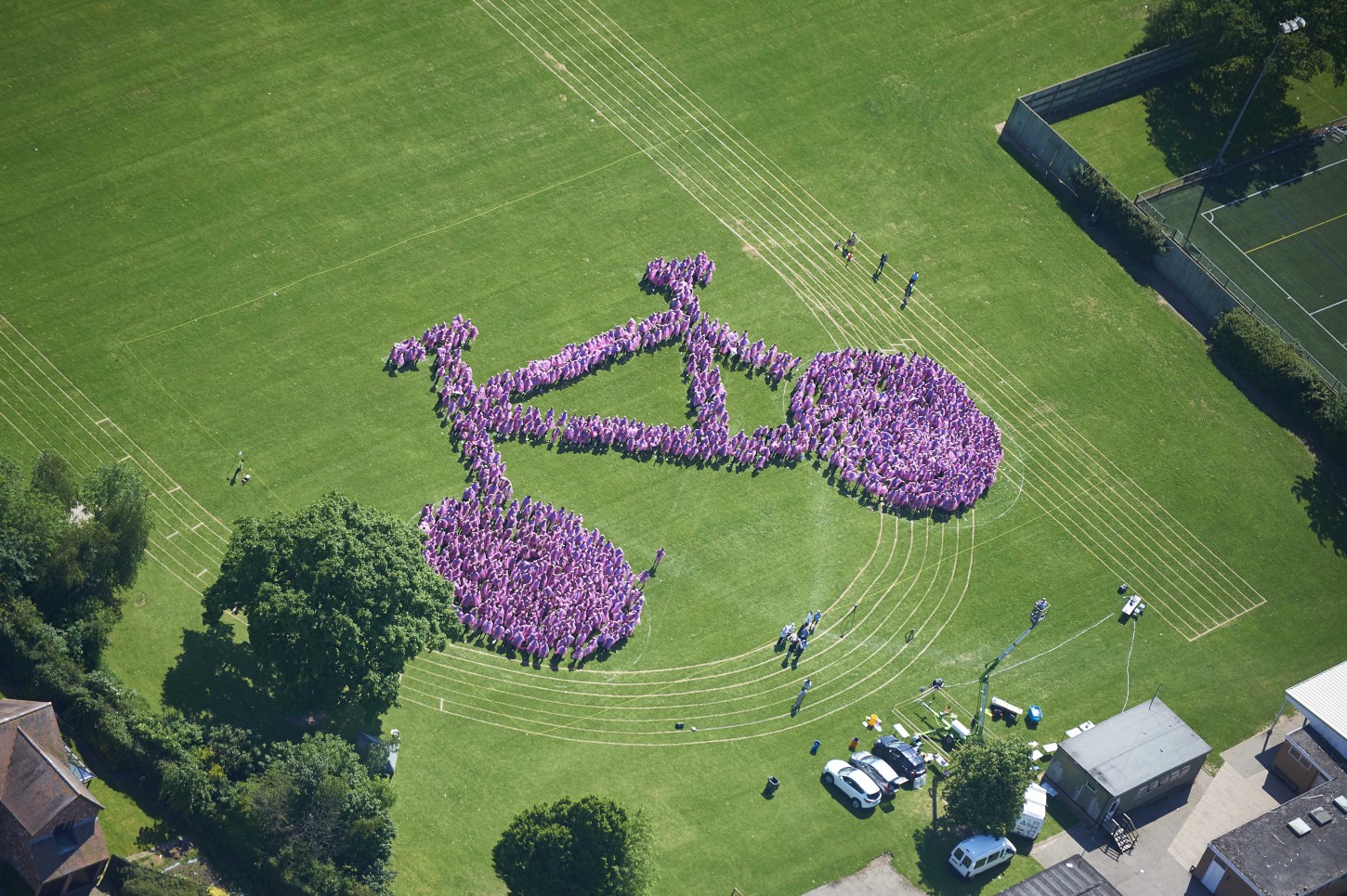 Students and teachers alike from the Kenilworth and Sixth Form schools in Warwickshire, UK on May 26, came together on May 26 to set a new Guinness World Record for the Largest Human Image of a Bicycle.

Indeed, some 1,148 people, comprising students, teachers and members of Warwickshire County Council staff, spent an hour to make sure they had created the bicycle image without any breaks under the watchful eye of the Guinness World Records adjudicator.

They eclipsed the current record of 891 people, set by the community of Silloth-on-Solway, Cumbria, during the Tour of Britain in September 2015.

The event was part of the county council’s efforts to engage and excite the next generation of cyclists in the run up to the county hosting the Warwickshire stage of the OVO Energy Women’s Tour on Friday June 9.

The Warwickshire Stage of the tour will start in North Warwickshire with Atherstone once again playing host to the start. Riders will then finish the stage 150 km later in Royal Leamington Spa.

Hayden Abbott, head teacher of Kenilworth School and Sixth Form said, “I feel delighted for the students and for everyone involved that we’ve achieved a world record. It’s a great sense of bonding and cohesion. It feels really good and a great way to end the half term.”

Lucia Sinigagliesi of Guinness World Records said, “I would like to say a big thank you to everyone involved in today’s well-executed record attempt.”

“The world’s biggest human image of a bicycle consists now of 1,148 people and it looked amazing … officially amazing!”

You can read more about the record by visiting Guinness World Records’ website here.