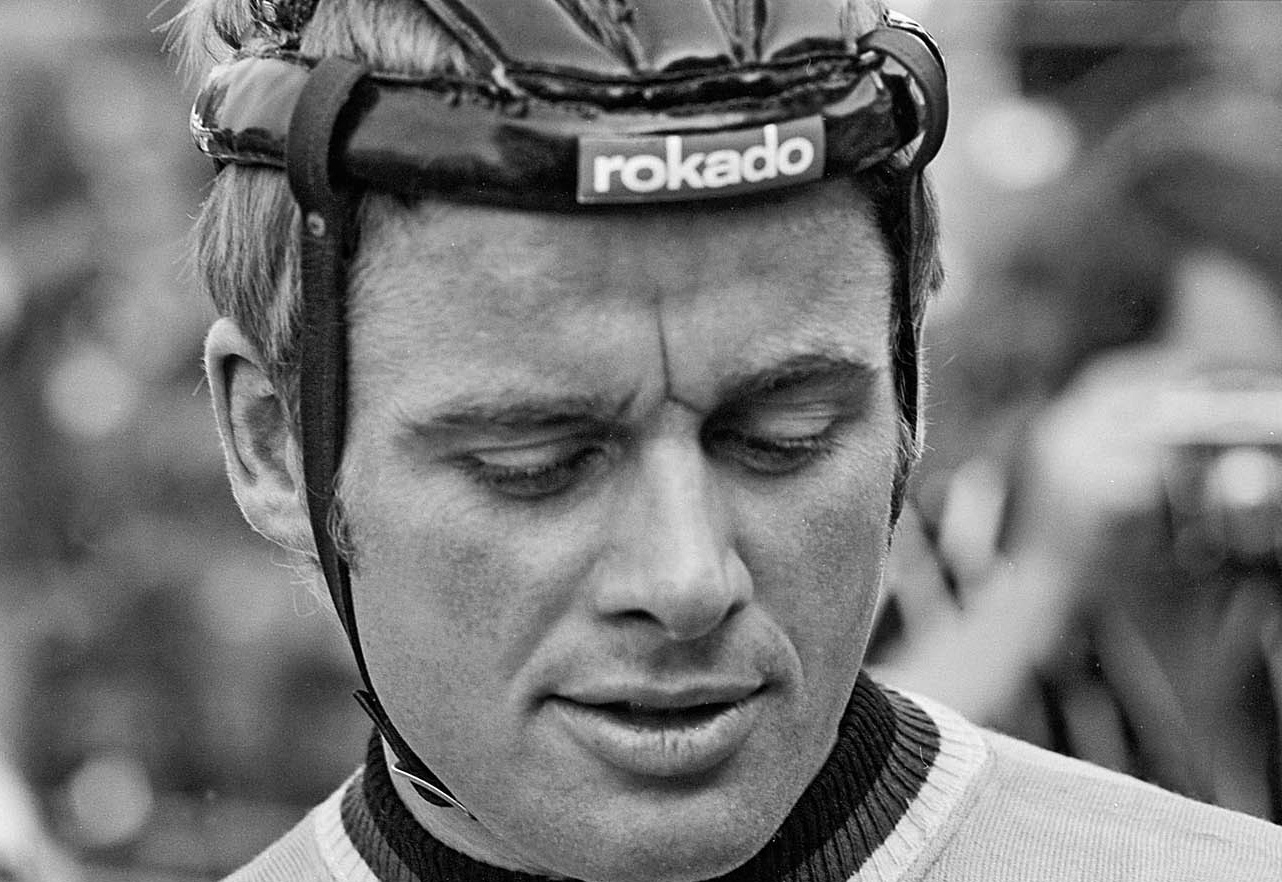 A belated happy birthday to Hennie Kuiper, who was born on February 3, 1949.

The Dutch rider was regarded as one of the most dominant forces in both Grand Tour events and One-Day races throughout the 1970’s.

Some of Kuiper’s most notable achievements in One-Day races included winning the 1975 World Championship Road Race in front of Roger De Vlaeminck of Belgium and Jean-Pierre Danguillaume of France, along with the 1981 Tour of Flanders Classic, the Tour of Lombardy Classic (same year), the 1985 Milan-San Remo Classic and the 1972 Olympic Road Race.

In Grand Tour events, Kuiper stood on the podium of the Tour de France twice, after finishing 2nd in the 1977 race behind Bernard Thévenet of France and 2nd again in 1980 behind fellow-Dutchman Joop Zoetemelk.

Kuiper was born in Denekamp, in Overijssel province, where his affinity for cycling began at a young age while riding to and from school in the distant town of Enschede.

He later started participating in junior races, amassing an impressive 39 wins as an under 23 amateur rider, which later culminated into a Gold Medal at the 1972 Olympic road race in Munich, where he claimed a solo victory after distancing the peloton during the final 40 kilometers.

This was followed up with a triumph in the Tour of Britain (Milk Race) that same year.

Kuiper turned professional in 1973 with the small German team Haro-Rokado.

His career took off in 1975 when he signed for the Dutch team Frisol, where he was given more opportunity and support from fellow riders like José De Cauwer, who worked alongside him until the 1980 season.

As mentioned, 1975 was a break-out season for Kuiper, after he captured the World Champion’s Rainbow Jersey in Yvoir, Belgium, which featured one of the toughest routes of any World Championships to date with over 260 kilometers of racing and 21 ascents of a 3 kilometer climb.

Kuiper signed for the TI–Raleigh team in 1976, and the following year he finished 2nd in the 1977 Tour de France just 48 seconds behind Thévenet, claiming the prestigious mountain stage at Alpe d’Huez, a feat he repeated in 1978.

Kuiper would again stand on the podium of the Tour de France in 1980, after finishing 2nd behind Zoetemelk, which marked a close for his participation in Grand Tour events.

The next season he moved to the DAF Trucks team and began focussing solely on One-Day races.

From there, Kuiper racked up an impressive slew of victories in some of the most prestigious One-Day Classics, winning the Milan-San Remo race at the age of 36.

However, retirement came for Kuiper in 1988, hanging up his riding shoes after winning a small cyclocross race in his home province of Oldenzaal.

After retirement, Kuiper moved into the role of team management, overseeing the small German pro squad Team Stuttgart between 1989 and 1990.

In 1991, he became head of the formidable Telekom team. But, in 1992 he was lured by Jim Ochowicz to become assistant manager of the American Motorola team, for which he stayed with for four years.

In 1997, Kuiper made his way back to Dutch soil, working as the public relations director for the Rabobank team, as well as coaching the Dutch national team.

Kuiper remains one of the most celebrated Dutch riders of all-time, often appearing as a race dignitary and commentator for many of the One-Day Classics in the Netherlands.