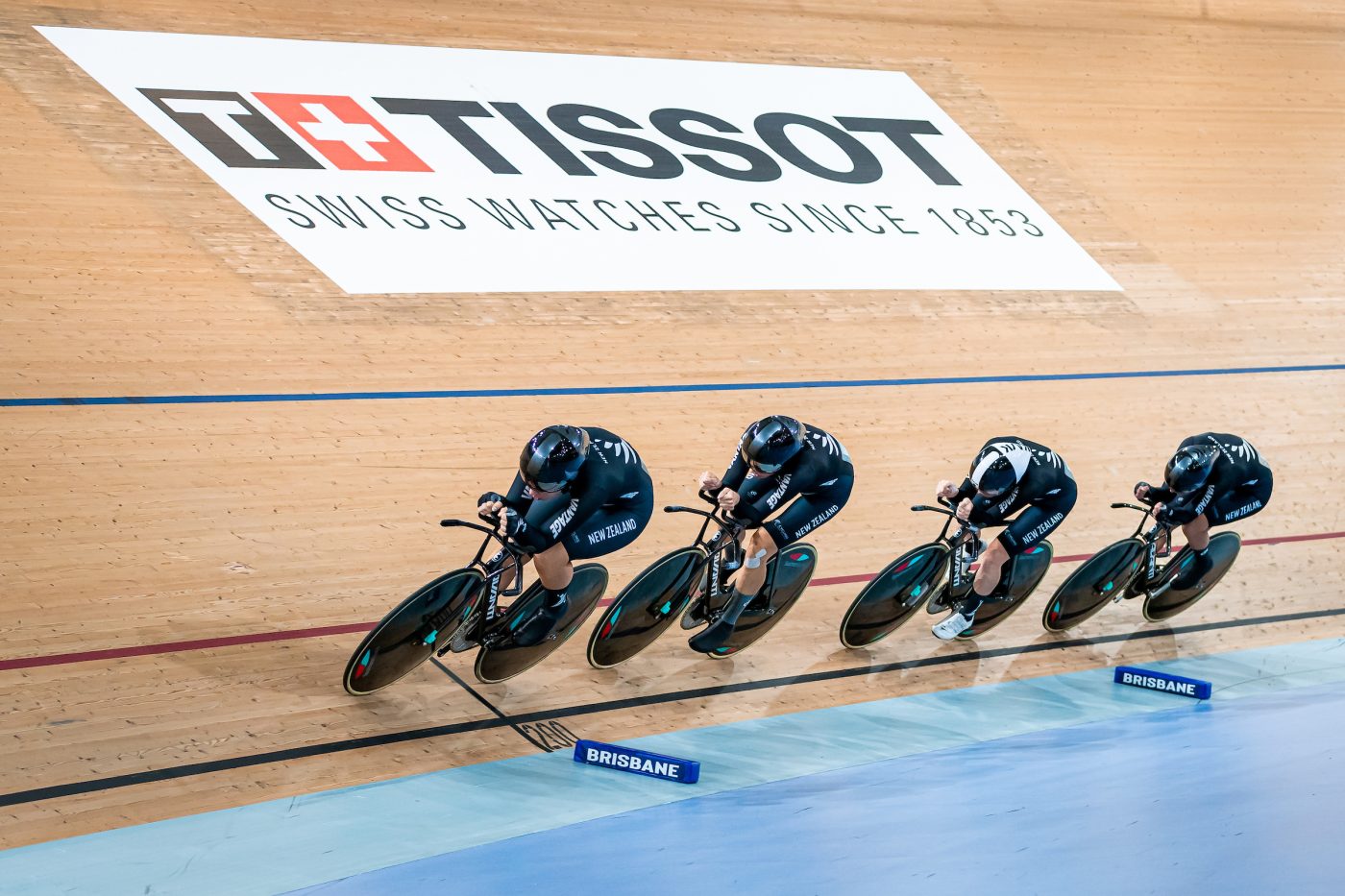 Track cycling in 2019 provided high-octane thrills, with the Tissot UCI Track Cycling World Cup and the UCI Track Cycling World Championship presented by Tissot being the biggest events, and much more entertainment coming from velodromes around the world in between. The World Cup straddles the calendar year so 2019 began with the two final back-to back rounds (V and VI) of the 2018-2019 series.

A week later in Hong Kong the individual sprints were won by Tom Clarke (Australia) and, bringing the house down, Lee Wai Sze. The team sprint saw victory go to Australia (men) and a hugely popular win for China’s women. Italy won both the team pursuit golds.

The Keirin went to the experienced former UCI World Champion Theo Bos (the Netherlands) and – yes – Lee Wai Sze for her second keirin win and sixth gold of the 2018-19 UCI World Cup.

Australian Cameron Meyer and the Netherlands’ Kirsten Wild won the Omnium events. The Scratch Race went to Guo Liang (China) and Martina Fidanza (Italy) took her second gold in as many weeks. The Madison saw New Zealand win the men’s race, and the Dutch women – Wild and Amy Peters – overcome the Belgians for their first win of the UCI World Cup.

At the 2019 UCI Track Cycling World Championships in Pruszków, Poland, the battles for rainbow jerseys created some thrilling viewing.

In the individual pursuit, Italy’s hot property Filippo Ganna repeated his 2018 gold while Australia’s Ashlee Ankudinoff upgraded her 2017 silver to gold. Australia’s collection of rainbow jerseys continued to grow in the team pursuit, where they beat Great Britain into second place in both the men’s and women’s events.

In the team sprints it was glory for the Netherlands’ men and Australia’s women. Those two nations were clear in the medal table, each on six golds but the Dutch edged it, with one more silver. Hong Kong’s two golds – both for Lee Wai Sze – ranked them in third place ahead of Germany, France and Great Britain.

In March, hot on the heels of the UCI Track Cycling World Championships presented by Tissot came the UCI Para-cycling Track World Championships in Apeldoorn, Netherlands. Then, in April, we watched a Belgian man take himself to Hell and back… 27-year-old Victor Campenaerts set a new UCI Hour Record timed by Tissot in Aguascalientes, Mexico, with a distance of 55.089km.

Hong Kong’s Lee Wai Sze repeated her rounds II and III wins to beat Australia’s Steph Morton in the individual sprint, and Morton also had to settle for second in the keirin, behind Colombia’s Martha Bayona. The Omnium went to Jennifer Valente (USA) as in Minsk. Poland won the women’s team sprint, and the home crowds loved watching Australia win both the team pursuit and, as in rounds I, II and IV, the Madison.

With the final round to come in Milton, Canada, in January, the UCI World Cup rankings and the Olympic rankings are still close in many events. Find the UCI World Ranking and Olympic qualification ranking here and the Tissot UCI Track World Cup ranking here. Like every other cycling discipline on the Olympic programme, track is looking forward to its biggest worldwide audience in Tokyo.