How Cycling’s Rising Popularity Built a Lucrative Tribe of MAMILs 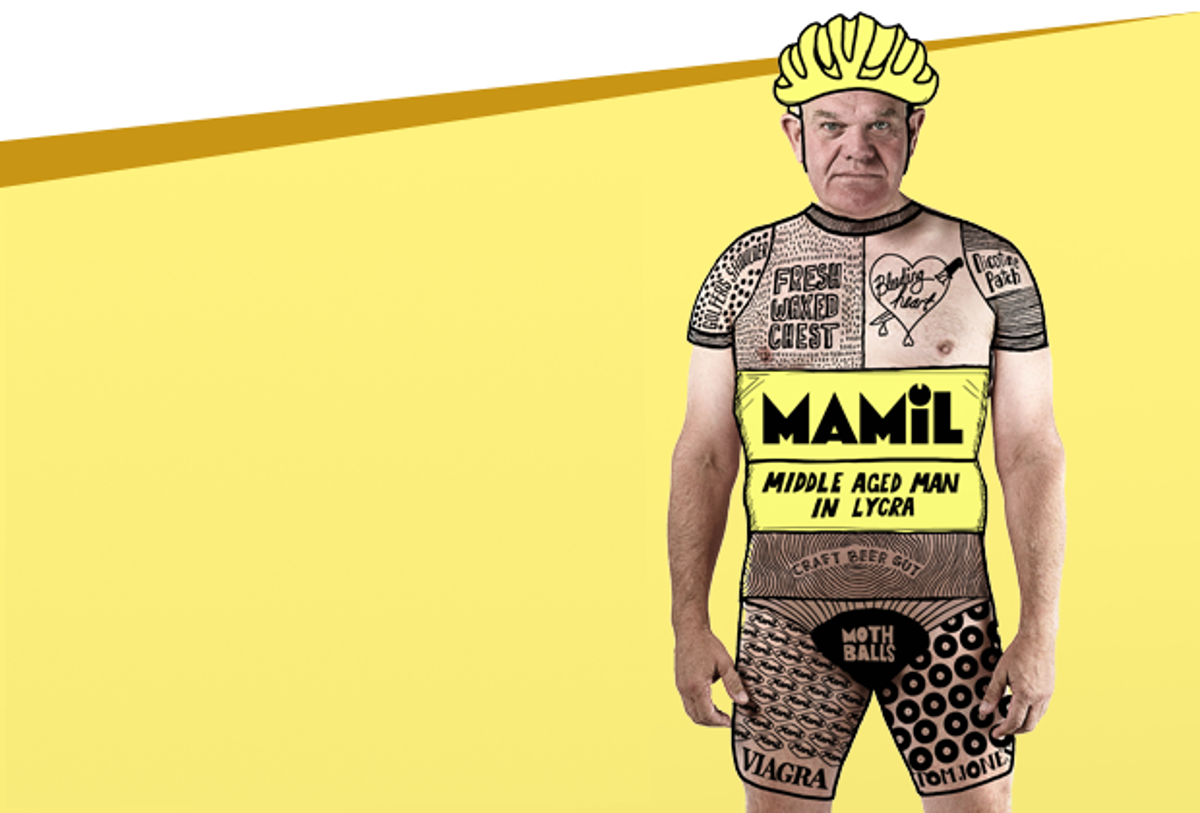 How Cycling’s Rising Popularity Built a Lucrative Tribe of MAMILs

American Flyers was a 1985 movie depicting the strategy and tactics of road cycle racing. In addition to an early appearance by Kevin Costner, the film was notable, among other things, for its portrayal of European cycling.

At the time, professional cycling had still to take hold in the United States and Lance Armstrong was only a boy, no doubt pounding the streets of Plano, Texas in anticipation of what lay ahead. Instead, the movie’s glamour boys were the European riders who were all swagger and attitude.

Up to that point, professional cycling had been a distinctly European phenomenon. It was dominated by heroes and icons such as Fausto Coppi, Jacques Anquetil and Eddy Merckx. Another rider, Miguel Indurain, was the quintessential type of European cyclist depicted in the movie.

A five-time Tour de France winner, during his career Indurain was often portrayed as having had an impoverished working-class upbringing – cycling was his route out of farming in rural Navarre, Spain. Even so, for every Indurain, there had been a hundred other French, Italian and Spanish riders of the same ilk.

If American Flyers portrayed cycling in the way it had always been, its prophetic message was of what cycling would become. Many of the film’s scenes were staged using the actual 7-Eleven professional team as actors. In time, 7-Eleven eventually mutated into the Motorola team, which was formed by Jim Ochowicz. Ochowicz went on to become Lance Armstrong’s first professional team director when the rider competed for Motorola between 1992 and 1996.

Both Ochowicz and Armstrong brought a new approach to cycling that was less Spanish farm worker and more square-jawed American executive. Their strategy was more akin to industrial process and commercial enterprise, something which began to revolutionise professional cycling.

Under the influence of Armstrong, Ochowicz and others, the corporate types being drawn into cycling were soon themselves enticed by participation in the sport. In their book, Wheelmen, Reed Albergotti and Vanessa O’Connell of the Wall Street Journal identified how cycling was embraced by, and became the epitome of, American business culture. It was intensely competitive and combined the importance of strong strategy and tactics with the need for the good health and well-being of executives.

Following developments in the United States, cycling’s nouveau-riche contingent found a new boost from an upsurge in British interest in cycling. First came some success, most notably during the 2004 Athens Olympics, which led to a sharp increase in the sale of bicycles in Britain. Then came the emergence of a new team, Sky, which not only set about revolutionising the sport, but also provided a focus for UK sports fans and bike riders alike.

At the heart of this British new wave was a man who was neither European farmer nor American executive. Rather, he was all Fred Perry, Northern Soul and tattoos. Although he had been around on the professional scene for more than a decade, when Bradley Wiggins won the Tour de France and an Olympic Gold Medal in 2012, cycling in Britain went stratospheric.

If Armstrong was the poster boy for corporate America, then Wiggins was more like David Beckham on wheels. With a penchant for 1960s British music, a wardrobe of sharp suits and a loving family to boot, for many British males Wiggins was and still is a 21st-century icon in the way he balances style, rebelliousness, family life and high performance at work.

Of this Anglo-American marriage was born a love-child, the disciples of which now populate the highways of both countries and beyond. Where once, the working-class traditions of cycling witnessed farmer’s sons on bikes, now our roads are adorned with gleaming machines ridden by accountants in synthetic fabric – the MAMILs have arrived and are populating the cycling world.

Middle-Aged Men in Lycra (MAMILs) have rapidly become a cultural phenomenon and a clearly defined market segment. Kitted out in garish sponsor-laden kits of professional teams, they pedal away on £4,000 bicycles.

Some cultural commentators have identified cycling as the new golf, as hordes of men flee the fairways and head for the hills. The suspect fashion and competitive edge are still there, but health, welfare and team bravado have replaced the one-upmanship of golf’s club houses. Furthermore, there’s something distinctly 21st century about pushing oneself to the physical limit with the guys on Mount Washington in New Hampshire or in the Yorkshire Dales, rather than indulging in a Sunday afternoon saunter around a pleasant golf course.

MAMILs have also become a marketer’s dream, spending sums of money on a bike that most people would ordinarily only spend on a small family car. The preponderance of lycra, carbon fibre helmets and on-board computers has contributed to a cycling industry that is now estimated to be worth £2.9 billion or more to the British economy alone.

As Britain’s Chris Froome continues to lead the Tour de France, and with US rider Tejay van Garderen challenging strongly until his dramatic exit on Wednesday, this year’s race has been something of a MAMIL fantasy. As such, carbon fiber rim manufacturers and energy bar producers are no doubt already salivating at the prospect of further boosts to their coffers.

Yet for all the cynicism among lonely women and overweight men, MAMIL mania should not be so quickly discounted. Just think of the environmental benefits every time a pushbike replaces the 1970s fuel-guzzling sports car that such men once longed to buy in middle age. At the same time, there are health benefits as well; unlike golf with its 19th-hole celebratory cigars and round of whiskies, the new way among MAMILs is to consume energy drinks and fruit purees in order to keep their bellies in check.

While some people will mourn the passing of cycling’s heritage and traditions, we now have a sport that is exactly what the likes of Jim Ochowicz set-out to create – and then some. Indeed, as we get deeper into the 21st century, with money in sport taking hold and the need for active lifestyles pressing, it is unlikely that we will ever see a return to the rugged, unvarnished type of cycling witnessed during the era of Coppi and Anquetil.