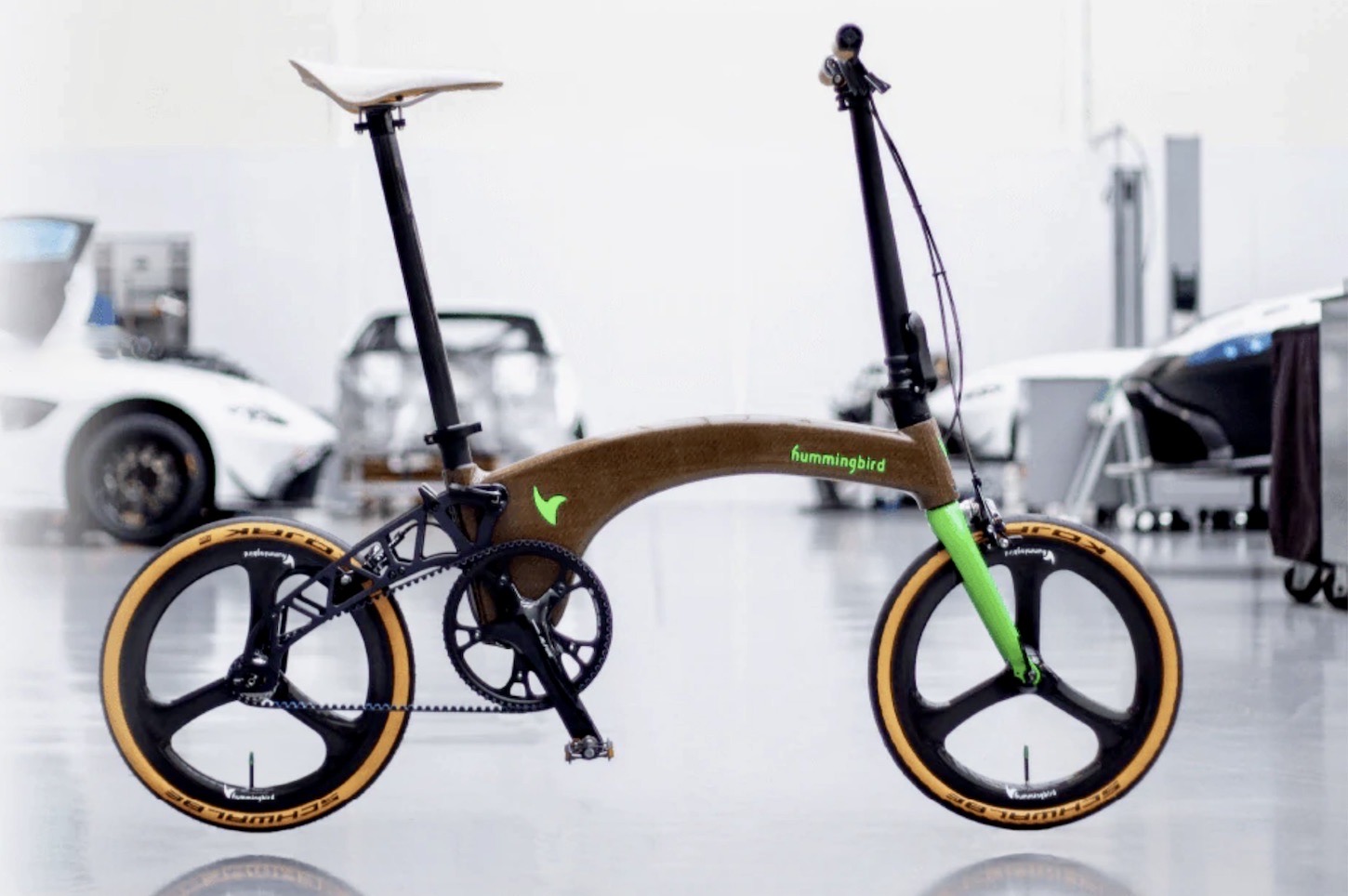 Hummingbird has debuted its latest folding bike, touting it as the world’s lightest sustainable bike thanks to the use of flax fiber, with some models tipping the scales at a svelte 70kg.

“Flax fiber is a plant-based material capable of being just as light and strong as carbon fiber. Already being used in the motorsport industry as an alternative to carbon fiber, flax is lighter than carbon and offers improved vibration damping. Like the carbon fiber range, the new flax model passed ISO standards with flying colors after being put through the industry’s rigorous stress tests,” says Hummingbird.

“Flax is also a sustainable material, unlike carbon fiber, as the waste generated at the production stage is biodegradable. Flax is far less harmful to dispose of and recycle than carbon as it will break down,” the British company adds.

Additionally, the British motorsports company, Prodrive, was instrumental in the development of the bike, with Director of Business Development Matt Bradney saying, “most composites are still made with synthetic fibers, which are very energy-consuming to produce, but natural fibers are grown, not made, and the energy requirements to turn the grown fibers into a useful reinforcement for composites can be considerably less than that required to produce a synthetic fiber.”

“Flax is the current predominant fibre in natural composites, with very good fibre and mechanical properties. There is a well-established infrastructure for producing flax fibers, which are also used for other sectors, such as the production of linen,” he adds.

The Hummingbird Folding Flax Bike is available in four variants, three with a choice between either a single-speed or multi-speed drivetrain, and one with electric assistance, with prices starting at £3,995.00 to £4,995.00.